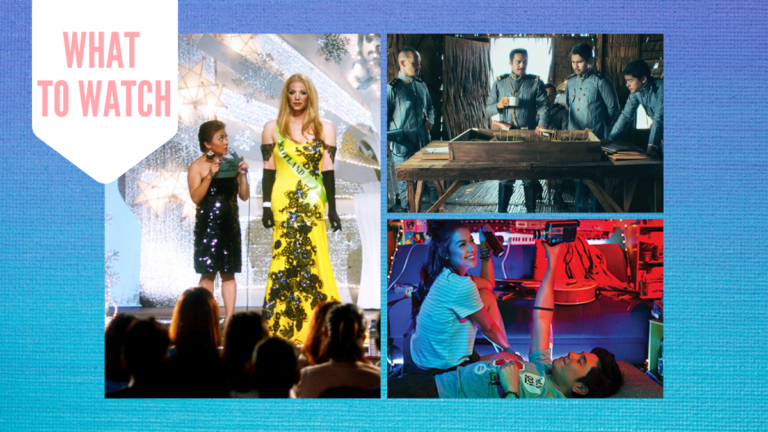 On this month of Independence Day, we’re adding a few Filipino faves into the mix–titles we’re watching this week that ClickTheCity recommends you binge soon!

ALSO READ:
12 Filipino Films You Can Now Stream For Free

Now that many streaming services have a lot of our local content available online, it’s easier to discover and re-watch shows and films. Keep tabs on this weekly rundown where we shortlist ClickTheCity Faves!

TBA Studios uploaded the full movie on YouTube last April for everyone to stream from free. I kicked back with it one afternoon and enjoyed tuning in to the intoxicated tales of youth. It stars Maja Salvador and Paulo Avelino as two college best friends Carson and Dio. One of them has feelings for the other, and is torn between revealing those feelings or keeping them locked up before ‘real life’ begins once they graduate. Many have related to this movie because of its ‘hugot’ moments and friendzone situations. But the movie is not quite a love story. It’s also about family, friendship, and wonderful throwback to the days of youth of being carefree and having fleeting moments (drunk or not). It also features OPM songs so it’s one great soundtrip, too.

2. Heneral Luna | Watch it on Netflix

I rewatched Heneral Luna this weekend and confirmed it’s still one of my favorite Filipino movies of all time. The film follows the brother of famous painter Juan Luna who led the Philippine Revolutionary Army during the Philippine-American War. What I like most about it is the director and producer puts a modern touch in the life of the hero so we can have a better understanding and connection to Heneral Luna. You can also see how much work they’ve put in the film, given that they started production for it in 1996. If for some reason you haven’t seen it yet, now’s the best time especially with everything that’s happening in the Philippines. The film serves a good reminder and inspiration of how our leaders then fought for the Philippines that we have now.

3. V for Vendetta | Watch it on Netflix

As Independence Day approaches, I decided to rewatch one of my favorite films, V For Vendetta. This timeless flick is based on the graphic novel of Alan Moore who also created the critically-acclaimed Watchmen. It follows the mysterious masked persona known as V, who begins a revolution with an explosive plan similar to the “gunpowder plot” of Guy Fawkes in 1605. V For Vendetta is packed with themes, socio-political issues, and statements that are highly relevant in today’s world. Not only the action parts are impressive, but the ideas that it can impart to audiences really make this film cut above the rest. Here’s a tweaked quote from V to better explain it: Within this film there is an idea. And ideas are bulletproof.

4. Die Beautiful | Watch it on Netflix

Die Beautiful centers on Trisha Echevarria, a transgender woman whose final wish is to be transformed into different female celebrities every day of her wake. Four years since I’ve first seen it, the movie still manages to affect me in so many ways. I love how the film captures Trisha’s life and struggles, and their relationships with their family and friends. It’s a good watch for those who want something that has both comedic and emotional moments. It’s a good film to watch if you want something that’s light but still has a heart.