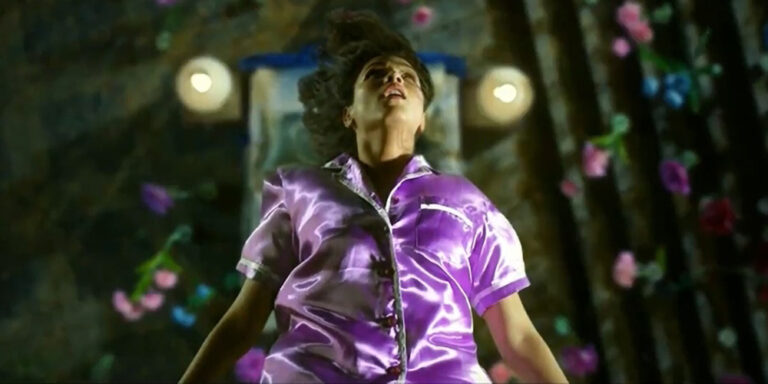 TBA Studios and other streaming sites have made local films available online for free for people who are stuck at home and on the lookout for something to watch during the quarantine period.

The last few days have been stressful for everyone, and if you’ve been keeping tabs on the news on the updates on COVID-19, chances are you’re probably one of those people who are getting more and more anxious and tired to hear “stay home” way too many times.

While the community quarantine can mean canceled plans, closed establishments and an even more hassle commute to and from work, it can also be a good way to discover new things – perhaps a new hobby or a good film. Luckily for the ones looking for something new to watch, TBA Studios and other streaming sites have made local films available online for free for people who are stuck at home and on the lookout for something to watch during the quarantine.

Here are 12 Filipino films you can watch now for free and where to stream them:

Water Lemon premiered in 2015 and is a film set in the coastal town of Mauban, Quezon. It centers on the lives of a grieving widow, a socially-handicapped genius, and a helpless grandfather that interconnect with each other. The film stars Daniel Marsh, Menggie Cobarubbias, Tessie Tomas, Lui Manansala, Lou Veloso, Alessandra de Rossi, and more.

The film premiered at the 2015 QCinema Film Festival where it won Best Screenplay, Best Actress for Tessie Tomas, and Best Supporting Actor for Lou Veloso.

Set in South Cotabato, this film is about a young T’boli woman named K’na who becomes her village’s dreamweaver. With this, she also has a chance to weave together her village’s warring clans, something that requires her to also give up her true love.

The film, which first premiered at the Cinemalaya Film Festival in 2015, stars Mara Lopez, RK Bagatsing, and Erlinda Villalobos.

Matangtubi also premiered at the 2015 QCinema Film Festival and is centered on the town of the same name which is disrupted by a crime, leading to the uncovering of the town’s dark secrets. Amante Pulido, Star Orjaliza, Mariam Orjaliza, Terry Malvar, and more star in this film.

This young-adult film centers on 10-year old Meng who loves the game Patintero even though she is bad at it, earning her the title “patalo” or loser. Wanting to claim the territory of a bunch of high school students in front of a local sari-sari store, she forms a team with a group of fellow losers for the biggest game of patintero of their lives.

Dormitoryo is centered on a dormitory owned by a strict and lonesome widow named Aling Linda. The film tells the stories of the dorm’s occupants: an engineering student named Charles, Max and Sheen, the social entrepreneur Steven and his lover Ramon, a call center agent named Alex and his girlfriend Jenny.

Iisa is a thriller film centered on a never-ending war in a town ravaged by a devastating storm, as well as the woman caught in between. The film stars Jess Mendoza, Rio Locsin, Angeli Bayani, Perry Dizon, Mon Confiado, and more.

Bliss is a psychosexual thriller starring Iza Calzado as Jane Ciego, an actress who gets caught in an accident during the production of a film she’s producing. She is then brought to a secluded house to avoid the press, where she is taken under the care of her husband and an unusual nurse named Lilibeth. Trapped in her own home, she experiences horror and madness as the days go back. TJ Trinidad and Adrienne Vergara join Calzado in the film.

Premiered in last year’s Cinemalaya Film Festival, Edward is a coming-of-age story about a teenage boy who has found a home at a public hospital as he cares for his father. While there, he befriends the hospital staff and caregivers, and he eventually meets a patient named Agnes, who introduces to him a more hopeful view of the world.

Dan Villegas’ Exes Baggage is about Pia and Nix who meet and, despite the wounds from their previous relationships, decide to take a chance on each other. However, as they get into a relationship, they start to question whether or not they’re ready for  love or if they still have baggages from their past. The film stars Angelica Panganiban and Carlo Aquino.

Stream it on: iWant

Nadine Lustre and Sam Concepcion star in Indak, a film about a simple island girl named Jen who loves dancing but doesn’t like to show it to anyone. When a video of her performing goes viral, however, the leader of a dance group convinces her to join their crew as they go to compete in South Korea.

Citizen Jake is the story of Jake Herrera, a journalist and estranged son of a powerful Filipino senator. Wanting to prove that he’s not like his father, he chooses a career that would let him build a life for himself far away from home. However, when a female student from the university he’s teaching in gets murdered, he goes on to investigate about it, leading him to a path where he encounters corruption and his own demons.