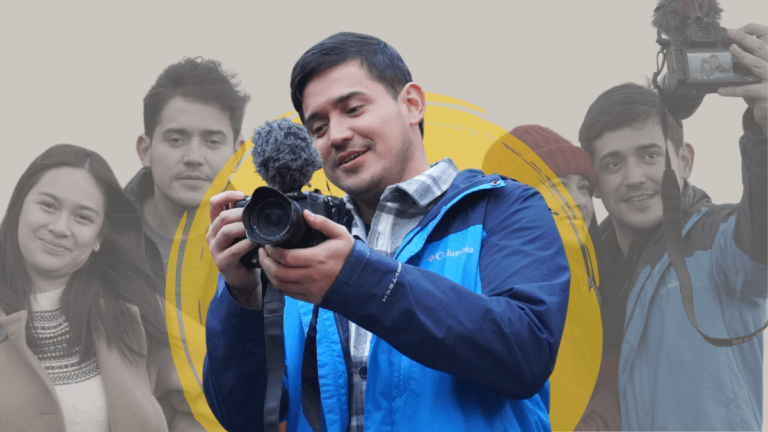 Q&A: Paolo Contis on Embracing Drama and Lessons Learned with ‘A Faraway Land’

Actor-comedian Paolo Contis shares about baring his emotions for 'A Faraway Land,' his chemistry with Yen Santos, and more.

After breaking many hearts last July with ‘Through Night and Day,’ Paolo Contis is turning on the waterworks once again on Netflix with his new film. In A Faraway Land, Contis plays the role of Nico Mercado, a reporter who travels to the Faroe Islands for a documentary film he is working on that centers on lives of OFWs abroad. He meets Mahjoy (played by Yen Santos), a married Filipina expat, and soon this sparks a complicated love story between the two.

‘A Faraway Land’ comes from the same team behind Through Night and Day, so it’s no surprise we are getting the same hugot feelings for this movie, and that everyone’s sharing online their emotions about the film — from the heartbreaking story, to love lessons learned, and even travel envy (how beautiful is the Faroe Islands?).

mood all throughout the movie: pic.twitter.com/fY5f101ifp


okay so i watched ‘a faraway land’ starring paolo contis and it reminded me of the glum reality that no matter how real a love is, how deep, how magical, it can only be momentary – and the only consolation from its repercussion is to live in its memory


me after watching a faraway land pic.twitter.com/GIB7o95ILY

Through a recent Zoom interview, Paolo Contis shared with the Philippine press about baring his emotions for ‘A Faraway Land,’ his chemistry with Yen Santos, and more:

Question: How did you prepare for your character in this film, a reporter covering the story of an OFW living in the Faroes Island?

Paolo Contis: Actually, hindi naman siya nalalayo. I’m from the media. I like talking to people, of course. So it wasn’t really hard to prepare for the character. More on, I had to practice more on the nuances lang, because siyempre hindi naman ako komedyante dito sa pelikulang ito. Sabi nga ni direk sa akin, ‘You have to be charming, ha!’ Di ako charming diba? Sabi ko, sige. ‘Yun ang mahirap na challenge para sa akin. Ayun lang naman, more or less it’s character based lang. Pero it was easy to adapt naman. When I read the script it was very nice.

If there was something in the film that wasn’t shown on camera that you wish that people could see what would that be?

What are the things you learned from playing the character of Nico?

How hard or easy was it for you to build chemistry with Yen?

Chemistry was very easy, because during the first day palang, we were able to talk about what we want to happen for the movie. Yen was very open to suggestions, I was very open to suggestions. Direk was very open doon sa mga gusto namin gawin together, sa mga eksena. So it was easy considering we didn’t have time for a reading, we didn’t have time for any workshops. First time namin nagkita ni Yen was was during the look test, and then shooting na. So malaking bagay na professional siya, at professional din ako. We both wanted the same thing for the film, so it worked well.

How similar or different are you in real life from your character Nico in ‘A Faraway Land?’

Alam mo, di naman ako masyadong nalalayo kay Nico. More or less, I often say what I want, I often know what I have to do when it comes to work, when it comes to love. Siguro ang pagkakaiba lang namin ni Nico, mas emotional si Nico na tao. Ako hindi ako masyadong emotional na tao. I normally keep things to myself, I normally keep things hidden, kapag may dinadama ako I’m just really really quiet. And sabi ko nga, that’s one more thing na natutunan ko dun sa character ni Nico. Baka nga dapat I would be more vulnerable and be more open to my emotions when it comes to everything.

Most of your fans would know you as the funny guy in ‘Bubble Gang.’ How is the adjustment for you to embrace a more serious and dramatic role?

You now have three of your films streaming on Netflix. Can you share how different this experience is, having your movies enjoyed by everyone from their homes? How has Netflix changed the kind of audience that watch your movies now?

Well, sobrang naiba lahat. Because, to be honest, Through Night and Day, and Ang Pangarap Kong Holdap didn’t really do well sa cinemas nung pinalabas siya. And I’m very thankful to Netflix that they got the films, and then I had the opportunity and people actually had the opportunity to watch it. And ngayon, mas tuloy-tuloy.

Ngayon, after A Faraway Land, we went straight to Netflix. It’s a very different opportunity. It’s a very different feeling. Lalo ngayon, now on a pandemic. Masasabi ko na sobrang laking blessing ni Netflix, na kumukuha ng mga pelikula para ma-enjoy ng mga tao. Not only in the Philippines, pero sa buong mundo, yung mga ginagawa natin. We get to work kahit may pandemic because we know that if the film is good enough, then may chance tayo na ma-stream sa Netflix, and I’m very thankful for it.

‘A Faraway Land‘ is now streaming on Netflix.