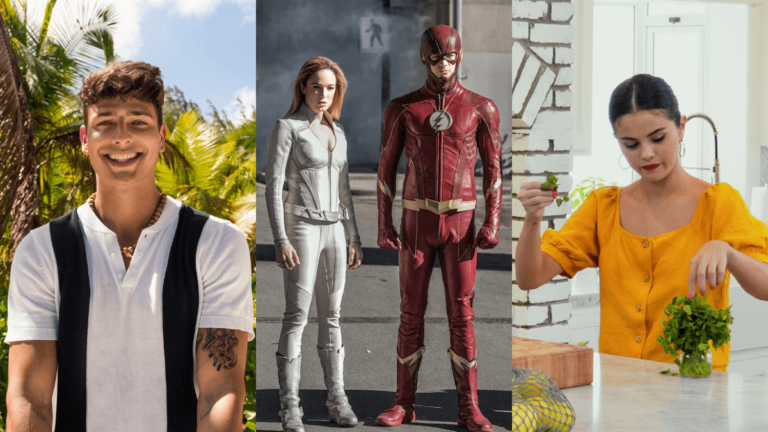 Experience a vast selection of series and movies this month on HBO GO, from reality TV and documentaries to superhero stories.

Starting August, hit the new “Reality” tab on HBO GO to catch more reality series, while on real TV, documentaries not to be missed on this month include Obama: In Pursuit of A More Perfect Union, which explores Barack Obama’s path to becoming the 44th President. DC series continue to grow on HBO GO, as a rag tag team of heroes and villains arrive August 1, while the first season of a DC power couple streams from August 27.

Since quarantining at home, Selena Gomez has been spending more time in the kitchen than ever. But despite her many talents, it remains to be seen if cooking’s one of them. Each episode of this hilariously relatable, informative, and casual cook-along features a different master chef as they help Selena improve her skills and tackle cuisines of every variety – all via video chat. While Selena teams up with these top-tier culinary artists to embrace both the struggle and the joy of learning to cook, audiences are invited to join the fun and follow along at home.

Three women move to a tropical island where they’re joined by 24 men-12 self-proclaimed “Nice Guys” looking for love, and 12 self-proclaimed “FBoys,” there to compete for cold, hard cash. The women will navigate the dating pool together with the hope of finding a lasting love connection. By the finale, all will be revealed – who is a Nice Guy, who is an FBoy, and who do the women ultimately choose. The brand-new HBO Max reality series, Fboy Island, is a social experiment that asks the age-old question: Can FBoys truly reform or do Nice Guys always finish last?

Obama: In Pursuit of a More Perfect Union

This three-part HBO documentary explores the journey of Barack Obama from Illinois State Senator to the 44th U.S. President against the cultural and historical moments that defined his political rise. Archival interviews and speeches from Obama’s career frame insights from a who’s who of political experts — such as Jelani Cobb, David Remnick, Cornel West, Sherrilyn Ifill, Al Sharpton and Jesse Jackson — as they analyse how race and politics intertwined to lead to the election of the country’s first Black president.

In late January 2020, the Diamond Princess left Japan’s Port of Yokohama for a fantasy cruise of Asia – but after a passenger tested positive for a novel coronavirus, which would later come to be known as COVID-19, the subsequent spread on board thrust the ship into the global spotlight. As skyrocketing cases stranded passengers in their staterooms, workers had to continue their duties, exposing themselves to the virus and becoming what we would soon term “essential workers.” Combining harrowing first-person accounts with personal footage from passengers and crew, the HBO documentary film, The Last Cruise, illuminates the class divide that emerged on board, while also exploring the universal failure to heed the ship’s cautionary tale.

Ali & Cavett: The Tale Of The Tapes

See boxing superstar Muhammad Ali through a new lens in the HBO documentary film, Ali & Cavett: The Tale of the Tapes, which uses his many appearances on the Emmy-winning The Dick Cavett Show to give insight into his legacy, in and out of the ring. Ali appeared on the show multiple times between 1968 and 1979 and used his appearances as opportunities to have candid conversations with the host about racial, religious and political injustice.

DC’s Legends Of Tomorrow, Seasons 1 to 5

When heroes alone are not enough, the world needs legends. Having seen the future, one he will desperately try to prevent from happening, time-traveling rogue Rip Hunter is tasked with assembling a disparate group of both heroes and villains to confront an unstoppable threat — one in which not only is the planet at stake, but all of time itself. From the creators of The Flash and Arrow comes this super hero team-up unlike anything that’s ever been seen on television before. Combining characters from both shows — in addition to new heroes from the DC Comics pantheon — this epic story lives in an interconnected universe and presents a high-stakes “feature film” experience with edge-of-your-seat action, time travel, seamless visual effects, and an infectiously fun character dynamic that’s like a Flash/Arrow crossover … times a hundred! Stars Caity Lotz, Brandon Routh and Maisie Richardson-Sellers.

After years of facing megalomaniacal supervillains, monsters wreaking havoc on Metropolis, and alien invaders intent on wiping out the human race, the world’s most famous Super Hero, The Man of Steel aka Clark Kent and comic books’ most famous journalist, Lois Lane, come face to face with one of their greatest challenges ever – dealing with all the stress, pressures and complexities that come with being working parents in today’s society. Complicating the already daunting job of raising two boys, Clark and Lois must also concern themselves with whether their sons Jonathan and Jordan could inherit their father’s Kryptonian superpowers as they grow older. Stars Tyler Hoechlin, Elizabeth Tulloch, Jordan Elsas and Alex Garfin.

ALSO READ:
12 Films & Series on HBO GO to Watch Next

For all these titles and more, download the HBO GO app now at the App Store or Play Store on your device. You can experience a vast selection of television series, movies and HBO Originals, from action and adventure to comedies, documentaries and critically-acclaimed productions. Can’t decide what to watch? Just try the “I’m feeling random” feature to discover something new!

You can also access HBO GO via Cignal, Globe and Skycable or at https://www.hbogoasia.ph/. HBO GO can be accessed via Android TV, Apple TV, LG TV and Samsung Smart TV – and comes with AirPlay and Google Cast functionality.

Ali & Cavett: The Tale of the Tapes

Obama: In Pursuit of a More Perfect Union