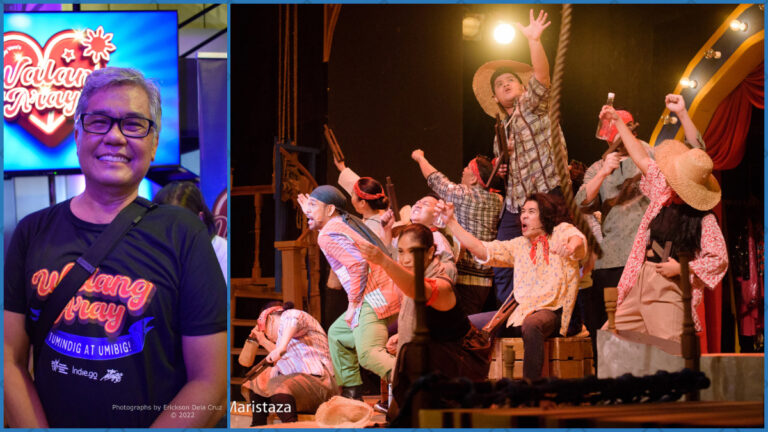 Walang Aray celebrates the joys and victories of Filipinos, while remembering our colorful history in the theater, and against our oppressors.

Playwright Rody Vera reveals that Walang Aray was originally written in 2007 as a screenplay commissioned by Jun Reyes, the award-winning filmmaker, veteran advertising director, and founder of top creative content agency Indie.Go Media. Fittingly so, Reyes is the great-grandson and creative heir of Severino Reyes, who wrote the famous 1898 zarzuela Walang Sugat, on which Walang Aray is based.

The Indie.Go Media film project, however, did not push through as originally planned, as Vera tells, “I had so much fun writing the screenplay, but unfortunately, the cost of doing such a wonderful musical film was much too high. The piece was shelved and for more than ten years it remained in the ‘baul’.”

In 2018, Vera presented Walang Aray to PETA, and Artistic Director Maribel Legarda suggested having original music for the show instead of the initial plan of using OPM songs. “At first, I was a bit reluctant, saying that choosing which OPM song to sing was integrally part of the whole style and tone of the screenplay. But when Vince Lim churned out his first few songs, I was conVinced,” Vera enthused. After much adjustment and revisions to translate the musical from screen to stage, Walang Aray was first performed in a PETA Lab show in 2018 and 2019 under the direction of Ian Segarra with original music and musical direction by Vince Lim, generating an enthusiastic and positive response from audiences and critics alike.

Vera’s updated stage version of Walang Aray is literature and history brought to life in the most cutting-edge and entertaining way, as the musical masterfully blends the timelessly old with modern terminology, funk and pop music, and tongue-in-cheek comedy.

It is a farce and a tribute with so many layers: the musical form of the zarzuela that has been labeled as “outdated” has been reinvented for new audiences without compromising its roots, and the historical narrative also resonates with the present time.

Vera states that amidst the humor and entertainment, Walang Aray also provides commentary on the institutions of old. But is it just poking fun at the villains of our history? Not quite, because the institutions placed under farcical scrutiny in Walang Aray are still here, though modified or configured differently.

“The hypocrisy, the power trips, hidden desires, deceptions, and idiosyncrasies — they’re all still here. And I think that’s exactly what makes this ‘slight’ adjustment from the original zarzuela relatable to us today,” Vera explains.

As the first show to hit the PETA stage after the COVID-19 pandemic, Walang Aray represents the hope that theater can now enter a new chapter after years of global tragedy and hardships. “The pandemic was a long, terrible nightmare and now, we’re back on track ready to fulfill what we all planned – and more!,” says Vera. “While we’re aware these things indeed happened and may happen again, we’re also here to remind people that theater, always… ALWAYS dies and is born anew.”

Walang Aray celebrates the joys and victories of Filipinos, while remembering our colorful history in the theater, and against our oppressors. 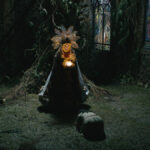 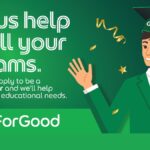