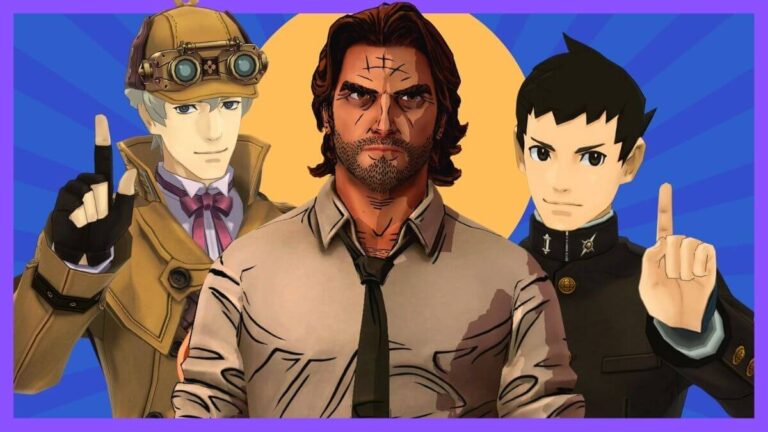 Are you ready to investigate and solve compelling cases?

One of the tools that could make a story engaging and unforgettable is a good mystery entwined with surprising plot twists. This is why the mystery genre continues to thrive, because we can’t deny that ecstatic feeling of joining a detective in solving a compelling case, being presented with clues, and getting that “Aha!” moment once the truth comes to light.

Of course, this applies mostly to shows, films, and books. Meanwhile, video games could make the feeling even more enjoyable because it really puts you in the shoes of the character and it’s really up to you if you could solve the mystery! If you want to play such games where you get to solve cases, here are some titles you better check out!

From Rockstar Games, the creator of the Grand Theft Auto series, comes this crime thriller with breathtaking action on top of its interactive detective story. Set during Hollywood’s post-war Golden Age, LA Noire makes you assume the role of LAPD detective Cole Phelps, solve a string of arson attacks, brutal murders, conspiracies, and a secret that could shake the corrupted city at its core.

The Wolf Among Us

TellTale Games’ The Wolf Among Us is a graphic mystery adventure set in Fabletown, where fairy tales and the real world converge. You play as Bigby Wolf, formerly known as the Big Bad Wolf, who is tasked to keep his fellow Fables– magical creatures disguised as humans–in check. When the unstable peace in Fabletown is further disturbed by a murder, Bigby must find out the truth before it’s too late. Like TellTale’s other titles such as The Walking Dead series, this game is packed with choices that will affect how your story progresses.

The first Phoenix Wright: Ace Attorney game was released in 2001 for the Game Boy Advance and has become available on multiple platforms since its HD remake. In this trilogy, you set off as the rookie attorney Phoenix Wright who must defend your clients from all sorts of accusations. As Wright, you must investigate the crime scenes, gather evidence, and take them to court where you’ll have to bring out the truth from the witnesses by pointing out contradictions in their testimonies and presenting proof of their lies. Despite the court setting, the game is lighthearted with really entertaining dialogues and stories.

The Great Ace Attorney Chronicles serves as a prequel to the original franchise, where players will follow the story of Wright’s ancestor Ryunosuke Naruhodo. The gameplay formula also follows the main series, but what makes this duology refreshing is that it is set in Victorian-era Japan and Britain. Joining the rookie attorney Ryunosuke in his mission to uphold justice are an ensemble of colorful characters including the English consulting detective Herlock Sholmes.

This detective RPG title is designed like an open-world game that gives you a lot of choices and paths to follow. In fact, in this game, you could end up as an honorable detective or take bribes and get rich. Shape your character with 24 wildly different skills, a wide selection of tools, psychoactive substances, and more! Aside from a massive murder case, you can also navigate Disco Elysium’s world and solve side-cases during breaks.

Return of the Obra Dinn

This first-person mystery game offers unique visuals with its minimalist pixel graphics. In 1802, the merchant ship went missing at sea. Five years later, it appears at Falmouth with damaged sails and no visible crew. As an insurance investigator, your mission is to travel to Falmouth, find a way into the ship, and assess the damages. Of course, you might as well discover what really happened to the ship after all these years.

Discworld Noir has been around since 1999 and it remains worthy of a playthrough for players dedicated to the genre, that is if they’re able to secure a copy. Based on Terry Pratchett’s satirical Discworld universe in the comics, this game follows Discworld’s only private investigator as a mysterious murder drags him into a sinister plot involving the deadly occult in the city.

Frog Detective 2: The Case of the Invisible Wizard

Here’s a whimsical detective game with an estimated 1-hour playthrough for your quick sleuthing satisfaction. Play as the Frog Detective in this sequel where you must find out ‘whodunnit’ when the town’s welcoming celebration for a mysterious invisible wizard ends tragically.

Available on PC and iOS

Gemini Rue tells the sci-fi story of two characters whose fates are meant to converge and affect the whole galaxy. Azriel Odin is a former assassin who arrives on the rain-drenched planet of Barracus and must seek the help of the criminals he used to work for. Meanwhile, from across the galaxy, a man called Delta-Six wakes up on a hospital bed with no memory. The two would soon discover a world where life is cheap and identities are bought and sold like consumable products.

The detective genre may not be as impressive as it is without Arthur Conan Doyle’s Sherlock Holmes. While the character has been into many video games, one of the recent titles that players would appreciate is Sherlock Holmes: Crimes & Punishments. Become the consulting detective and solve six compelling cases involving murders, missing persons, spectacular thefts, and more!

ALSO READ
7 Free Mobile Games That will Challenge Your Brain

Looking for more video games to play? Check out our latest video game lists. Stay in the loop and connect with us on Facebook, Instagram, and Twitter. 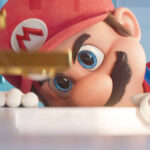 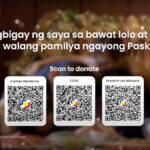 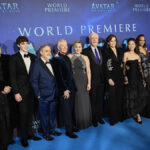 World Premiere of “Avatar: The Way Of Water” – Footage and Stills