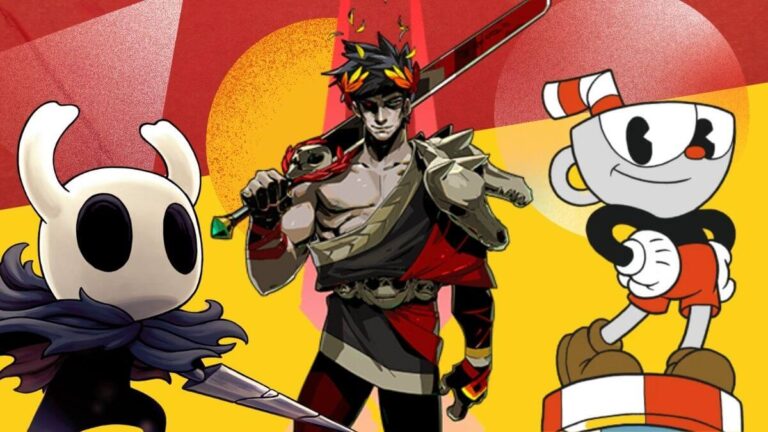 Time to discover more games made by independent creatives!

The internet has really opened up a lot of opportunities for creatives from around the globe, giving everyone various platforms to be heard. Musicians, artists, writers, and even filmmakers are now able to showcase their talents to the world without the backing of the biggest companies and studios out there. But the independent artists are not only thriving in the music scene or the field of filmmaking, even the indie works of programmers and small studios are being celebrated in the gaming community, spawning a vast pool of indie games, with some even surpassing their mainstream counterparts.

If you’ve always been loyal to the most popular video game franchises and now you’ve decided to try something new, then this list is for you! Here are some of the best indie titles that will open up your mind to bigger possibilities in gaming!

Hades was dubbed Game of the Year by various gaming outfits in 2020 and was even the first video game to be given a Hugo Award. This rogue-like, hack-and-slash game lets players control Zagreus, the Prince of the Underworld who defies his father Hades and attempts to escape the realm teeming with mythical monsters. To do so, you need to equip and upgrade Zagreus’ weapons, grasp the power of the gods of Olympus, and destroy the dangerous enemies that stand in your way.

Many would consider Stardew Valley as the quintessential life and farming sim, polishing and perfecting the genre that was first made popular by the Harvest Moon franchise. In this game, your late grandfather had left you a plot of land on a quiet rural town, asking you to take care of it. Thus, your task is to clean it up, grow crops, and make it thrive. Aside from planting, the game also comes with combat, crafting, fishing, mining, and so much more. You also get to befriend the villagers, grow close to them, and even marry them when the time is right.

Hollow Knight is an action-packed 2D side scroller that takes you to an adventure across a vast open world of Hallownest, full of twisting caverns, ancient cities, and deadly wastes. As you progress, you get to develop more power, speed, and spells as the story unravels before you. Befriend bugs, battle dangerous monsters, and face over 30 bosses in this charming, haunting, and ultimately fun-to-play indie game.

While at first glance, Undertale appears to be a typical retro-looking RPG game, it is actually highly-acclaimed and respected in the gaming community for offering gameplay that’s really unique and unconventional. The game takes you to the Underworld where you will be faced with different monsters, and you have the choice to kill or converse with them. While killing lets you progress much faster, defeating your foes without violence elevates the experience, thanks to its smart writing that’s consistently hilarious and sometimes, even heartwarming.

Celeste is a pixel platformer that delivers tight gameplay with beautiful environments and a compelling story that gamers quickly fell in love with. Join Madeline as she embarks on a journey to the top of Celeste Mountain, facing its perils and her inner demons and uncovering the mountain’s secrets along the way. Surpass over 700 screens of hardcore platforming challenges and become a brave mountaineer in this awe-inspiring game about self-discovery.

Cuphead is a highly-challenging run-and-gun game that is filled with heart-pumping boss battles. Play as Cuphead or Mugman as they traverse strange and whimsical worlds in their quest to pay their debt back to the Devil. While this title delivers a solid gameplay, what really makes it stand out is its presentation– its eye-popping visuals and catchy tunes are all inspired by cartoons from the 1930s, making the game a delightful treat to the senses!

Oxenfree is a supernatural thriller that takes story-driven games to new heights. You play the bright yet rebellious teen Alex who brings her stepbrother to an overnight party on an old military island. But the night turns awry when Alex and her friends unwittingly open a ghostly gate tied to the island’s mysterious past. Through the game’s conversation system, Alex’s story and the fate of each of her friends will be determined by your decisions as you unravel the story behind the island.

Little Nightmares is a 3D horror adventure game that features a dark, whimsical world filled with terrifying creatures. The game puts you in the shoes of Six, a young girl who must find her way out of the Maw that’s crawling with creepy monsters and laden with puzzles for you to solve. Along the way, you will face the blind and deformed Janitor, the torturous twin Chefs, the mindless Guests wanting to get a bite off of you, and so much more!

This story exploration game has a simple premise and a simple environment, but the intrigue and curiosity will quickly suck you in. On June 7, 1995, after midnight, you arrive home after spending a year abroad. But instead of the family greeting you, the house is seemingly empty, and your task is to find clues and piece them together to find out what happened.

This “dystopian document thriller” is definitely worth checking out for those who want something really different. The communist state of Astotzka has just ended a 6-year war with the neighboring Kolechia and reclaimed its rightful half of the border town of Grestin. As an immigration officer, you are tasked to study the documents of people trying to enter the Arstotzkan side of Grestin, making sure that no smugglers, spies, or terrorists will pass through. But don’t expect this game to be all technical, because your morals and sympathy will also be put to the test!

Looking for more video games to play? Check out our latest video game lists! You can also share your favorite indie games, rate them, and review them on My ClickTheCity!