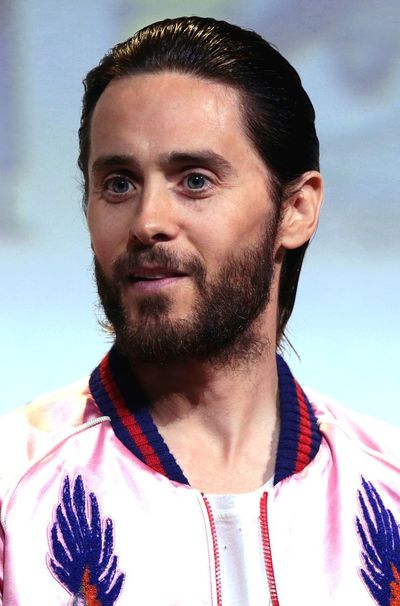 Jared Joseph Leto (born December 26, 1971) is an American actor, singer-songwriter, and director. After starting his career with television appearances in the early 1990s, Leto achieved recognition for his role as Jordan Catalano on the television series My So-Called Life (1994). He made his film debut in How to Make an American Quilt (1995) and received critical praise for his performance in Prefontaine (1997). Leto played supporting roles in The Thin Red Line (1998), Fight Club (1999) and American Psycho (2000), as well as the lead role in Urban Legend (1998), and earned critical acclaim after portraying heroin addict Harry Goldfarb in Requiem for a Dream (2000). He later began focusing increasingly on his music career, returning to acting with Panic Room (2002), Alexander (2004), Lord of War (2005), Lonely Hearts (2006), Chapter 27 (2007), and Mr. Nobody (2009). In 2012, he directed the documentary film Artifact.

Leto's performance as a transgender woman in Dallas Buyers Club (2013) earned him an Academy Award, a Golden Globe Award, and a Screen Actors Guild Award for Best Supporting Actor. Leto is considered to be a method actor, known for his constant devotion to and research of his roles. He often remains completely in character for the duration of the shooting schedules of his films, even to the point of adversely affecting his health. He is also known to be selective about his film roles.

Leto is the lead vocalist, multi-instrumentalist and main songwriter for Thirty Seconds to Mars, a band he formed in 1998 in Los Angeles, California, with his older brother Shannon Leto. Their debut album, 30 Seconds to Mars (2002), was released to positive reviews but only to limited success. The band achieved worldwide fame with the release of their second album A Beautiful Lie (2005). Their following releases, This Is War (2009) and Love, Lust, Faith and Dreams (2013), received further critical and commercial success. As of September 2014, the band has sold over 15 million albums worldwide. Leto has also directed music videos, including the MTV Video Music Award–winning "The Kill" (2006), "Kings and Queens" (2009), and "Up in the Air" (2013).

Jared Joseph Leto was born on December 26, 1971, in Bossier City, Louisiana, to Constance Leto (née Metrejon). His mother has Cajun ancestry. "Leto" is the surname of his stepfather. His parents divorced when he was a child, and he and his older brother Shannon Leto lived with their mother and their maternal grandparents, William Lee Metrejon and Ruby Russell. His father remarried and committed suicide when Jared was eight. Leto moved frequently with his family from his native Louisiana to different cities around the country. "My mom's father was in the Air Force," Leto has explained, "so moving around a lot was a normal way of life." Leto has two younger half-brothers from his father's second marriage.

Constance joined the hippie movement and encouraged her sons to get involved in the arts. "I was raised around a lot of artists, musicians, photographers, painters and people that were in theater," he stated in an interview with Kerrang!; "Just having the art communal hippie experience as a child, there wasn't a clear line that was drawn. We celebrated creative experience and creative expression. We didn't try and curtail it and stunt any of that kind of growth." Leto started playing music with his brother at early age and his first musical instrument was a broken-down piano.

After dropping out briefly in the 10th grade, Leto decided to return and focus on his education at the private Emerson Preparatory School in Washington, D.C., but graduated from Flint Hill School in Oakton, Virginia. He was interested in large-scale visual art and enrolled at the University of the Arts in Philadelphia. After developing an interest in filmmaking, he transferred to the School of Visual Arts in New York City. While he was a student there, he wrote and starred in his own short film, Crying Joy.

In 1992, Leto moved to Los Angeles to pursue a career in directing, intending to take acting roles on the side. He found minor roles on television shows but his first break came in 1994, after he was cast opposite Claire Danes as Jordan Catalano, her love interest, in the short-lived but well-reviewed ABC teen drama My So-Called Life. The show was praised for its portrayal of adolescence and gained a strong cult following, despite being canceled after only one season. The same year, he made his television film debut starring alongside Alicia Silverstone in Cool and the Crazy, and landed his first film role in the 1995 drama How to Make an American Quilt. He later co-starred with Christina Ricci in The Last of the High Kings (1996) and got a supporting role in Switchback (1997).

In 1997, Leto starred in the biopic Prefontaine in which he played the role of Olympic hopeful Steve Prefontaine. For the preparation of the role, Leto immersed himself in the runner's life, training for six weeks and meeting with members of his family and friends. He bore a striking resemblance to the real Prefontaine, also adopting the athlete's voice and upright running style. His portrayal received positive reviews from critics and is often considered his breakthrough role. Peter Stack of the San Francisco Chronicle noted how Leto played the athlete with raw vitality; "With hypnotic blue eyes and dirty blond hair, Leto captures the rock-star style Prefontaine affected, and he looks natural in fiery performances on the track, as well as off, where Pre affected a brash, confrontational style."

After landing the lead role of a British aristocrat in the 1998 drama Basil, Leto starred in the horror Urban Legend. The film was poorly received by most movie critics, however, it was a financial success. The same year, Terrence Malick cast Leto for a supporting role in the war film The Thin Red Line alongside Sean Penn and Adrien Brody. It garnered mostly positive reviews and was a moderate success in the box office. It received multiple awards and nominations, including seven Academy Award nominations; Leto shared a Satellite Award with the rest of the cast.

Leto formed the rock band Thirty Seconds to Mars in 1998 in Los Angeles, California with his brother Shannon. When the group first started, Jared Leto did not allow his position of Hollywood actor to be used in promotion of the band. Their debut album had been in the works for a couple of years, with Leto writing the majority of the songs. Their work led to a number of record labels being interested in signing Thirty Seconds to Mars, which eventually signed to Immortal Records.

In 1999, Leto played a gay high school teacher who attracts the attentions of Robert Downey, Jr. in Black and White, and got a supporting role in the drama Girl, Interrupted, an adaptation of the memoir of the same name by Susanna Kaysen. He then portrayed Angel Face in Fight Club (1999), a film adaptation of Chuck Palahniuk's novel of the same name, directed by David Fincher. He began dating actress Cameron Diaz in 1999 and the couple became engaged in 2000.

Leto played Paul Allen, a rival of Patrick Bateman, in the psychological thriller American Psycho (2000). Though the film polarized audiences and critics, Leto's performance was well received. The same year, he starred as heroin addict Harry Goldfarb in Requiem for a Dream, an adaptation of Hubert Selby, Jr.'s novel of the same name, directed by Darren Aronofsky and co-starring Ellen Burstyn, Jennifer Connelly, and Marlon Wayans. To prepare for his role, Leto lived on the streets of New York City and refrained from having sex for two months prior to shooting. He starved himself for months, losing 28 pounds to realistically play his heroin addict character. After the shooting of the film, Leto moved to Portugal and lived in a monastery for several months to gain weight. His performance received critical acclaim by film critics who notably praised the actor's emotional courage in portraying the character's physical and mental degradation. Peter Travers from Rolling Stone commented that Leto "excels by going beyond Harry's gaunt look to capture his grieving heart. His scenes with Ellen Burstyn as Sara, Harry's widowed mother, achieve a rare poignancy as son and mother drown in delusions."

Leto next appeared in the independent film Highway. Set in 1994, Leto is caught with the wife of his employer, a Vegas thug, and flee to Seattle with his best friend Jake Gyllenhaal in the week preceding Kurt Cobain's suicide. Filming finished in early 2000, but the film was not released until March 2002 on home video formats, although originally scheduled for a theatrical release.

During this period Leto focused increasingly on his music career, working with producers Bob Ezrin and Brian Virtue on his band's debut album 30 Seconds to Mars, which was released on August 27, 2002, in the United States through Immortal and Virgin. It reached number 107 on the US Billboard 200 and number one on the US Top Heatseekers. Upon its release, 30 Seconds to Mars was met with mostly positive reviews; music critic Megan O'Toole felt that the band managed to "carve out a unique niche for themselves in the rock realm." The album was a slow-burning success, and eventually sold two million copies worldwide.

Leto returned to acting in 2002 with the thriller Panic Room, which marked his second teaming with director David Fincher. He played the supporting role of Junior, a burglar who terrorizes Jodie Foster. The film was well received by critics and became a financial success, grossing nearly US$200 million worldwide. In 2003, Leto and Cameron Diaz ended their four-year relationship. Leto's next film was the 2004 biographical film Alexander, directed by Oliver Stone. He portrayed Hephaestion, the closest friend of Alexander the Great. The film failed in the United States; Stone attributed its poor reception to disapproval of the depiction of Alexander's bisexuality, but it succeeded internationally, with worldwide revenue of US$167 million.

The following year, Leto starred together with Nicolas Cage in the political crime thriller Lord of War. He played Vitaly, the younger brother of illegal arms dealer Yuri Orlov. The film was officially endorsed by the human rights group Amnesty International for highlighting the arms trafficking by the international arms industry. It was positively received by movie critics and was a moderate commercial success.

It took two years to record Thirty Seconds to Mars' second studio album A Beautiful Lie, with the band traveling to four different continents to accommodate Leto's acting career. A Beautiful Lie was released on August 30, 2005, in the United States. It has since been certified platinum by the Recording Industry Association of America (RIAA), and has reached platinum and gold status in several countries, with a sales total of over four million.[3] The band heavily toured in support of the album and played at several major festivals, including Roskilde, Pinkpop, Rock am Ring, and Download.

In 2014, Leto premiered the documentary series Into the Wild, which tells the story behind the concert tour of the same name by Thirty Seconds to Mars that propelled the group into arenas around the world and was certified by the Guinness World Records as the longest running tour in the history of rock music. The series is produced by Leto and Emma Ludbrook and was released through the online platform VyRT. In December of that year, Warner Bros. confirmed that Leto would play the role of the Joker in Suicide Squad (2016), an upcoming supervillain film based on the comic book series of the same name 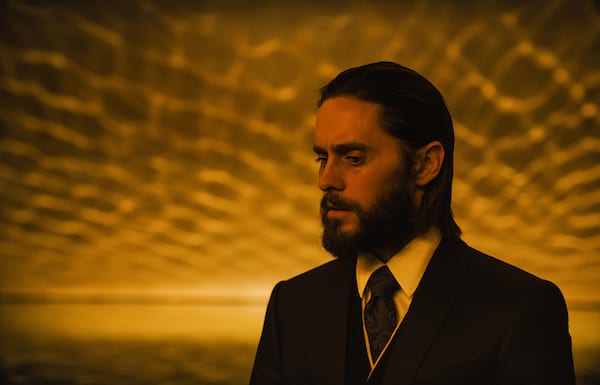 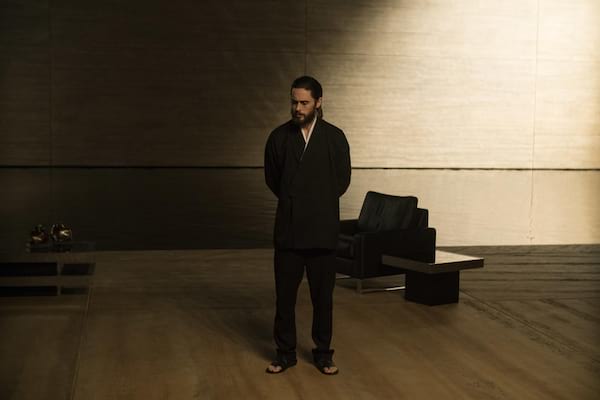 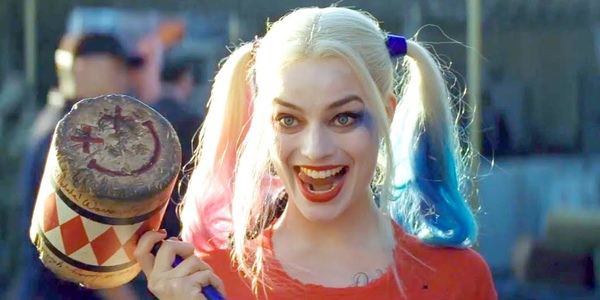 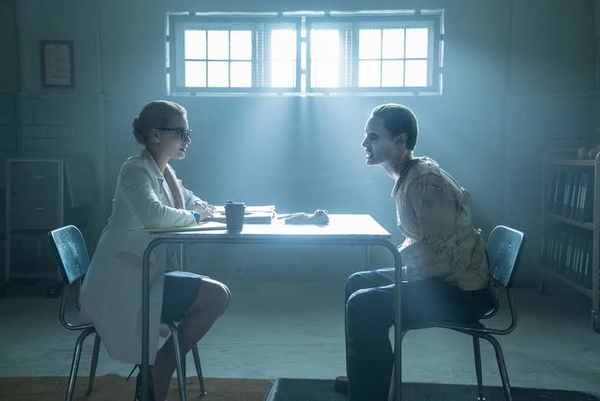 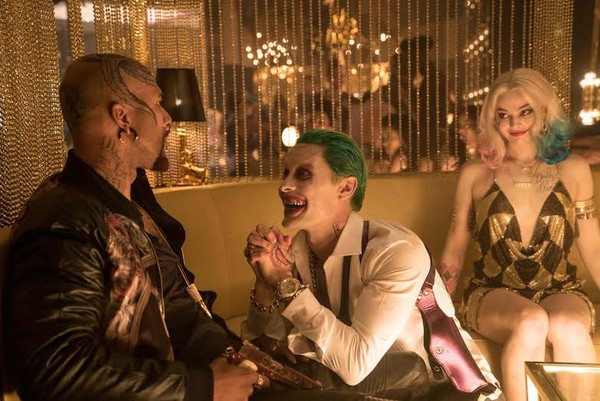 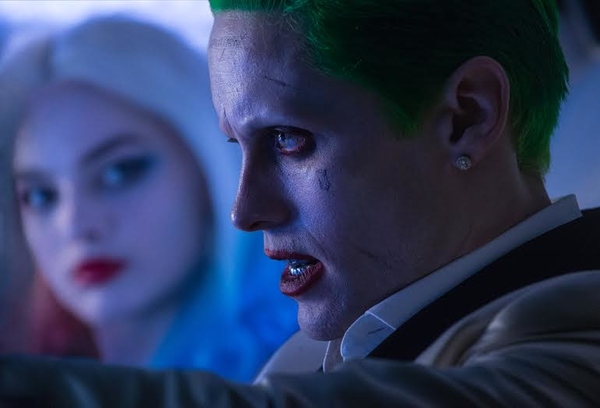 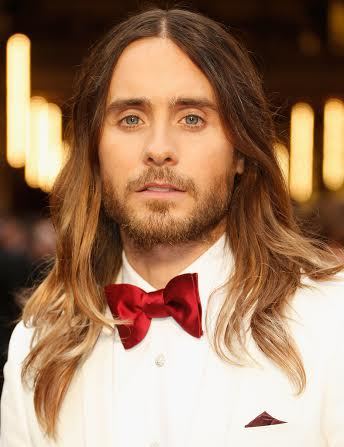 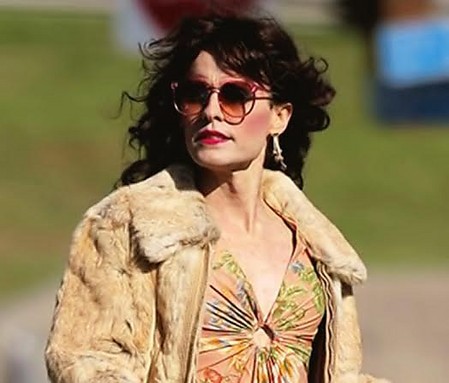 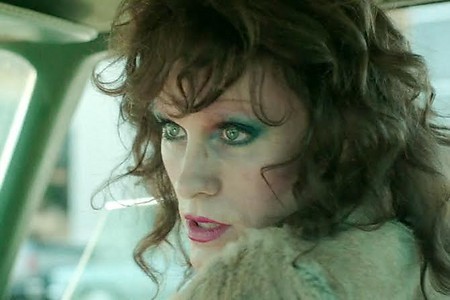 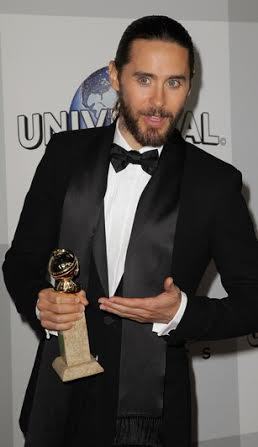