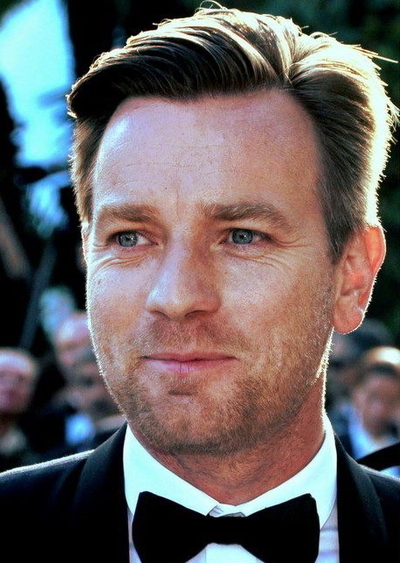 McGregor's first professional role was in 1993, when he won a leading role in the British Channel 4 series Lipstick on Your Collar. Some of his best known roles include heroin addict Mark Renton in the drama films Trainspotting (1996) and T2 Trainspotting (2017), Jedi Obi-Wan Kenobi in the Star Wars prequel trilogy (1999–2005), poet Christian in the musical film Moulin Rouge! (2001), young Edward Bloom in Big Fish (2003), Rodney Copperbottom in Robots (2005), Camerlengo Father Patrick McKenna in Angels and Demons (2009), "the ghost" in Roman Polanski's political thriller The Ghost Writer (2010), Dr. Alfred Jones in the romantic comedy-drama Salmon Fishing in the Yemen (2011), and Lumière in a live-action adaptation of the musical romantic fantasy Beauty and the Beast (2017).

McGregor won a Golden Globe Award for Best Actor – Miniseries or Television Film for his dual performance in the 2017 FX anthology series in the third season of Fargo and received Golden Globe nominations for Best Actor – Musical or Comedy for both Moulin Rouge! and Salmon Fishing in the Yemen. McGregor has also starred in theatre productions of Guys and Dolls (2005–07) and Othello (2007–08). He was ranked number 36 on Empire magazine's "The Top 100 Movie Stars of All Time" list in 1997. In a 2004 poll for the BBC, McGregor was named the fourth most influential person in British culture. He has been involved in charity work and has served as an ambassador for UNICEF UK since 2004. In 2016, he received the BAFTA Britannia Humanitarian Award.

McGregor was born in Perth and raised in Crieff. His mother, Carol Diane (née Lawson), is a retired teacher at Crieff High School and latterly deputy head teacher at Kingspark School in Dundee. His father, James Charles Stewart "Jim" McGregor, is a retired physical education teacher and careers master at Morrison's Academy in Crieff. He has an older brother, Colin (born 1969), a former Tornado GR4 navigator in the Royal Air Force. His uncle is actor Denis Lawson and his aunt by marriage was actress Sheila Gish, which makes him a step-cousin of Gish's actress daughters, Kay Curram and Lou Gish.

McGregor attended the independent Morrison's Academy in Crieff. After leaving school at the age of 16, he worked as a stagehand at Perth Theatre and studied a foundation course in drama at Kirkcaldy College of Technology, before moving to London to study drama at the Guildhall School of Music and Drama when he was 18 years old.

Six months prior to his graduation from Guildhall, McGregor won a leading role in Dennis Potter's six-part Channel 4 series Lipstick on Your Collar (1993). Not long afterwards, he starred in the BBC adaptation of Scarlet and Black (also 1993) with a young Rachel Weisz, and made his film debut in Bill Forsyth's Being Human (1994). For his role in the thriller Shallow Grave (also 1994), he won an Empire Award. The film was his first collaboration with director Danny Boyle. His international breakthrough followed with the role of heroin addict Mark Renton in Boyle's Trainspotting (1996), an adaptation of Irvine Welsh's novel of the same name.

McGregor played the male romantic lead role in the British film Little Voice (1998). He was cast as the young Obi-Wan Kenobi in Star Wars: Episode I – The Phantom Menace (1999); the character was originally played by Sir Alec Guinness in the first Star Wars trilogy. While the prequels received criticism from Star Wars fans, McGregor's performance was well received. He reprised the role of Obi-Wan Kenobi for the subsequent prequels Star Wars: Episode II – Attack of the Clones (2002) and Star Wars: Episode III – Revenge of the Sith (2005). His uncle, Denis Lawson, had played Wedge Antilles in the original trilogy.

McGregor starred in Moulin Rouge! (2001) as the young poet Christian, who falls in love with the terminally-ill courtesan Satine (Nicole Kidman). He starred alongside Renée Zellweger in Down With Love (2003). He also portrayed the younger Edward Bloom in the critically acclaimed film Big Fish (2003) alongside Albert Finney, Jessica Lange, Alison Lohman and Billy Crudup. In the same period, he also received critical acclaim for his portrayal of an amoral drifter mixed up with murder in the drama Young Adam (also 2003), which co-starred Tilda Swinton.

McGregor voiced two successful animated features; he played the robot Rodney Copperbottom in Robots, which also featured the voices of Halle Berry and Robin Williams, and he voiced the lead character in Gary Chapman's Valiant (both 2005), alongside Jim Broadbent, John Cleese and Ricky Gervais. Also around this time, McGregor played two roles — one a clone of the other — opposite Scarlett Johansson in Michael Bay's science fiction action thriller film The Island. He also headlined Marc Forster's 2005 film Stay (both 2005), a psychological thriller co-starring Naomi Watts and Ryan Gosling.

He narrated the Fulldome production Astronaut (2006), created for the National Space Centre. Around the same time, he also narrated the STV show JetSet (also 2006), a six-part series following the lives of trainee pilots and navigators at RAF Lossiemouth as they undergo a gruelling six-month course learning to fly the Tornado GR4, the RAF's primary attack aircraft. McGregor starred opposite Colin Farrell in the Woody Allen film Cassandra's Dream (2007), and he co-starred with Jim Carrey in I Love You Phillip Morris and appeared in Amelia (both 2009) alongside Hilary Swank. He played "the ghost" — the unnamed main character — in Roman Polanski's political thriller The Ghost Writer (2010). He portrayed Camerlengo Patrick McKenna in Angels & Demons (also 2009), the film adaptation of Dan Brown's novel of the same name. At the 2011 Seattle International Film Festival, he was awarded with the SIFF Golden Space Needle Award for Outstanding Achievement in Acting.

In 2012, he was a member of the Jury for the Main Competition at the 2012 Cannes Film Festival. At the San Sebastián International Film Festival, he was awarded the Donostia Lifetime Achievement Award and became the youngest recipient of the award.

McGregor starred in the action comedy film Mortdecai (2015), alongside Johnny Depp, Olivia Munn, and Paul Bettany. Robbie Collin of The Daily Telegraph felt the film was "psychotically unfunny". He made his directorial debut with American Pastoral (2016), in which he also starred.

He reprised his role as Mark Renton in T2: Trainspotting 2 (2017). McGregor played Lumiere in the live action version of Disney's Beauty and the Beast (also 2017), directed by Bill Condon. Filming began in May 2015 at Shepperton Studios in London, and the movie was released in March 2017. He then starred in FX anthology series in the third season of Fargo (both 2017), which garnered him a Golden Globe Award for Best Actor – Miniseries or Television Film for his dual performance of Emmit Stussy and Ray Stussy at the 75th Golden Globe Awards. McGregor is set to play an adult version of Christopher Robin in a live-action film of the Winnie the Pooh franchise, directed by Marc Forster; co-starring with Hayley Atwell.

From November 1998 to March 1999, McGregor starred as Malcolm Scrawdyke in a revival of David Halliwell's Little Malcolm and His Struggles Against the Eunuchs, directed by his uncle, Denis Lawson. The production was first staged at the Hampstead Theatre before transferring to the Comedy Theatre in London's West End. In November 2001, McGregor made a cameo appearance in The Play What I Wrote.

From June 2005 to April 2007, McGregor starred alongside Jane Krakowski, Douglas Hodge and Jenna Russell in the Donmar Warehouse revival of Guys and Dolls after it transferred to the Piccadilly Theatre in London. He played the leading role of Sky Masterson. McGregor received the LastMinute.com award for Best Actor for his performance in 2005, and he was nominated for a Laurence Olivier Award for Best Actor in a Musical in 2007.

From December 2007 to February 2008, McGregor starred as Iago in Othello at the Donmar Warehouse alongside Chiwetel Ejiofor as Othello and Kelly Reilly as Desdemona. He reprised the role on BBC Radio 3 in May 2008.

McGregor married Eve Mavrakis, a French-Greek Jewish production designer whom he met on the set of Kavanagh QC, in 1995. Together they have four daughters, one of them adopted from Mongolia. McGregor has a heart and dagger tattoo of the names of his wife and daughters on his right arm. The family lived in Los Angeles, California, having relocated from North London. With his children raised in Mavrakis' Jewish faith, McGregor has said, "My involvement in religion has more to do with the Jewish faith now and not the Christian faith, which I was very vaguely brought up in". As of May 2017, he was estranged from his wife and dating actress Mary Elizabeth Winstead, whom he met on the set of season 3 of Fargo in which they starred together. On 19 January 2018, McGregor filed for divorce from his wife, citing irreconcilable differences.

McGregor is involved in charity work, including UNICEF UK since 2004 and GO Campaign. During the Long Way Round journey in 2004, McGregor and his travelling companions saw some of UNICEF's work in Ukraine, Kazakhstan, and Mongolia, and during the Long Way Down trip in 2007, he and Charley Boorman did some work for UNICEF in Africa. McGregor hosted the annual Hollywood gala for the GO Campaign in 2009 and 2010. He has worked with the Children's Hospice Association Scotland, as featured in Long Way Down. In 2012, he travelled with UNICEF immunization workers to remote parts of India, Nepal and the Republic of Congo for a BBC2 documentary entitled Ewan McGregor: Cold Chain Mission. In June 2015, McGregor read Hans Christian Andersen's "The Little Match Girl" for the children's fairytales app GivingTales in aid of UNICEF, together with other prominent figures such Roger Moore, Stephen Fry, Joan Collins, Joanna Lumley, and Michael Caine.

In 2007, on an episode of Parkinson, McGregor stated that he had given up alcohol after a period where he was arguably a functioning alcoholic, and that he had not had a drink in seven years. In 2008, he had a cancerous mole removed from underneath his right eye. 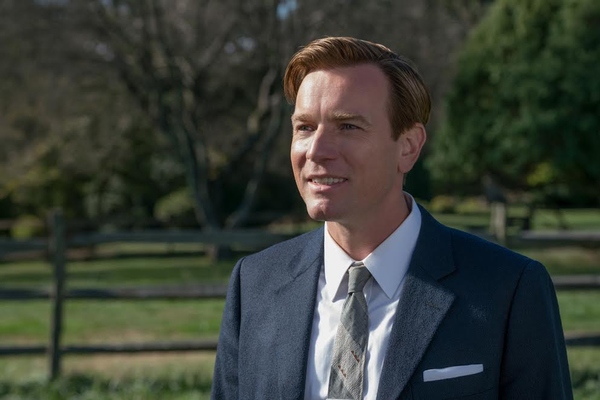 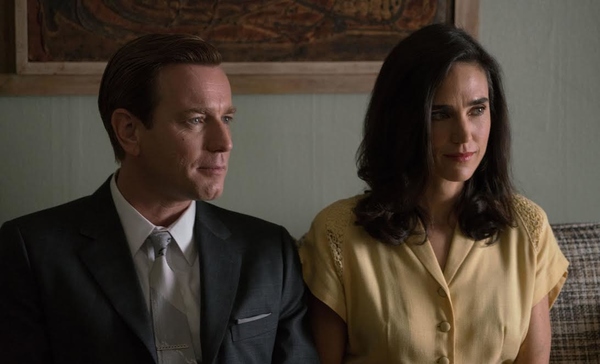 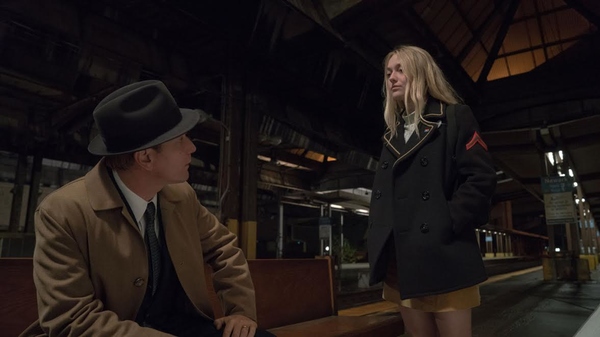 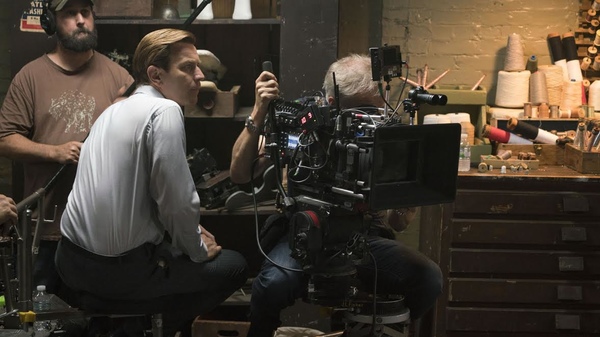