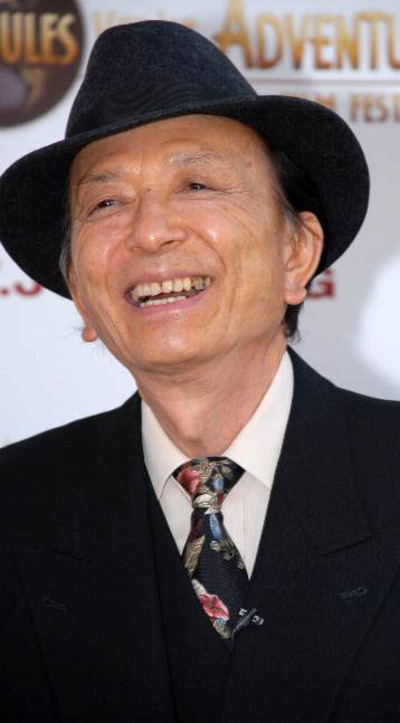 James Hong (born February 22, 1929) is an American actor and director and former president of the Association of Asian/Pacific American Artists (AAPAA). A prolific acting veteran, Hong's career spans more than 50 years and includes more than 350 roles in film, television, and video games.

Hong was born in Minneapolis, Minnesota. His father, Frank W. Hong, immigrated from Hong Kong to Chicagovia Canada, where he owned a restaurant. Hong's grandfather was from Taishan, China. For his early education, Hong moved to Hong Kong, and returned to the United States at age ten. He studied civil engineering at the University of Southern California, but later became interested in acting and trained with Jeff Corey. Hong was a road engineer for Los Angeles County for 7½ years, acting during his vacations and sick days. He finally quit engineering for good to devote himself to acting and voice work full-time.

James Hong has played in over 500 television and film roles. His career in show business began in the 1950s when he redubbed soundtracks of several Asian films. He dubbed the voices of characters Ogata (Akira Takarada) and Dr. Serizawa (Akihiko Hirata) in the 1956 Godzilla, King of the Monsters!, as well as the title character in The Human Vapor.

In 1956, he was cast as Sammee Tong in the episode "Red Tentacles" of the western aviation adventure series, Sky King, starring Kirby Grant. He guest starred in the NBC western series, The Californians.

Hong currently lives in Los Angeles with wife Susan (née Tong), whom he married in 1977, and is planning to produce and direct his own films.

He coached and supported his daughter April with her acting career since she began showing great interest in acting, singing, and dancing at the age of 4. Since then she has trained in various acting techniques originating from not only her father, but also Uta Hagen, Constantin Stanislavski, Yale School of Drama, and Viola Spolin. As a child actor she has appeared in leading roles in Kidsongs videos, award winning documentarian and director Arthur Dong's film Lotus; television shows China Beach and General Hospital; animated TV shows The Real Ghostbusters, Slimer, Captain Planet, and more. Her most recent credits include TV shows such as Desperate Housewives, 90210, ER, and Numb3rs. She's also voiced in interactive games The Mummy: Tomb of the Dragon Emperor and Command & Conquer: Red Alert 3, and appeared in national commercials for Microsoft and Chrysler. James and April regularly conduct acting workshop classes at the Hong Acting Workshop in Beverly Hills, California. Hong was formerly married to actress Pearl Huang from 1967 to 1973.