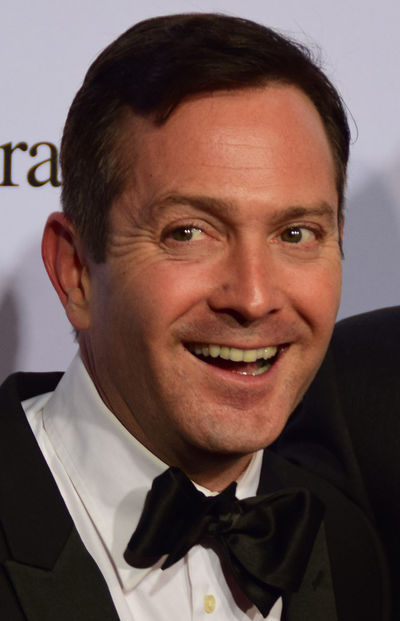 Thomas Patrick Lennon (born August 9, 1970) is an American actor, comedian, screenwriter, producer and director best known as a cast member on MTV's The State and for his role as Lieutenant Jim Dangle on the Comedy Central series Reno 911!. He is the writing partner of Robert Ben Garant.

Lennon was born in Oak Park, Illinois, the son of Kathleen (McSheehy) and Timothy Lennon. He is of Irish descent. Lennon is a 1988 graduate of Oak Park and River Forest High School. At age 16, Lennon met friend and future co-worker Kerri Kenney at Theatre Camp at Northwestern University. The two later attended NYU, where they joined a comedy troupe called The New Group.

The New Group changed their name to The State. While performing their material at theaters and clubs in New York City, they started work on the MTV show You Wrote It, You Watch It. This led to the self-titled series The State (1993–95), which was nominated for a Cable Ace Award for Best Comedy Series.

Following the cancellation of The State after one special on CBS, Lennon, along with Kenney, Robert Ben Garant and Michael Ian Black went on to create and star in the Comedy Central program Viva Variety (1997–99). The show was based on a sketch that Lennon had written for the final season of The State, called "The Mr. and Former Mrs. Laupin Variety Programme". Viva Variety received a Cable Ace Award nomination for Best Comedy Series. After Viva Variety, Lennon, Kenney and Garant created and starred in Reno 911! (2003–09). Initially slated for Fox, the program later debuted on Comedy Central.

Lennon has appeared in dozens of TV shows, including The League, Childrens Hospital, Party Down, New Girl, How I Met Your Mother, Comedy Bang Bang, Don't Trust the B---- in Apartment 23, and appeared as Joey Tribbiani's blackjack dealing, "identical hand twin" on the Friends fifth-season finale ("The One In Vegas," Pts. I and II).

Lennon has appeared in dozens of films, including Bad Teacher, Memento, How To Lose A Guy In 10 Days, Transformers: Age of Extinction, and I Love You, Man, for which he and costar Paul Rudd were nominated for an MTV Movie Award for Best Kiss. He has appeared on Jimmy Kimmel Live!, The Tonight Show, The Daily Show, Late Night with Jimmy Fallon, and at 31, has the second-most number of appearances on The Late Late Show with Craig Ferguson.

Lennon appeared as a doctor in the Christopher Nolan films Memento (2000) and The Dark Knight Rises (2012).

Lennon's voice acting work includes Kim Possible, Bob's Burgers, Archer and Planet Sheen, in which he played the character of Pinter. He plays Scribble in Tinkerbell and the Secret of the Wings and Tinkerbell and the Legend of the Neverbeast. He supplied the voice of Eddie the Shipboard Computer in the film version of The Hitchhiker's Guide to the Galaxy, and plays the voice of Fearless Leader in the 2014 DreamWorks short film version of Rocky and Bullwinkle and he is the voice of Munk on Dawn of the Croods and the voice of Chief O'Hara in the Warner Brothers animated film: Batman: Return of the Caped Crusaders.

In 2008, Lennon started doing stand-up comedy, occasionally playing guitar and incorporating music. He has appeared on The Meltdown with Jonah and Kumail, John Oliver's New York Stand-Up Show, The Jeselnik Offensive, and The Benson Interruption. He was the guest on the first episode of The Nerdist Podcast, which was also recorded in his garage.

Lennon and Garant created and starred in a 2010 sitcom pilot for NBC called The Strip. In May that year it was announced that NBC had decided not to produce it as a series.

Lennon filled in as guest voice for the robot sidekick Geoff Peterson on the CBS show The Late Late Show with Craig Ferguson in November and December 2011.

Since its premiere in October 2013, Lennon has appeared 17 times on the late-night internet-based improv panel game show, @midnight (which he also produces), winning a total of seven times.

In 2014, Lennon was cast as Felix Unger in the reboot television series The Odd Couple opposite Matthew Perry, who plays Oscar Madison. In 2016, he co-starred as a scientist in Paramount Animation's Monster Trucks. At the 2016 People's Choice Awards ceremony, he participated in an on-stage sketch parodying the recent gaffe by Steve Harvey at the Miss Universe 2015 pageant.

Lennon lives in Los Angeles with his wife, actress Jenny Robertson, and their son Oliver. He is also a big fan of The Smiths and Morrissey, occasionally performing live with the tribute band 'Sweet and Tender Hooligans' as a guest guitarist.