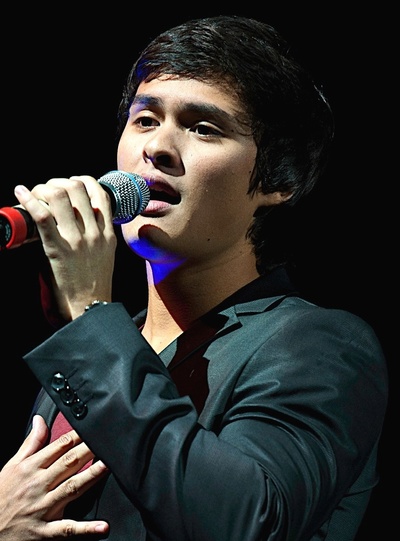 Gianmatteo Vittorio Fernan Guidicelli was born in Cebu City. He is one of the three children of Gianluca Guidicelli, who was Italian, and Glenna Fernan, a Filipino.

Guidicelli was initially known from his racing career, having started at an early age of 11. He has won numerous awards including being a three-time winner of the Karter of the Year award.

He took an interest in acting upon taking workshops at the New York Academy. As soon as he came back to the Philippines, he went to take up theatre courses in Brent International School and began to participate in plays. He also attended Columbia College in Chicago for two years to pursue a B.A. in performing arts in the field of musical theater.

His acting career started when he became a part of the sitcom Go Kada Go. He appeared in Kung Fu Kids. The next year, he was cast in the soap opera Ligaw na Bulaklak.

Guidicelli is currently a member ABS-CBN's Star Magic. In 2010, he got his biggest role in the now defunct ABS-CBN primetime fantasy television series Agua Bendita.

Guidicelli also pursued a career in singing. Star Records released Guidicelli's first single "Someone Like You" as an internet download.

In 2011, he became one of the hosts of the noon-time show Happy Yipee Yehey!, which was cancelled a year later. Guidicelli also played Vito in Catch Me, I'm in Love. He played Trevor Wu, one of Kim Chiu's leading men in My Binondo Girl. In 2012, he starred in his first movie role in My Cactus Heart alongside Maja Salvador. He dated Maja Salvador, but they have split as of August 2012.