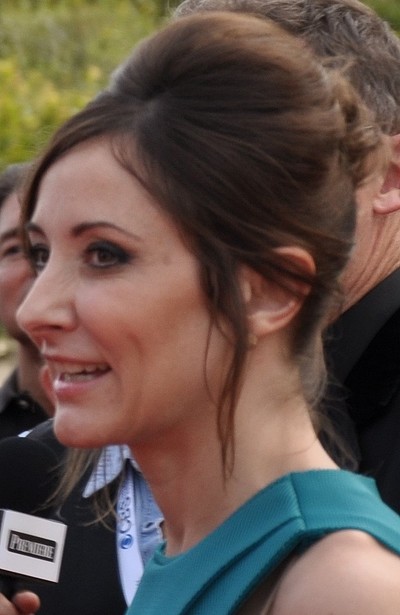 She was born in Madrid, the daughter of a French mother and a Spanish father, and studied at a British bilingual school. From a young age, she learned to play the piano and practiced ballet.

Her theater career has been closely linked with of the group Animalario (es), with which she has acted in various performances with actors such as Andrés Lima (es), Javier Gutiérrez Álvarez, Guillermo Toledo, Alberto San Juan, and many others. Her ex-partner, Gonzalo de Castro, has also been linked to Animalario.

In television she has had many secondary roles since the mid 90's, including appearances in Hermanas (es), Éste es mi barrio (es), Más que amigos (es), Periodistas (es), Señor alcalde (es), and El comisario (es), the last of which she has appeared in several episodes. In her first fixed television role in 2001, she played Nerea in Policías, en el corazón de la calle (es).

In 2002, she filmed the television movie Entre cien fuegos under the orders of Iñaki Eizmendi (es) and that same year premiered The Other Side of the Bed, by Emilio Martínez-Lázaro, one of the most successful Spanish films in recent years. The next year, Maria Ripoll directed her in Utopía (es). She also acted in Football Days, by David Serrano de la Peña (es) and The Weakness of the Bolshevik, by Manuel Martín Cuenca. She acted again in movies with both directors, filming Malas temporadas (es) with Cuenca in 2005, and Días de cine (es) with Serrano in 2007.

She then filmed Salir pitando (es) (2007), directed by Álvaro Fernández Armero (es); El club de los suicidas  (es) (2007), by Roberto Santiago (es); and the thriller Un buen hombre (2009), directed by Juan Martínez Moreno (es). During those years, she acted in television, in series such as LEX (es) (2008), Hispania, la leyenda (es) (2010-2012) and its spin-off Imperium (es) (2012). In 2013, the film Todas las mujeres (es) premiered, directed by Mariano Barroso, for which she received her third Goya nomination, for best supporting actress. In 2015 she joined the series Carlos, rey emperador, where she plays Germaine of Foix.