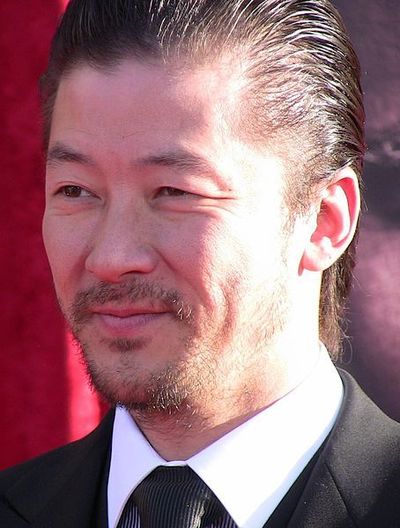 He is known for his roles as Dragon Eye Morrison in Electric Dragon 80.000 V, Kakihara in Ichi the Killer, Mamoru Arita in Bright Future, Hattori Genosuke in Zatoichi, Kenji in Last Life in the Universe, Aman in Survive Style 5+, Ayano in The Taste of Tea, Temudjin in Mongol, and Hogun in the film Thor, based on the Marvel Comics character.

Asano was born in the Honmoku area of Yokohama to artist Yukihisa Satō and mother Junko whose father was Jim Owen, a U.S. citizen, whom Asano never met. He has Norwegian and Dutch ancestry through his American grandfather. Asano has an older brother Kujun Satō, born in 1971, whose a musician and a partner of Anore Inc., a talent agency Asano and their father Yukihisa Satō founded.

His father, an actors' agent, suggested he take on his first acting role in the TV show Kinpachi Sensei at the age of 16. His film debut was in the 1990 Swimming Upstream (Bataashi Kingyo), though his first major critical success was in Shunji Iwai's Fried Dragon Fish (1993). His first critical success internationally was Hirokazu Koreeda's Maboroshi no Hikari (1995), in which he played a man who inexplicably throws himself in front of a train, widowing his wife and orphaning his infant son. He also worked with Koreeda in the pseudo-documentary Distance in 2001. His best known works internationally are the samurai films Taboo (1999) and Zatoichi (2003), as well as the critically acclaimed film Bright Future.

He acted in Katsuhito Ishii's 2003 film The Taste of Tea, which premiered at the 2004 Cannes Film Festival. He appeared as the lead actor in Last Life in the Universe (2003) by Thai director Pen-Ek Ratanaruang and starred in a follow-up film by Pen-Ek, Invisible Waves, in 2006. In 2007 he starred as the young Genghis Khan in Sergei Bodrov's Oscar-nominated film Mongol.. In "Villon's Wife" (2009), he played the part of an alcoholic writer, though he has since stated that since he doesn't actually drink alcohol, he based his performance on people he knows, a lot of whom drink. In 2011, he starred in the Marvel Studios film Thor as the Asgardian warrior Hogun, a member of the Warriors Three and companion to Thor. He reprised the role in 2013's Thor: The Dark World.

Asano met J-Pop idol Chara on the set of Iwai's Picnic (1994). They were married in March 1995 and Chara became pregnant with their first child, Sumire, who was born on July 4. In 1999, they also had a son. In July 2009, Chara announced on her website that the two would be getting an amicable divorce. She received custody of both their children.