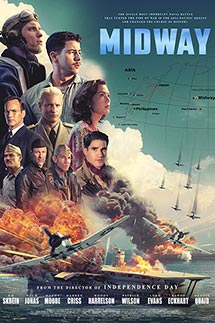 The story of the Battle of Midway, told by the leaders and the sailors who fought it.