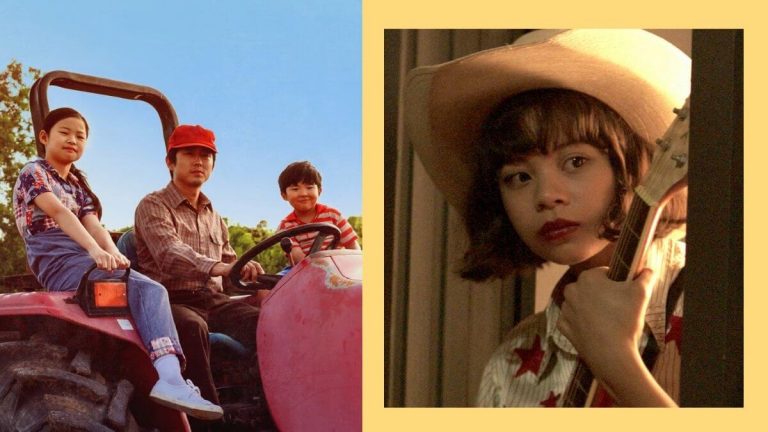 From romcoms to drama films, here are ten titles that give us a glimpse of the Asian-American life, including its many ups and downs.

May is the Asian American and Pacific Islander Heritage Month, and one of the best ways to celebrate this occasion at home is by watching films that represent the many faces of the Asian-American life.

From serious films that depict their struggles and successes, to light stories that are packed with Asian culture and even satirical commentaries, below are some international Asian-American films that are worth checking out!

This blockbuster film from 2018 became a quick hit after its release. Based on Kevin Kwan’s novel of the same name, Crazy Rich Asians follows Rachel Chu who just discovered that her boyfriend is heir to one of the wealthiest families in Singapore. Now, she must tread carefully in this world of elites while trying to please her boyfriend’s disapproving mother.

This film is loosely based on the story of Kumail Nanjiani and his wife Emily V. Gordon, who co-wrote the film. When Pakistani comic and Uber driver Kumail meets the psychology student Emily Gardner, a romantic relationship blossoms. However, due to their different ethnicities, Kumail fears that they may not have a future together. But when Emily gets into a coma, the Pakistani gets to know her family, and they get to know him more.

The Farewell is a tearjerker film based on an actual lie, as its tagline describes. It follows a Chinese-American woman named Billi who travels home to China when she learns that her beloved grandmother is diagnosed with terminal cancer. However, Billi is conflicted with her family’s decision not to tell the old woman that she only has a few weeks to live.

This film is fresh from getting six nominations and one Oscar from the last Academy Awards. The Korean-American Yi family moves to Arkansas where Jacob, the father, plans to start his farm of Korean produce and earn from it. This heartwarming film follows this family’s search for the American Dream and discovering what home really means.

Searching is the first mainstream Hollywood thriller to have an Asian-American lead. Presented in the computer screen format, this film is about a father who tries to search for his missing 16-year-old daughter by scouring her laptop for any clues.

Subtly embedded with racial issues, this Oscar-nominated documentary from director Bing Liu follows three childhood friends who are bonded by their passion for skateboarding as they try to navigate the life that awaits them as they turn into adults.

Another John Cho starrer, Columbus tells the tale of a Korean named Jin who travels to Columbus, Indiana to care for his architect father who collapsed after a speaking tour. Stuck in this small Midwestern city, Jin meets Casey, a young architecture enthusiast. Romance develops between the two as they explore their emotions with the town’s modernist buildings as the backdrop.

This multi-awarded film follows the Korean American brothers Eli and Daniel who are struggling to run their father’s shoe store. When the 1992 LA riots begin, the siblings and their young friend, a black girl named Kamilla, must defend the store while they think about their future and their personal dreams.

This romantic comedy film follows two childhood sweethearts Sasha and Marcus who drifted apart and didn’t speak to each other for 15 years. Now a successful chef, Sasha returns to San Francisco to oversee a new restaurant, but when she encounters Marcus again, the buried romance between them starts to resurface.

Set in a small Texas town, this movie follows the undocumented Filipino-American teen Rose who wants to pursue her country music dreams. But her world is turned upside down when her mother is picked up by the Immigration and Customs Enforcement.

—
Homestream images from Yellow Rose and Minari on Twitter.