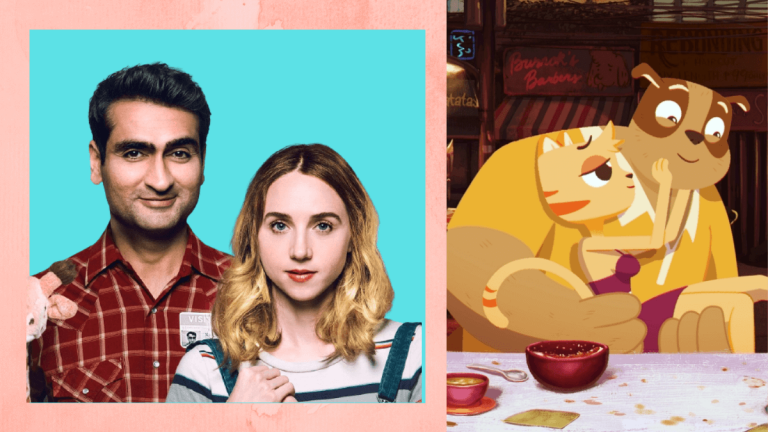 8 Romcom Films for Your Movie Date This Valentine’s Month

It’s the love month once again, and for those who are seeking to have a movie date at home or virtually, romcom flicks are always the best picks to set a lighthearted mood between two lovers.

If you’re in search of such films, then look no further! We’ve listed down some of the romcom movies that are still worth watching this Valentine’s Month of 2021!

Kumail is an Uber driver and struggling stand-up comedian who develops a romantic relationship with the psychology student Emily. Due to their different ethnicities, Kumail fears that they might not have a future together, which resulted to their breakup. But when Emily gets hospitalized, the comedian meets her family and forms a bond with them.

Rachel Chu joins her longtime boyfriend, Nick, on a trip to Singapore to attend his best friend’s wedding. There, she discovers that her boyfriend is actually from a crazy rich family, and now she must navigate the unfamiliar world of these Asian elites while trying to woo Nick’s disapproving mother.

Set in Sapporo, Japan, Kita Kita follows Lea, a woman who suffers from temporary blindness after her fiancé cheated on her. Soon she finds comfort in the company of her new neighbor, Tonyo, whose funny antics and joyful character made her see the beauty of the world despite the absence of her sight.

A chaotic yet fun flick with the time loop concept of Groundhog Day, this film follows two wedding guests, Sarah and Nyles, who form a romantic connection while trying to relive the same day and finding a way to escape the loop.

Mace and Anthony are two brokenhearted individuals who formed a bond during their flight back to the Philippines. When Mace tells Anthony that she isn’t ready to go home, they decide to take an unexpected detour to Baguio and Sagada where they attempt to mend each other’s hearts.

I Fine… Thank You… Love You

This romcom film from Thailand follows Yim, a guy whose Japanese girlfriend Kaya, left because he cannot speak English and she cannot speak Thai. With the help of the English tutor Ms. Pleng, Yim tries to learn English to win Kaya back.

This Korean classic tells the story of the engineering college student Gyeon-woo. One day at the train station, he sees a cute drunken girl standing too close to the tracks and pulls her back. Since then, this sassy girl brings him trouble at every turn, yet he can’t seem to pull away from her charms.

From the creators of Saving Sally comes this Filipino adult animated film that combines sultry romance with wacky humor, while also giving viewers an insightful look at the ties between love and one’s social status. It follows the anthropomorphic cat Nimfa Dimaano who is torn between her boyfriend Roger and super-rich suitor Iñigo.

Which film will you be seeing first this love month?

—
Homestream images from The Big Sick and Netflix Philippines on Twitter.

I Fine..Thank You Love You