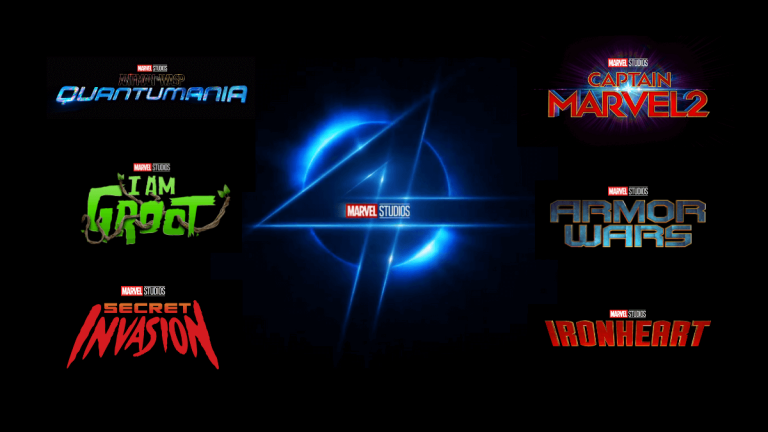 Here are the latest MCU news revealed by Marvel Studios!

Last year, fans of the Marvel Cinematic Universe were thrilled about their lineup of upcoming films and shows. But since the pandemic happened, the films and shows we were meant to see this year got delayed.

Still, the excitement of MCU fans does not waver, especially now that we’re getting more updates about the future of the franchise, including the trailers of ‘Loki,’ ‘The Falcon & The Winter Soldier‘, and more!

To make it easier for you fans out there to take it all in, here’s a roundup of the trailers and other exciting announcements that have just been revealed for the MCU!

After everything that has happened in the MCU since the coming of Thanos, it’s nice to see the God of Mischief back! Just remember that this is the same old Loki from the first Avengers movie, so we can expect him to be as treacherous and villainous in this show as he was before.

Loki, an Original Series from Marvel Studios, is coming May 2021 to #DisneyPlus. @lokiofficial pic.twitter.com/gqT7AKur2y

‘The Falcon & The Winter Soldier’ Trailer

We might not see Chris Evans don that blue suit again, but Captain America’s legacy lives on with the Falcon and Bucky Barnes. While we have yet to see the winged successor wear the first Avenger’s colors, this new trailer gives us a glimpse of the duo’s journey moving forward.

The Falcon and The Winter Soldier arrives at Disney+ on March 19, 2021.

“The legacy of that shield is complicated.” Marvel Studios’ The Falcon and the Winter Soldier, an Original Series, starts streaming Mar. 19 on #DisneyPlus. pic.twitter.com/iJaquJEUGy

Our favorite MCU characters are also making a comeback in this new animated series! From Peggy Carter being the super soldier instead of Steve Rogers, to Black Panther becoming Star-Lord, this show will give us interesting stories from MCU’s rich multiverse!

WHAT IF…?, an Original Series from Marvel Studios, is coming Summer 2021 to #DisneyPlus. pic.twitter.com/P8VDm2rhXJ

We’re also getting a new trailer for ‘WandaVision’, the show that would reunite MCU couple Wanda Maximoff and Vision. Inspired by old TV sitcoms, this new trailer teases the fallout of this mysterious world that Wanda finds herself in.

In a short commentary video, Marvel Studios also teased the arrival of Kamala Khan as Ms. Marvel in a new show! Iman Vellani will be playing the young superhero in the upcoming series.

Ms. Marvel, a newer character to Marvel comics has grabbed the world’s imagination and we are excited to announce Iman Vellani as Kamala Khan.

Besides these trailers, Marvel Studios also dropped amazing news about new upcoming films that fans will surely feast on! This includes the announcement of Captain Marvel 2, Ant-Man & The Wasp: Quantumania, and a new Fantastic 4 reboot!

The third film of The Ant-Man & The Wasp franchise has been announced, with the release date yet to be revealed.

Peyton Reed is back to direct the third Ant-Man film, Ant-Man and the Wasp: Quantumania. Paul Rudd, Evangeline Lilly, Michael Douglas, and Michelle Pfeiffer all return. Kathryn Newton joins the cast as Cassie Lang and Jonathan Majors as Kang the Conqueror. pic.twitter.com/opXw1cmpFj

The First Family is finally arriving on the MCU! Marvel Studios announced Jon Watts as the director of this upcoming film.

The Guardians of the Galaxy Holiday Special

The Guardians of the Galaxy fans will surely have an extra-special holiday on 2022 with this upcoming special from director James Gunn!

The Guardians of the Galaxy Holiday Special. James Gunn is back to write and direct.

MCU fans have been pumped up when shows like Moon Knight, She-Hulk, and Hawkeye had been announced alongside WandaVision, Loki, and The Falcon & The Winter Soldier. But Marvel Studios is not done yet, because they’re spoiling us with even more titles! Check them out below.

Samuel L. Jackson is back as Nick Fury and Ben Mendelsohn from Captain Marvel returns as the Skrull Talos in Marvel Studios’ Original Series Secret Invasion. Coming to #DisneyPlus. pic.twitter.com/AuInHMuBRW

Coming soon to #DisneyPlus, Dominique Thorne is genius inventor Riri Williams in Ironheart, an Original Series about the creator of the most advanced suit of armor since Iron Man. pic.twitter.com/VB94VyPr9e

Don Cheadle returns as James Rhodes aka War Machine in Armor Wars, an Original Series coming to #DisneyPlus. A classic Marvel story about Tony Stark’s worst fear coming true: what happens when his tech falls into the wrong hands? pic.twitter.com/K6M0q9mcNM

I Am Groot, an Original Series from Marvel Studios, is coming to #DisneyPlus. pic.twitter.com/U5nfDkFKjW

There have been updates as well on the other upcoming films. Shang-Chi and the Legend of the Ten Rings wrapped up production while Thor: Love and Thunder reveals the villain role of Christian Bale in the new film.

Academy Award-winning actor Christian Bale will join the cast of Thor: Love and Thunder as the villain Gorr the God Butcher. In theaters May 6, 2022. ⚡ pic.twitter.com/fWS4UuP2oM