After Endgame: A Guide to Marvel Cinematic Universe Phase 4

Avengers: Endgame has just ended the reign of James Cameron's Avatar as the biggest movie of all time after having amassed a total of $2.7902 billion at the global box office at the weekends, finally surpassing Cameron's sci-fi epic $2.7897 record.

But what's next for the Marvel Cinematic Universe (MCU)? After the conclusion of the battle between the original Avengers and Thanos, and its repercussions to the key characters of the Earth's Mightiest Heroes, what happens after?

The answers to these questions have been finally revealed at the San Diego Comic-Con (SDCC) as Marvel drops the initial plans for the phase 4 of the biggest cinematic universe in history.

Here's the lineup to look forward to:

The first female hero on the Avengers team is finally getting her solo film. The film will revolve around Natasha Romanoff, aka Black Widow, and what happened to her between the Captain America: Civil War and Avengers: Infinity War films. The main villain of the has been revealed, which is Taskmaster, a mercenary who has "photographic reflexes," an ability in which he could instantly copy someone else's fighting style upon seeing it.

Check out this 1st reveal of the keyframe illustration I did for the Black Widow film… & TASKMASTER!!! #blackwidow #taskmaster @MarvelStudios #scarlettjohansson pic.twitter.com/c4504e6BEu

The Falcon and Winter Soldier (Fall 2020)

One of the upcoming series for the streaming service Disney+ features the teamup of the two sidekicks of MCU's Captain America, Falcon and the Winter Soldier. If you've seen the Avengers: Endgame then you would've know the big development in one of these characters.

The cast for the upcoming The Eternals movie has been revealed at the SDCC as well. A team of super beings who evolved from the same genetic ancestors of humans that were experimented upon by the godlike space beings called Celestials, the Eternals will be played by Angelina Jolie as Thena, Richard Madden as Ikaris, Kumail Nanjiani as Kingo, Salma Hayek as Ajak, Lauren Ridloff as Makkari, Brian Tyree Henry as Phastos, Lia McHugh as Sprite, and Don Lee as Gilgamesh.

Just announced in Hall H at #SDCC, Marvel Studios’ SHANG-CHI AND THE LEGEND OF THE TEN RINGS, with Simu Liu, Awkwafina and Tony Leung, directed by Destin Daniel Cretton. In theaters February 12, 2021. pic.twitter.com/VXaqJ5uN6B

We're also getting MCU's first Asian superhero on the titular role. Shang-Chi will be played by Simu Liu, a Canadian actor with Chinese roots. In the comics, Shang-Chi is a master of Kung Fu knowledgeable in numerous armed and unarmed wushu styles. Later, he also learned how to make duplicates of himself and joined the Avengers.

Another series coming to Disney+ will feature the Avengers' power couple Scarlet Witch Wanda Maximoff and Vision. No official plot has been released but we expect to see more screentime for the two together as it had been cut short by the tragic events in the MCU.

Doctor Strange in the Multiverse of Madness (May 7, 2021)

Just announced in Hall H at #SDCC, Marvel Studios’ DOCTOR STRANGE IN THE MULTIVERSE OF MADNESS with Benedict Cumberbatch and Elizabeth Olsen. Scott Derrickson returns as director. In theaters May 7, 2021. pic.twitter.com/HtF68htiB1

Together with the reveal of its official title, the sequel to Doctor Strange has also been revealed to have a horror-centric feel for the audiences, now with the Scarlet Witch added to the story as a key supporting character. While the synopsis is yet to come, we may be having a closer look into the magic superpowers of the two MCU heroes.

It seems that it's always too early to mourn the death of the God of Mischief. Tom Hiddleston is reprising his role as Loki in this upcoming Disney+ series. The last time we saw him in Avengers: Endgame (spoiler alert!) was at the New York City invasion timeline where he snatches the space stone and disappear to somewhere nobody knows. While it's still confusing how the timeline and multiverse really works in the MCU, it is possible that this Loki is who we'll be meeting in the show.

Just announced in Hall H at #SDCC, Marvel Studios’ WHAT IF…?, the first animated series in the MCU, with Jeffrey Wright as the voice of The Watcher and many actors from across the MCU reprising their roles as voice talent. Streaming exclusively on Disney+, Summer 2021. pic.twitter.com/el6etc3xZH

What If…? is an animated anthology series coming to Disney+. Like its comic series counterpart, the show will put a spin to key moments in the MCU and would explore the alternate outcomes in the universe if things went differently.

Another Disney+ series will have Jeremy Renner reprise his role as Clint Barton, but this time he will be taking under his wing a younger archer. In the comics that would be Kate Bishop, one of the founding members of the Young Avengers. There's also a teaser revealed at the San Diego Comic-Con.

What a fun line up @marvel so happy to be on this ride #cominginhot #2021 pic.twitter.com/pDC8tcrL0H

Thor: Ragnarok director Taika Waititi returns for the part four of the Thor franchise and this time, dropping an exciting turn for the superhero icon: Natalie Portman is reprising her role as astrophysicist Jane Foster and the female-version of Thor. Just as in the comics, the female hero gets to swing the hammer and save the day. Co-starring in the film are Chris Hemsworth and Tessa Thompson.

While it has not been officially added to the Phase 4 roster, a bonus surprise at the San Diego Comic-Con came in the form of an upcoming Blade reboot starring Mahershala Ali. It hasn't been clarified if it will be a film or TV series. The vampire hunter was first introduced to the big screen back in 1998 with the portrayal of Wesley Snipes, followed by two sequels. There was also a TV series in 2006 where Stick Fingaz played the titular role.

Also, here are the other news and trailers revealed at the San Diego Comic-Con. 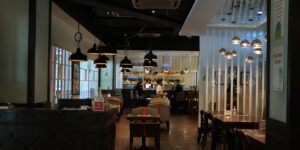