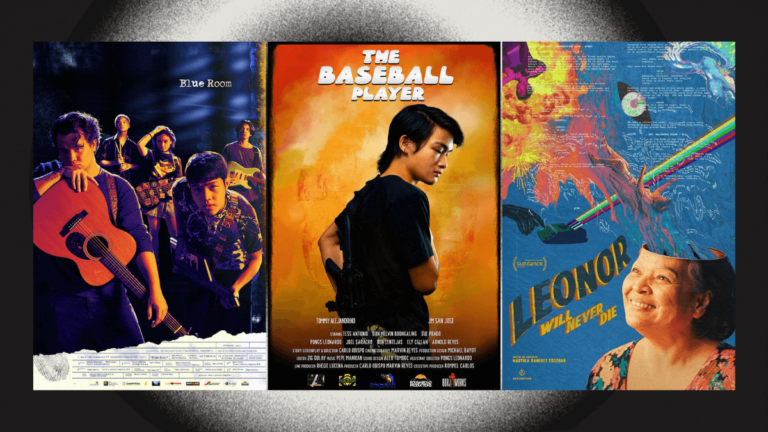 Showcasing great direction, a strong and tight screenplay, and fantastic performances, Ma-an Asuncion-Dagnalan’s ‘Blue Room’ feels like the polished work of a filmmaker who is in control of their craft.

Showcasing great direction, a strong and tight screenplay, and fantastic performances, Ma-an Asuncion-Dagnalan’s ‘Blue Room’ feels like the polished work of a filmmaker who is in control of their craft. The film begins with a long introduction of its characters, a band called Rebel Rebel, as they perform at a gig.

This extended introduction revels in the nuances of the band’s interpersonal dynamics and, unapologetically, privileged backgrounds. Majority of these characters are middle class or upper middle class and for a while, the film feels like it’s not about anything but a band right at the precipice of something big.

But after what feels like a good 20 minutes into the film, they get caught making a traffic violation at a police checkpoint and the whole film turns over its head and everything that was established in the first act – including intrusive snapshots of the band interacting with their fans in social media at some indiscriminate time frame – is put to the test in the gripping second and third act.

The first act reeks of privilege and the succeeding acts underscore how none of that matter in the face of corrupt police but at the same time how it can also make all the difference. Elijah Canlas and Soliman Cruz are established actors, who do wonders with their parts but I was also very much impressed by Harvey Bautista’s and Nourijune’s performances that really jump out from the screen.

Asuncion-Dagnalan has a confident hand in her storytelling that the film moves along at a steady pace and brings its audience into a swirl of emotions that had the whole audience at the CCP stunned in silence and then fear and finally into loud cheers. Everything feels in place from the claustrophobic second and third act, the honest performances, the musical score, and the gorgeous songs played in the film.

In terms of its execution, ‘Blue Room’ is an exquisite feast compounded by a strong story that is grounded by characters that feel familiar and authentic and a social issue that we are all afraid of but can’t imagine. ‘Blue Room’ dramatizes a very probable horrific situation for us to experience and the effect is absolutely thrilling.

Set in the rural backdrop of an unnamed area in Mindanao (though Sultan Kudarat and Cotabato are mentioned in the peripherals), ‘The Baseball Player’ takes us into an almost-idyllic presentation of provincial life except there is a lingering presence of danger at any moment.

Director Carlo Obispo fills the camera with gorgeous scenery of rolling hills, lush greenery, and vibrant springs and takes it time to wrestle with the growing bonds of a young boy, who is taken in by a new family as a survivor of an armed conflict.

Khalid (San Jose) is a young boy who has lost his family through the war in Mindanao. He is taken in by “the closest he’s got to a family” and goes under the wing of Amir, a teenager with dreams of becoming a baseball player but who has to train as a soldier for the Moro rebels. Without digging deep into Khalid’s past, Obispo manages to visualise the trauma that Khalid faces and how the presence of his new “older brother” begins the path to healing.

But there’s always the presence of danger looming right outside the frame.

‘The Baseball Player’ makes a case for artistic restraint, holding back so much in terms of filmmaking and even the story just for the audience to really take in the very lovely countryside and the growing trust and friendship between the two young leads. This quiet, almost slice-of-life story is merely an illusion for the armed conflict that threatens to tear away the lives and hopes, and dreams of the children caught in the crossfire. Using the less-is-more technique in filmmaking, when something does happen it feels explosive and in the first real display of heavy emotions, I found myself crying, not realising I was brought to that emotional space.

As lovely as Pepe Manikan’s musical score is, there are times when I would have preferred for the film to be still and quiet. The music sort of feels counter the subtlety of the other aspects of the filmmaking but the core of this film is Obispo’s handling of the narrative elements and Tommy Alejandrino’s and JM San Jose’s very strong performances. San Jose carries the weight of that character’s trauma with him and never plays for sympathy while Alejandrino is such an intelligent and mature actor that he can convey so much with just the smallest of gestures and the intensity of a look or a smile.

While those who are not a fan of slow cinema may get a bit restless with this film, it hits so hard in its finale that it’s worth every second of your patience.

Cinemalaya 18 opening film, ‘Leonor Will Never Die’ is a refreshing love letter to Filipino movies, especially the 80s action flicks of Fernando Poe Jr. and Philip Salvador and others of that genre. Quirky and whimsical, director Martika Escobar fills the screen with moments of surprising humanity at the most unsuspecting of moments.

In its 99-minute running time, she manages to pay homage to all the stereotypes and tropes of 80s action films through the acting out of the script of the main character, Leonor, who happens to be an aging director of these action films, everything from the over-the-top acting, the flimsy love stories, the melodramatic plotlines but in the process of these reenactments, we also explore the relationship of Leonor and her two sons.

Nothing is what it seems in this film. It’s so out-of-the-box that the cast includes the ghost of Leonor’s other son, Leonor entering the world of her script, and her living son’s last-ditch attempt to reconnect with his aging mother. It’s funny and surprising. It breaks away from traditional narrative storytelling techniques and at some point, the homage consumes the film entirely and it becomes a chaotic meta-film that adds another layer as it also becomes a movie about making movies and the artistic process.

While ‘Leonor Will Never Die’ often feels untethered, it never loses Escobar’s voice and it’s that vision that connects it to its most surprising finale that comes out of nowhere but feels like it can’t end in any other way. This is counter cinema at its best, showing how crazy and illogical the mainstream films were in the 80s that the film can’t help but follow suit and take it a notch further. There’s a lot of joy and fun within the filmmaking that it infects the audience as well.

The Cultural Center of the Philippines and Cinemalaya Foundation Inc. are holding on-site screenings for Cinemalaya 18 from August 5 to 14, 2022.

ALSO READ:
Cinemalaya 2022 Unveils Lineup of Full-Length Films & Short Films
‘Riding the Waves: 15 Years of Cinemalaya’ and More Books to Be Launched During the Film Festival
Award-Winning Documentaries to Close This Year’s Cinemalaya 18 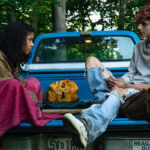 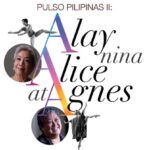