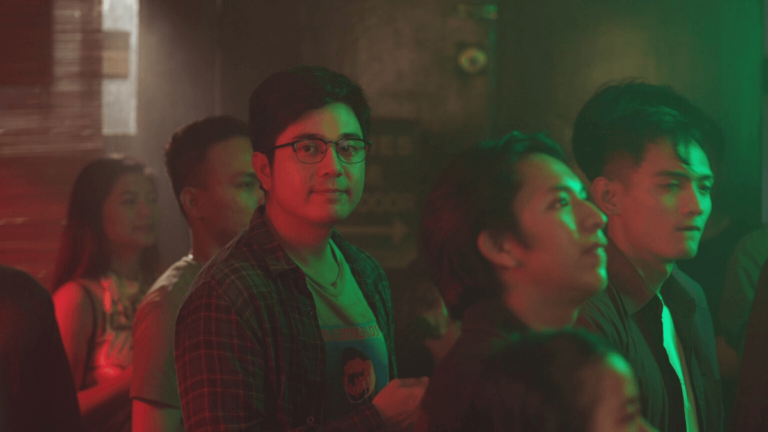 'Ngayon Kaya' is a delicate film that is built carefully around the nuances of the characters.

There is a nostalgic appeal to Prime Cruz’s latest film ‘Ngayon Kaya’ starring Paulo Avelino and Janine Gutierrez. From its moody cinematography to its soundtrack of familiar OPM songs, from the way the story delves into the past to the vibrancy of pre-pandemic Philippines (the film was shot before the pandemic), ‘Ngayon Kaya’ is a film that is rich in its sentimentality. It reminds me of romantic films from five years ago.

It’s a story of what-ifs and how two friends, Harold and AM (played by Avelino and Gutierrez, respectively), reconnect at a mutual friend’s wedding and the weight of past choices weigh heavily on them. Both have arrived late to the church wedding and it’s the first time they have seen each other since Harold has moved to Canada and so they decide to head to the reception together. The awkwardness triggers memories of the past and the tight bonds of friendship that they once had unfolded before us through these flashbacks.

The story plays out in two timelines – the past and the present – and we see two friends who bond over trivial things like being late to the same class at the start but as they get closer, they become each other’s anchors. They share similar interests, after all, both are into music, but they come from different worlds.

Harold and his family are struggling financially and his goal is to move to Canada to earn a lot of money to help support his mother, his two younger siblings, and their struggling fish pond. AM is an only child of parents, who are both doctors, and while she’s on a pre-med course, her dream is to make music and sing in a band. AM immediately latches on to Harold and brings him with her in her dreams of making it big in the music industry but as the story unfolds, it seems that their priorities and their intentions were not aligned.

Reality kicks in and kicks them hard and we see and understand why the present-day relationship between the two reunited friends is so strained.

But this is also a love story but one that is bogged down by the hesitation of its principal characters.

Screenwriter Jen Chuaunsu infuses Harold’s and AM’s conversations as youths with the realistic unconscious meanderings of that age, of dreams and ideals, and then shifts it to this awkward mess in the present day as the two are unable to connect, their past serving as a wall to rebuild their relationship. This is another way in which the film feels like a throwback, it has the same verbose dialogue as films like ‘Meet Me in St. Gallen’ and ‘Mr. and Mrs. Reyes.’ The first half of this film is centered around these conversations and the contrast between the past and the present.

What’s amazing about these contrasts is that the problem is still present, it persists: Harold and AM talk a lot, but they aren’t saying what it is they really want to say, which is how they feel about each other.

This is the magic of the second half when the slow, languid pace of the film picks up as the present-day Harold and AM find an opportunity to reclaim the energy and vibrancy of their youth and the possibilities open up for these two.

‘Ngayon Kaya’ is a delicate film that is built carefully around the nuances of the characters. While Paulo Avelino takes a completely understated approach to Harold, which diminishes the character’s strength (oftentimes, I want him to do more, give more as he does at the end of the film), it is Janine Gutierrez who really steals the show. Gutierrez’s AM is so un-self-conscious, so naive of her effect on people, and breathes life into the film. It is her dreams and passion that push the story forward and Gutierrez manages to make this film hers.

‘Ngayon Kaya’ is more reserved and withdrawn as a romance film, focusing more on the mood and the nostalgia than it does on the drama of an unrealised relationship. The pace and energy is unlike director Prime Cruz’s other works like ‘Isa Pa With Feelings’ and ‘Can We Still Be Friends.’ He takes his time, sometimes even dwelling on a feeling, which is a brave move for a Filipino romance movie but it feels apt for this film.

I wish that the dialogue was more conversational, instead of the dialogue-pause-dialogue delivery that happens between Avelino and Gutierrez. That staccato works in the present day but didn’t in the flashback scenes. It’s as if the couple can’t seem to fully connect because of the things not said, while the world behind them is so rich and full of life. But everything comes together in the final act, an extended scene set to the music of the band Mayonnaise is the catharsis that the film is pushing towards. I just hope the audience has the patience for it. 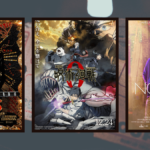 Catch their kilig moments in theaters this June 22!