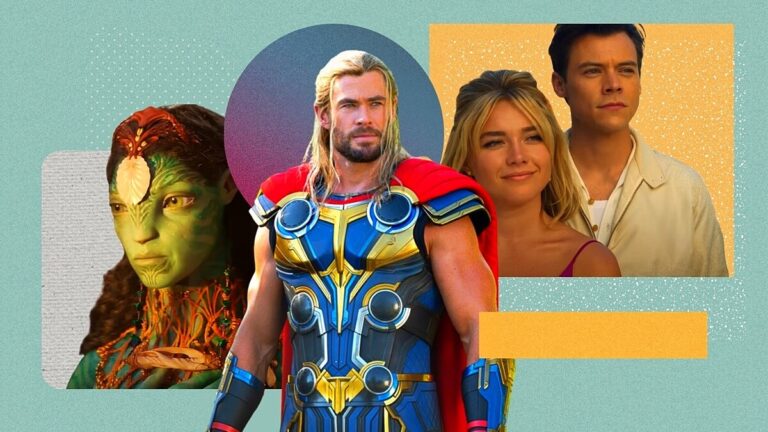 Here are the upcoming films that we're so excited to see in the remainder of the year!

This year is such a blessing to our cinema-loving hearts as we can now watch movies on the big screen once more, almost like the way we did before in the pre-pandemic world. In fact, many of us excitedly filled up the theaters to see blockbuster titles such as Doctor Stranger in the Multiverse of Madness, The Batman, and Top Gun: Maverick.

Of course, we still have six months to go before 2022 ends, meaning the year still has more exciting films to offer to movie buffs, not only on the big screen but also on streaming platforms. On this list, we’ve rounded up the movies that we’re excited to see in the second half of 2022!

[Note: Movie lineup and release dates are subject to change without prior notice.]

Synopsis:
The film follows a young Gru as he walks a path towards villainy alongside his ever-loyal Minions.

Synopsis:
Thor must team up with Valkyrie, Korg, and Jane Foster who now wields Mjolnir to fight Gorr the God Butcher.

Synopsis:
CIA operative Court Gentry, a former agency-sanctioned mercenary, is now being hunted by the psychopathic Lloyd Hansen, who will stop at nothing to take him out.

Synopsis:
Residents of a lonely gulch in California become witnesses to uncanny and chilling occurrences involving a mysterious figure hiding in the clouds.

Synopsis:
When an evil villain captures the Justice League, Krypto the Super Dog must team up with a ragtag group of superpowered animals to save the world.

Synopsis:
Brad Pitt stars as the unlucky assassin Ladybug, who finds himself in a speeding bullet train where lethal adversaries are also aboard.

Synopsis:
A couple lives in a seemingly perfect town overseen by a mysterious company. But when cracks in their idyllic life begin to appear, the wife starts to question their true purpose.

Synopsis:
After the events of Halloween Kills, Laurie Strode and Michael Myers will face off once more in a final, bloody battle.

Synopsis:
After getting unleashed from his 5,000-year imprisonment, Black Adam uses the almighty powers of the ancient gods to uphold his unique form of justice in the modern world.

Synopsis:
Three friends who become suspects in a murder they just witnessed, find themselves in the middle of one of the most outrageous plots in American history.

Avatar 2: The Way of Water

Synopsis:
Set more than a decade after the events of the first film, The Way of Water follows the Sully family’s fight for survival.

Synopsis:
Shrek universe’s daring outlaw is back. After using his eight lives, Puss in Boots go on an epic quest to reclaim his lost lives before his last one burns out.

Shazam! Fury of the Gods

Synopsis:
The Shazam Family must face the villainous Hespera and Kalypso, daughters of the titan Atlas.

Don’t know how long we can keep the new suits from leaking so here’s a pic I took the other day pic.twitter.com/41wStJ6oe2

Be updated on the latest films in the Philippines by checking back on our Upcoming Movies section. Stay in the loop and connect with us on Facebook, Instagram, and Twitter.