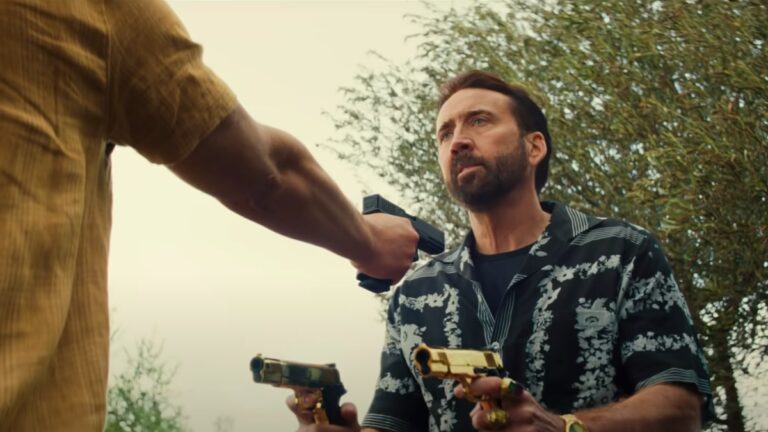 Film Facts: 5 Things to Know About ‘The Unbearable Weight of Massive Talent’

Here are some fun facts about this new action-comedy flick starring Nic Cage as Nick Cage!

Nicolas Cage returns to the big screen through the film The Unbearable Weight of Massive Talent. In this meta film, Nicolas Cage stars as Nick Cage who finds himself in the middle of a battle between CIA and a dangerous crime boss. Directed by Tom Gormican, this new movie also stars Pedro Pascal, Tiffany Hadish, Sharon Hogan, Ike Barinholtz, and Neil Patrick Harris.

If you’re planning to see this action-comedy film on the big screen, here are a few fun facts about the film that you might be interested to learn before it drops in cinemas!

In this film, Nicolas Cage stars as a fictionalized version of himself, the celebrity Nick Cage, who is facing financial ruin after his long career in acting. This is when his character in the film receives an offer of $1 million to attend the birthday party of his filthy rich superfan Javi, who also happens to be hiding a dirty secret.

Pedro Pascal plays Javi, the billionaire fan of Cage who invited the star to his birthday and soon bares his dangerous personality. In an interview with Digital Spy, Pedro Pascal reveals that he is a big fan of Nicolas Cage, even likening himself to the fictional character he plays in the film.

“As far as the meta aspect of the movie and [Nicolas Cage] playing himself, ironically, I would say there’s a chance that the character of Javi is – of course, without the billions of dollars and criminal family organization – that the superfan that Javi is is a lot closer to me than the Nick Cage of this movie is to the Nicolas Cage that played him,” stated the actor.

According to the actor, what made him say yes is a letter from director Tom Gormican. “I could tell from his letter that he wasn’t only about sending me up, or lapsing into a mockery of an SNL sketch,” shared Cage in an interview with Digital Spy. “He wanted to create a real character, a true person. I started to believe maybe this is worth taking the jump. There was a tremendous downside, but there was also a wonderful upside.”

The Black List which includes the most-liked, but still unproduced, screenplays milling around Hollywood, had included the screenplay for The Unbearable Weight of Massive Talent in its roundup for 2019. At that time, Cage was still in talks to be part of the film.

Nicolas Cage vows not to see the movie

In an interview with Collider, Cage reveals that he has no intention to watch the film he just made.

“I’m never going to see that movie,” declared the actor. “I’m told it’s a good movie. My manager, Mike Nilon, who is also a producer on it, looked at it. He was very happy. I’m told the audience loved the movie. But it’s just too much of a whacked-out trip for me to go to a movie theater and watch me play Tom Gormican’s highly-neurotic, anxiety-ridden version of me. Because he kept pushing me in that direction. I said ‘Tom, that’s not really me. I’m really [made of] quiet, meditative, thoughtful moments. I’m not this neurotic, high-strung, anxiety-ridden guy all the time.’ But he said, ‘well, neurotic Cage is the best Cage.’ I said, ‘okay, okay. Let’s go, man. I’ll do what you want.’ I won’t see it. But I do hope you enjoy it.”

‘The Unbearable Weight of Massive Talent’ opens in Phillippine cinemas on Wednesday, May 11, 2022. Book your seats ahead and buy your tickets here. 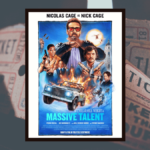 New Movies This Week: The Unbearable Weight of Massive Talent