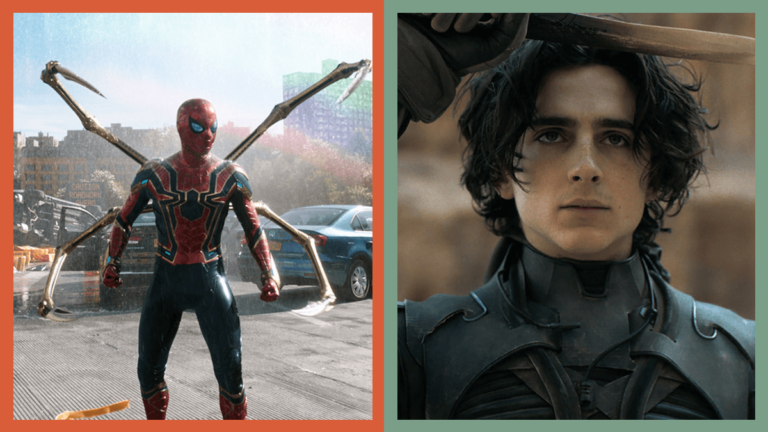 In case you missed it, Philippine cinemas are finally reopening this November 10 as more places are put under Alert Level 3. The only rules that are needed to be followed are that only 30% of the venue capacity is allowed, moviegoers should be fully vaccinated, and that they must be a seat apart from each other. Despite these rules and restrictions, though, this is still good news for those who’ve been missing the experience of watching movies on the big screen!

If you’re like us who’s missed the cinemas, you might already have a long list of films that you’d want to watch once they open! Below, we’re sharing our own wishlist of films we hope will premiere in PH cinemas soon. Check it out here:

Shang-Chi and the Legend of Ten Rings

Shang-Chi and The Legend of the Ten Rings follows Shang Chi, who must confront the past he thought he left behind when he is drawn into the mysterious Ten Rings Organization. Starring in the film are Simu Liu, Tony Leung, Awkwafina, Michelle Yeoh, Fala Chen, Meng’er Zhang, Florian Munteanu and Ronny Chieng.

A Quiet Place Part II continues to follow the Abbott Family after the deadly events at home. This time around, they must face the terrors of the outside world as they continue their fight for survival in silence and eventually realize that the creatures that hunt by sound are not only the only threats that lurk beyond the sand path. Emily Blunt, Cillian Murphy, Millicent Simmonds, Noah Jupe, Djimon Hounsou, and John Krasinski star in this film.

Dune is about a brilliant and gifted young man named Paul Atreides who was born into a great destiny and must travel to the most dangerous planet to ensure the future of his family and his people. As malevolent forces explode into conflict over the planet’s exclusive supply of the most precious resource which can unlock humanity’s greatest potential, only those who can conquer their fear will survive.

Another MCU film that you wouldn’t want to miss this year is Eternals. It tells an epic story about a team of immortal heroes who is forced to act when The Deviants — mankind’s oldest enemy — resurfaces. The team includes the all-powerful Ikaris, humankind-loving Sersi, cosmic-powered Kingo, the super-fast Makkari, the inventor Phastos, the spiritual leader Ajak, the old-soul Sprite, the powerful Gilgamesh, the loner Druig, and the fierce warrior Thena. It stars Kumail Nanjiani, Gemma Chan, Richard Madden, Salma Hayek, Angelina Jolie, and more.

Spider-Man: No Way Home features our friendly neighborhood hero Spider-Man who, for the first time in cinematic history, is unmasked and is unable to separate his normal from his hero life. He enlists the help of Doctor Strange to reverse his scenario, only for him to discover what it truly means to be Spider-Man.

Set during the punk rock revolution, Cruella is about a young grifter named Estella who’s determined to be famous for her creative designs. She eventually catches the interest of the fashion legend Baroness von Hellman, which will set in motion a series of events that will transform Estella into the brilliant, bad, and a little bit mad, Cruella. Starring here are Emma Stone, Emma Thompson, Joel Fry, and more.

The 25th James Bond film, No Time To Die features Bond who has left active service and is now living a tranquil life in Jamaica. This life is interrupted by his old friend from the CIA Felix Leiter who asks for his help in rescuing a kidnapped scientist. This mission turns out to be more treacherous than expected, leading Bond on a trail of a mysterious villain armed with new technology. Daniel Craig, Rami Malek, and Ralph Fiennes star in this film.

ALSO READ
No Time To Die: The Official James Bond Podcast Features Interviews with the Cast

Dev Patel, Alicia Vikander, and Joel Edgerton star in the A24 film The Green Knight. It tells the story of Sir Gawain — King Arthur’s reckless nephew — who goes on a quest to confront the Green Knight, a tester of men. Gawain then fights ghosts, giants, thieves, and schemers in a journey to define his character and prove his worth in his family and his kingdom.

Last Night in Soho follows McKenzie’s Eloise — an aspiring fashion designer who suddenly finds herself in 1960s London. It’s there that she ends up inside the body of Taylor-Joy’s Sandy — a wannabe singer, who’s also Eloise’s idol. She then realizes that 1960s is not as it appears to be and that the past and present seem to fall apart with shady consequences. It stars Thomasin Mackenzie, Anya Taylor-Joy, Matt Smith, Diana Rigg, Rita Tushingham, and more.

Encanto tells the story of the Madrigals, an extraordinary family who lives in a charmed place called an Encanto. What makes this family special is how each member of the Madrigal family has a magical gift unique to them — all except Mirabel, an ordinary 15-year-old who’s struggling to find her place in the family. Lending their voices for the film are Stephanie Beatriz, María Cecilia Botero, John Leguizamo, Angie Cepeda, Diane Guererro, and more.