‘Tis The Season To Be Jolly: A 2015 Holiday Survival Guide in Metro Manila

From concerts to sales and bazaars to movies you should look out for, we've listed down all the events you can possibly attend with your family and friends.

14 more sleeps until Christmas (who's counting?!) and this means we all need to be on full throttle, attending all events and festivities that the holiday season always brings in.

From sales and bazaars to movies you should look out for, we've listed down all the things you need to know to enjoy this season of gift-giving and merriment with your family and friends. Happy holidays! 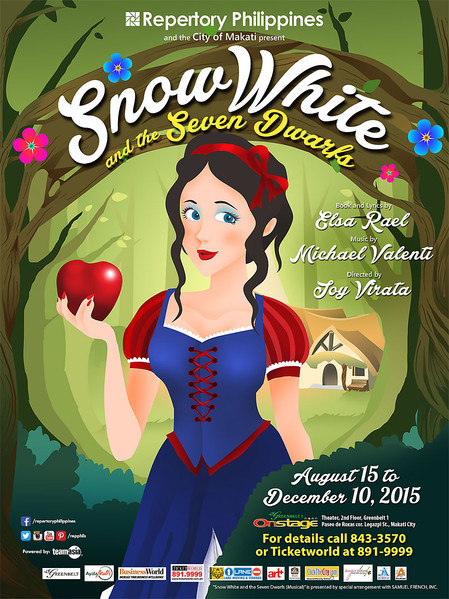 Snow White and the Seven Dwarfs

It features live music with choreography and classic ballet which the kids will enjoy.

Take a glimpse of a child's journey destined to be a hero. Pepito, a young boy from the future opens a magical book that becomes a magical portal to the past and future. 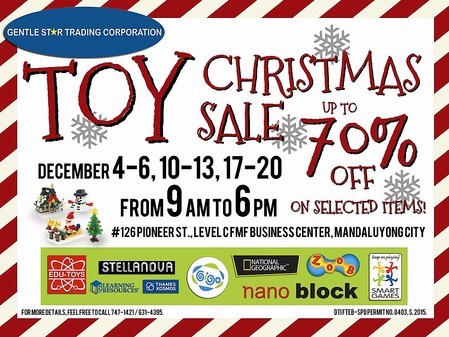 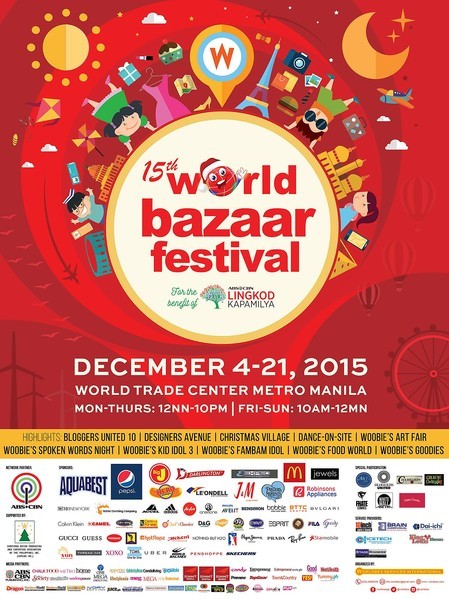 Take a trip through the familiar aisles of the country's grandest and longest running Christmas charity bazaar, but with all new highlights and activities around every turn. 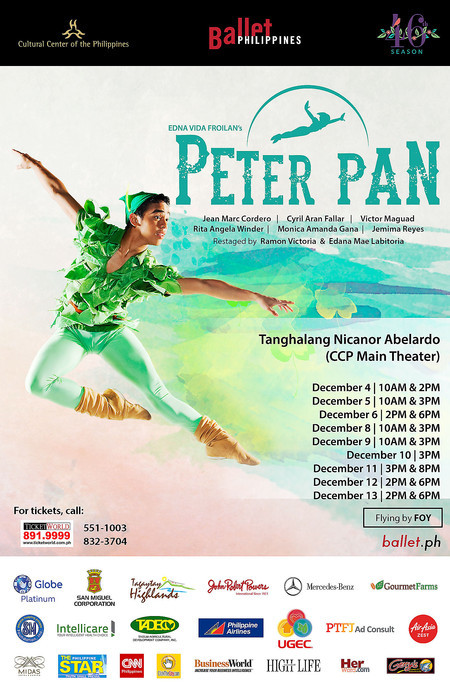 Highlights include the tap-dancing crocodile, the energetic Lost Boys featuring scholars of Ballet Philippines Dance School, the purely classical Mermaids, and of course, the glorious flying sequences with Peter, the Darling children, and Tinkerbell.

It will feature concessionaires offering unique, practical and giftable items. Feast on grilled delicacies, organic fare and delicious comfort food. The kids will be entertained by Cali Crafts who will be hosting a free arts & crafts area where kids can design and decorate different craft projects for free.

After 15 years in the business, Kamikazee will have their first arena show which will also be their final performance. So if you're a fan, make sure you catch their last performance and sing your hearts out to their popular songs like "Narda," "Martyr Nyebera," and "Ambisyoso." 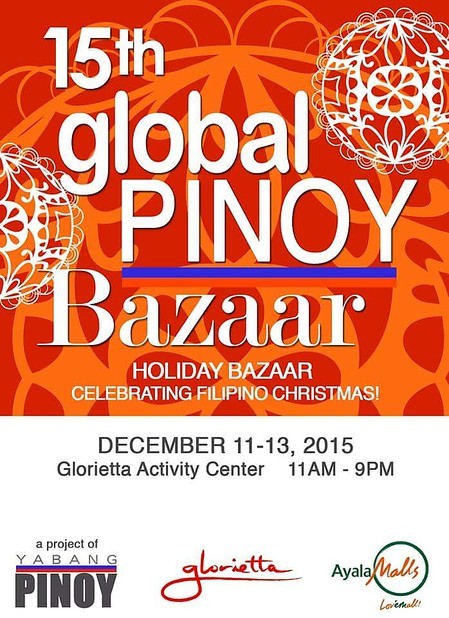 The Theatre at Solaire

With over 300 participating brands including the likes of Keds, Sperry Top-Sider and I Love Koi offering discounts at up to 70% off, you’ll surely find something worth getting. 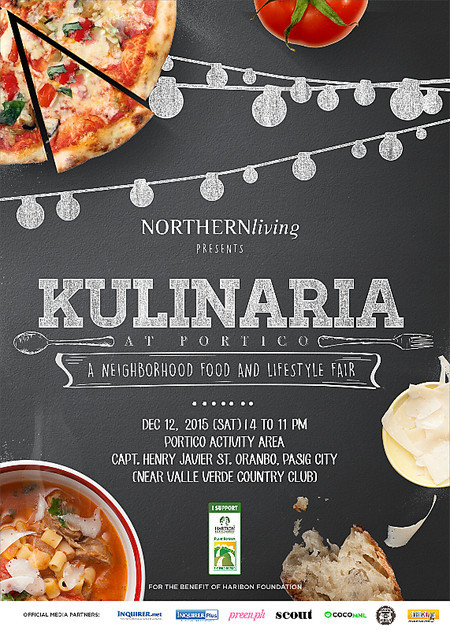 Feast on an array of food and products for a night of gastronomic exploration and relaxation. 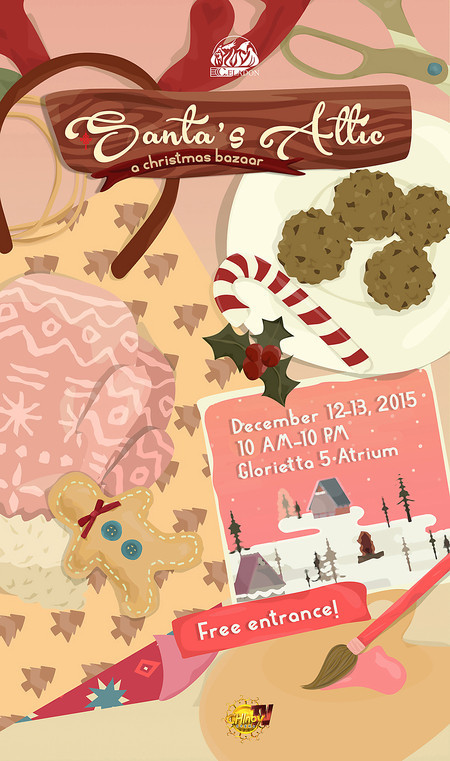 The bazaar will feature up-and-coming young entrepreneurs who will be bringing their fresh and unique gift ideas to the table. Among these notable products are stylish apparel, original arts and crafts merchandises, delectable food choices, and refreshing beverages. 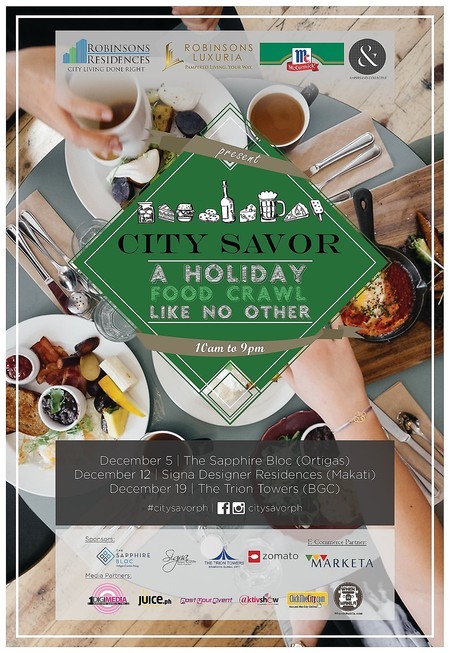 City Savor: A Holiday Food Crawl Like No Other 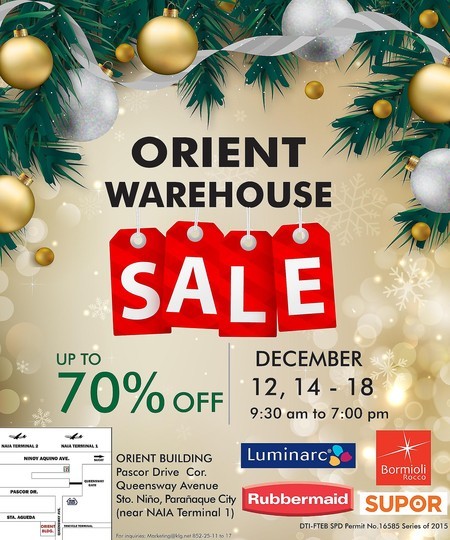 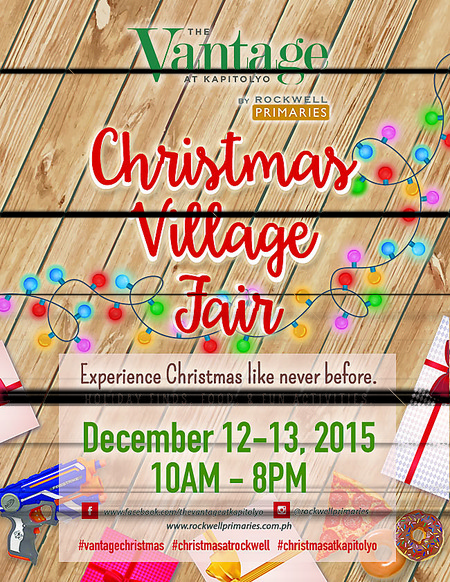 The Vantage at Kapitolyo

A Christmas bazaar for family and friends that will feature exciting villages for handcrafted items, recycled art, fashion pieces, as well as food and activities for visitors.

From gourmet food products to quaint trinkets and cool toys, there’s surely a good find for just about everyone. 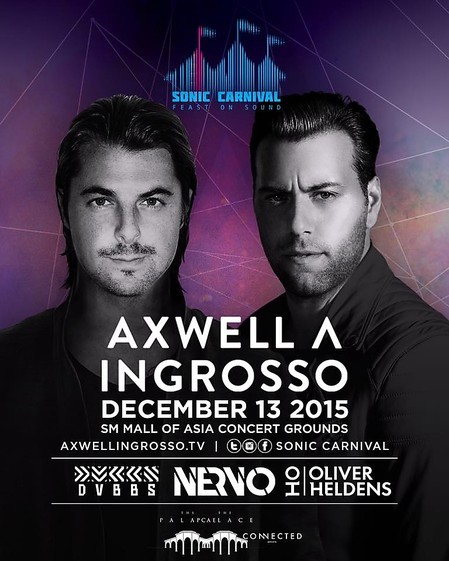 The Theatre at Solaire Resort & Casino

Music for the Holidays

The Theatre at Solaire

Hear the awe-inspiring excerpts of Friderick Handel’s “Messiah,” at the Christmas concert by the Manila Symphony Orchestra under Professor Arturo Molina, with the Viva Voce Chorale and Soloists, and international and viral sensation Gerphil Flores for an all-around holiday hurrah. 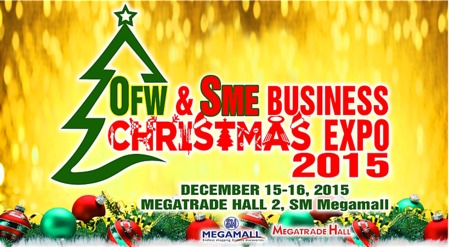 It is an event dedicated to all balikbayans and small and medium enterprises and entrepreneurs which will serve as your local connectioin to explore business opportunities, enhance networks, learn the latest market trends and more. 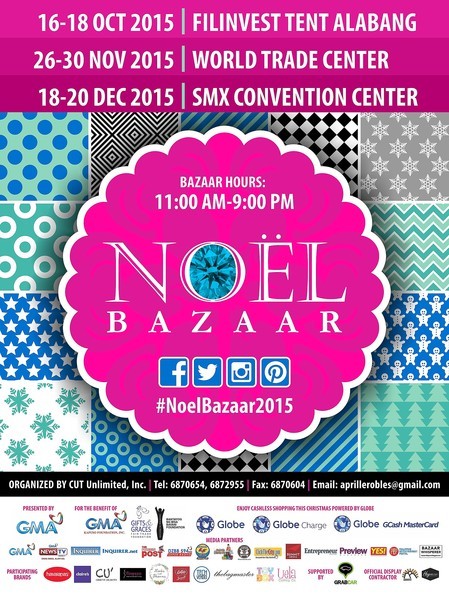 It will feature a wide range of concessionaire– from fashion and beauty items, home decors, food, novelties, Christmas trimmings and other unique affordable gift items for the upcoming holiday season and beyond. 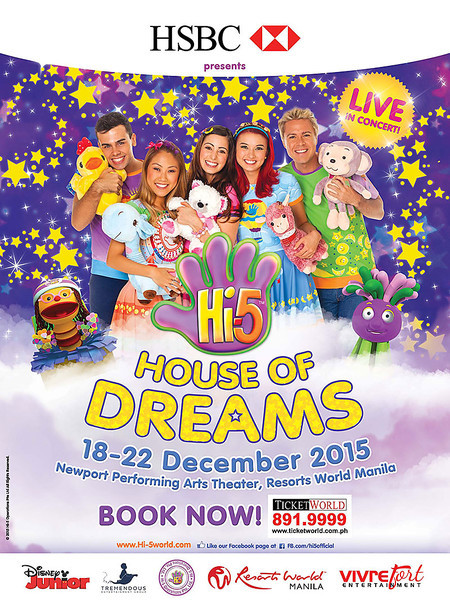 Avoid the long lines at he mall, head to our bazaar and enjoy shopping with the whole family. Lots of unique finds to choose from for everyone and mouthwatering food served before your very eyes.

City Savor: A Holiday Food Crawl Like No Other

A gathering for creatives which will hold photography workshops, Instagram and OOTD workshops. A lineup of celebrities and entrepreneurs like Dani Barretto, Ava Daza, Janeena Chan, Dominique Tiu and more. 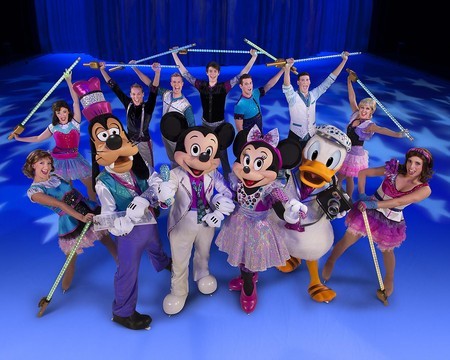 Aside from world-class skaters who make up its talented ensemble, it will feature the animated feature film of all time Frozen, along with three Disney royal adventures.