Moseley, known for his roles in 'The Chronicles of Narnia' and 'The Royals' is in Manila to promote his latest film 'Carrie Pilby' in theaters March 29. Read our exclusive interview with the English actor here.

William Moseley, known for his roles in 'The Chronicles of Narnia' and 'The Royals' is here in Manila to promote his latest film, Carrie Pilby.

We saw the English actor grow up with the The Chronicles of Narnia film series, as he portrayed the role of Peter Pevensie, the eldest of the Pevensies and ruler of Narnia. He is currently in the small screen as part of royalty again — but now in a much more grown up role. He is Prince Liam, the son of the King and Queen of England in the E! original series The Royals. Also starring Elizabeth Hurley, the popular American drama series has been renewed for another season, so fans can await for more scandalous stories come Season 4.

In Moseley's latest film, he stars opposite indie actress Bel Powley in Carrie Pilby, based on a popular chick-lit novel by Caren Lissner. Moseley plays Cy, the didgeridoo-playing neighbor of Carrie and a match to her prodigious intellect. "I think the audience will bring home with them after watching the film is that it's important to be yourself," Moseley shares.

Q: We've seen you 'grow up' with Narnia, which is a very successul franchise.

How was the journey like for you, after Narnia?

The journey after Narnia, it was quite strange. Because what I did always want was to earn my way as an actor, and I saw all these other actors and I felt like they sort of got to this place through a lot of hard work. And I wanted that to happen to me as well, and it did – a lot of hard work. I'm really glad for it. Because it made me really appreciate acting and appreciate film, and appreciate the work. And I think it also made me a better actor, a more confident actor.

You have been working on films, and now you're also on television with The Royals. It's a very different medium and also very different from your earlier work – it has quite a sexy story.

So how is it like working for this series?

The Royals? It's a dream come true actually, The Royals is the best job anyone can ask for. I get to play a prince, I have lots of attractive girls that I get to work with, and my role… He isn't stupid—I like my role because he is very intelligent, he's driven, and he's full of emotion. And he's full of anger and he's full of pain, you know, sort of a madness at times. And I love it. And I love the fact that I can shoot in London, because all my family is in London, and four months out of every year, I get to go back to London and get to see my old school friends, my best best friends. And I get to see my family in the weekends, and I feel reconnected.

Now you are starring in Carrie Pilby…

Can you describe the film to us in your own words? No spoilers, of course, since I haven't watched it yet…

I'll try to spoil it, I'm really good at spoiling [laughs]. The film Carrie Pilby is about a very intelligent young woman who went to Harvard at the age of 14, and graduated when she was 18. She has an IQ of 180, but she struggles to find a boyfriend, she struggles to find even friends, really. She's quite a lonely person. And she meets a lot of men, and they all disappoint her for various reasons. But she does meet one young man who doesn't disappoint her, and I'm not gonna say who that is so I don't spoil anything… [laughs]

How was it like working with Bel Powley? I think here in the Philippines, this might be the first time most will be seeing her on the big screen.

She's a wonderful actress. Bel is a brilliant actress, and she's a really sweet person. And I think if anyone here in Manila wants to see one of the best independent films made in the last ten years, she's the star of it. And it's called Diary of a Teenage Girl. You should see it because it's got a Lolita kind of feel, it's almost like a French film. It's a beautiful film, and if you see her in that, you will be—like I was—really taken. Your breath will be taken away by her.

What attracted you to the story of Carrie Pilby?

I think what made me attracted to it, because I read for the part… When I was reading, I liked the scenes that they gave me, and I felt really connected to it. And I sort of understood the character. Sometimes you understand the character just right away, and sometimes you have to work on understanding him. So I understood this character quite quickly. And yeah, I really liked it. What do you think the audience will bring home with them after watching the film?

I think the audience will bring home with them after watching the film is that it's important to be yourself. I said this before—you know, we live in this sort of Instagram world, you know? We live in this pop world where everybody's beautiful and thin and you know, they all have these girls with fabulous lives, supposedly, and the just fly around here. And you know, for a lot of these girls, they aren't that person and you never will be that person. They look at this thing and they go, why is that not me? But, that shouldn't be you. That shouldn't be what you aspire to. What you should aspire to is to be yourself. And it's what's on the inside that is beautiful, and for me, I find that more attractive. When somebody has an interesting personality—they don't care what people think of them. That's attractive. And I think that's what people should take from the film.

Say you had to accomplish a list, like Carrie Pilby in the film — a challenge for you get out of your comfort zone. What do you think would be on your list?

On my list? Probably be, to run a marathon. That would be quite hard. I run but running a marathon would be hard for me. And probably… I think sometimes I get too wrapped up in my acting. Maybe to take my mind out of my work more, and relax a bit more. And then, I don't know. Maybe one more thing—I would like to have a pet, like she did. But I don't know if I would be able to take care of it.

We know that you're going to be part of The Little Mermaid. Can you share more about that?

It's a small film, but has a big heart. And it's a take on the Hans Christian Andersen story. It's about a mermaid who is entrapped in a circus in the 1930s , and I play a reporter who goes to investigate this supposed mermaid healing water that people drink and get better. And so I go down with my niece, to go see if it is true, and I end up maybe having to free the mermaid. There might be a bit of a love story there.

Can you tell us about your earliest memory about acting?

My first memory of acting was the auditioning process when I was ten years old for a TV movie on BBC. And I just remember they made us play games. They made us pretend that we were a chef or pretend that we were in a restaurant, and I thought it was really fun! And I thought, oh my god, if I can do this for the rest of my life, I never have to work again! This sounds like the best job ever! [laughs]

What food always reminds you of home?

Roast chicken. A big roast! In England, we have what we call a roast every Sunday. That's a big roast chicken, roast potatoes, carrots, brocolli, and some gravy.

Yeah! Every mother in England makes it on Sunday.

What has been the most unusual fan encounter you've had?

I had somebody show up to my house in England once, in the middle of the countryside. From Russia. He saved up all his money.

Whoah–saved up all his money just to travel and meet you? What kind of music are you into right now?

Right now I am listening to The Weeknd, Chance the Rapper, and I always listen and keep coming back to Kid Cudi. I listen to Kid Cudi a lot.

If you get to pick your final meal on earth, like a last supper, what are you going to have?

It would either be a roast chicken or be like, a curry that my mom makes. Yeah, I'm fine with that. Burdened with an overactive moral compass and self-consciously aware of her uncommon intellect, in a city full of people she considers oversexed, deceitful hypocrites, Carrie finds herself isolated, friendless, dateless and unemployed. 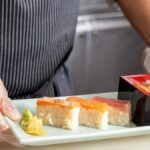