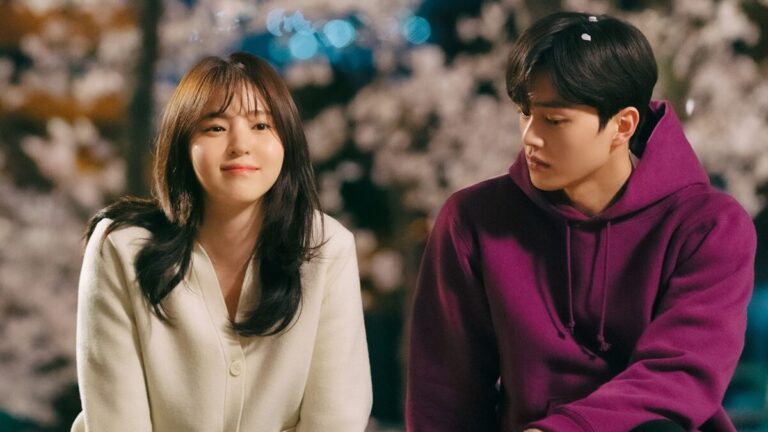 Nevertheless has just premiered on Netflix last Sunday, but it’s already looking like the next K-drama that’s guaranteed to make us feel kilig and get our hearts fluttering, episode after episode! This new drama follows the romance between two people who end up falling in love despite their reservations.

In this drama, Song Kang plays Park Jae Eon, a flirty art student who doesn’t want to commit to a relationship. He ends up meeting Han So Hee’s Yoo Na Bi, another art student who, after getting her heart broken, decides that she no longer wants to believe in love, but wants to date, nevertheless. Despite the differences in their views on love and relationships, the two find themselves attracted to each other and getting into a complicated relationship.

If you’ve seen the first episode of the drama and are now like us who just want more content with these two ~relatable~ characters, we’re bringing you five things you need to know about this new drama. Check it out below:

Nevertheless is based on a popular webtoon of the same name

Yup! Just like a good number of dramas recently, this 10-episode title is also based on a popular Korean webtoon of the same name. According to director Kim Ga Ram during the press conference, she was actually a huge fan of the original webtoon and that she “truly related to the despair [and] the bitterness of romance” of the story. She also mentioned that upon reading it, she really wanted to turn it into a live-action series so she can convey its realistic story to the audience.

If you’re curious as to what the webtoon looks like, and how the drama compares to it, you can actually check out the complete and English-translated one, which is available on Line Webtoon.

When it comes to casting, Director Kim said that Song Kang and Han So Hee — who’s also a big fan of the webtoon — were the two stars that came to her mind upon reading the webtoon. And because both were two of South Korea’s “hottest rising stars,” she had to ask them to work with her multiple times. Thankfully, though, the two both liked the webtoon and said yes to working with her, making casting easier for her, especially since both were totally in sync with the drama’s Na Bi and Jae Eon.

Asked about how similar or different she is with Na Bi, Han So Hee gave her and Na Bi a score of 50%, since she can’t 100% relate to her. “Na Bi knows that this is a dangerous relationship, but she falls into it anyway,” So He explained. “In the past, I would have acted like Na Bi, [but] now that I’ve been through that and done that, I kind of resonate with [her] but I feel kind of sorry for her, too.”

As for Song Kang, who plays the flirty Jae Eon, he said he focused more on portraying the character’s cold and icy side. According to him, he even went on a diet and lost 5 kilograms to make him seem more like the webtoon character that Jae Eon is originally based from. He added that because his character is someone who “doesn’t really talk about what he really feels inside,” he had to talk with the director a lot to discuss on how best to play him.

One of the most popular comments when it comes to the casting is how Han So Hee and Song Kang both look like the original webtoon characters, and this is also one of the reasons why acting together has been easy for the two actors. Song Kang said, “Because So Hee was so in sync with Na Bi, I could really just fall into that emotion because [the] circumstance was just perfect.”

Han So Hee also commended Song Kang for portraying Jae Eon so well, especially since he’s also very physically similar to the original webtoon character. She also thought that while Song Kang and Jae Eon’s personalities contrast each other, making Song Kang even more charming in his character. “Song Kang has a very bubbly character,” she said. “His charms are quite different from the character Jae Eon, because he’s very pure. I think that sort of contrast makes him even more charming.”

As to what his chemistry with So Hee was like, Kang said that theirs is described “as a great friendship.” He said: “I think we were able to create a relationship and relate to each other because we are the same age. We were able to also create this connection with the young characters as well.”

After learning ballet for his role in his recent drama Navillera, Song Kang also had to study metal and glass art to be able to immerse into the character of Jae Eon even more. “It was a little daunting at first, but the more I got into it, working with metal, and [the process of creating something] was just so fun,” Kang explained. “I am trying to take it up as a hobby.”

That wasn’t the case, however, for Han So Hee, who majored in art in university. Director Kim said that while everyone took up art classes, So Hee didn’t have to as she was already good at it. “The art director was very fond of her, because she already knows where to go, what to do, and she’s really good with all the utensils as well,” Director Kim shared.

Nevertheless is a hyper-realistic drama that Director Kim hoped would remind the audience of what young love feels like. And from the first episode alone, the viewers have already found themselves feeling this and relating to the drama’s main leads, Na Bi and Jae Eon, who end up in a complicated relationship despite not believing in love and commitments.

Han So Hee said that she, herself, also related to the story of the drama and that she knows what it’s like to be in Na Bi’s position, “All of the situations, all of the clues are telling you that this person is not sincere,” she began, “But, still, you continue to force yourself to believe that maybe this time it’s be different. Maybe you’re an exception. I think that’s the point I related to the most.”

When asked what sets Nevertheless apart from other romance dramas, Director Kim said that while most people turn to dramas that show a romance’s “fantasy side” to escape reality, Nevertheless highlights the bitterness of romance — something that the original drama focused on. “We always ask ourselves and go into relationships, nevertheless. [We] get hurt, and we may think that we don’t want to love anymore, yet we find ourselves still trying to find romance once again,” Director Kim explained.

Nevertheless is now streaming on Netflix. New episodes drop every Sunday at 12MN. 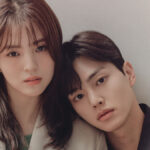