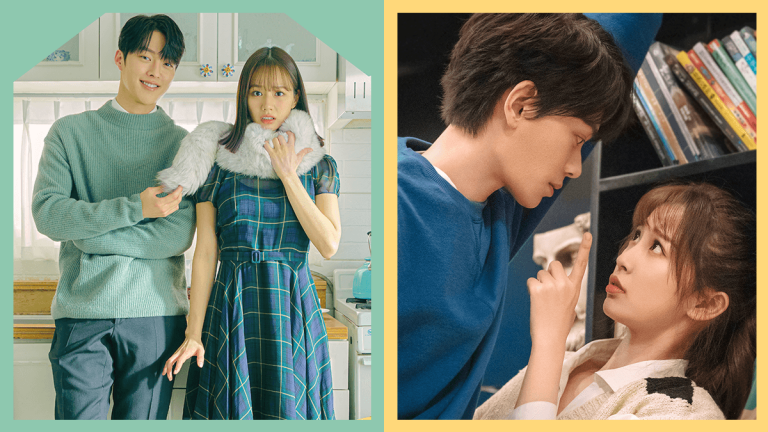 iQIYI is celebrating love from May 20 to September as it presents a curated and kilig-inducing lineup of Asian romance titles everyone would surely be excited for! The LOVE ON collection officially launches this May 20 or 520, a Chinese romantic day as it sounds a lot like “wo ai ni,” the Mandarin way of saying “I love you.”

As part of their LOVE ON collection, the streaming site will be introducing 7 Chinese original romance dramas, as well as a number of Korean titles that every Asian drama fan would enjoy. And as they drop more titles in the coming months, subscribers will be able to have access to over 600 hours of non-stop romance dramas for that ultimate kilig marathon!

Check out some of the titles that are premiering on iQIYI starting this May:

This Chinese slice-of-life drama is about Chu Li, who successfully gets into her dream company. It’s there that she navigates the competitive publishing industry until she becomes the company’s editor. It’s also there that she meets the author Zhou Chuan, who she is in odds with. However, they eventually realize that they are close friends online, forcing them to reevaluate their relationship.

Cast: THE9’s Esther (I’ve Fallen For You), Ryan Ding (The Romance of Tiger and Rose)

My Roommate is a Gumiho
May 26

This K-drama centers on Shin Woo yeo — a 999-year-old gumiho who collects human energy in a marble to attain a human form. Things get complicated when college student Lee Dam accidentally swallows his marble, endangering her life and Woo Yeo’s chance of becoming human. Woo Yeo then proposes that he and Lee Dam live together as they both figure out how to safely retrieve the marble.

Another C-Drama that’s part of the LOVE ON lineup is Make a Wish. It’s about a “Buddhist Youth” named Yu Chi Yan, who believes in always taking the path of least resistance. He coincidentally saves a white cat, who turns out to be a cat spirit from a parallel world. This cat then takes on a human form and becomes Xiao Xiu, who must repay Chi Yan for his kindness before she can return to her world.

Cast: Ren You Lun (These Brothers Have Some Problems), Ge Xin Yi

Sweet Teeth tells the love story of a librarian and a taciturn dentist. It’s about Zeng Li, who meets her dentist Ai Jing Chu when she gets her teeth straightened. The two gradually fall in love, but as they were about to confess, Zeng Li’s first love Yu Yi returns after a decade. The three then try to figure out their feelings for each other.

Cast: Betty Wuc (Duoluo Continent), Bi Wen Jun (In a Class of Her Own)

Shi Yi is someone known to be one of the best voice actors in the industry, who meets the chemistry professor Zhou Sheng Chen. Zhou Sheng Chen agrees to marry so he could take over the family business, but rejects her mom’s arrangement on who he must marry. He then marries Shi Yi and they take over the family business, salvaging it while preserving the traditional arts. Things get complicated when Shi Yi gets into an accident, getting herself injured so she could save her husband.

The Day of Becoming You

In this C-drama, Steven Zhang plays jiang Yi, a member of a popular male group. He’s known for being cold and stoic, but what people don’t know is that he is an otaku. Liang Jie, on the other hand, plays Yu Sheng Sheng, an entertainment reporter who is interested in popular culture.

When an accident causes the two to swap identities, they are forced to live a life that’s different from their own. They grow emotionally attached the more they rely on each other, eventually falling in love as they understand their own hardships better.

Love Under the Full Moon

Love Under the Full Moon is about Lei Chuxia, who, after a Super Moon, loses her memory and time-travels to the world inside Xu Xiaodong’s phone. While he is able to get her out, Lei Chuxia realizes that she can only move around Xu Xiaodong. To get rid of her, Xu Xiaodong helps her regain her identity but ends up meeting her fiancée instead.

First Love Again is a C-drama which is from the novel Time Machine. It tells the Ye You Ning, a cold and unapproachable top student and the bright Xia Wen Xi, who meet in a parallel time and space. Ye You Ning of the present ends up meeting the Xia Wen Xi of 2006. Their unexpected meeting leads them to form a sweet romance, and a new chance to relive high school, meet old friends again, and experience the taste of first love.

At A Distance, Spring is Green

This 12-episode K-drama is a coming of age story about young people in their 20s, as well as the problems they face in university. It centers on Nam Soo Hyun and Yeo Joon, two boys with different personalities, who become friends after working on a project together.

Monthly Magazine Home is another K-drama that tells the diverse stories of home magazine editors. It also follows the home-searching romance story of a man who buys houses and a woman who lives in one.

EXO’s Sehun star in the Chinese movie Cat Man as Liang Qu, a cold but charming half-cat, half-human guy who has the ability to melt or heal broken hearts. He lives with Miao Xiao Wan, a confident woman who creates an app that can translate a cat’s sound and languages.

August Never Ends is a movie about two friends with different personalities — the rebellious Weiyang and the idealist Princess Qiao. When Qiao meets Weiyang, the two become close friends. Things take a turn when Qiao’s fiancee Chao Yan falls in love with Weiyang, putting the three in a very complicated scenario.