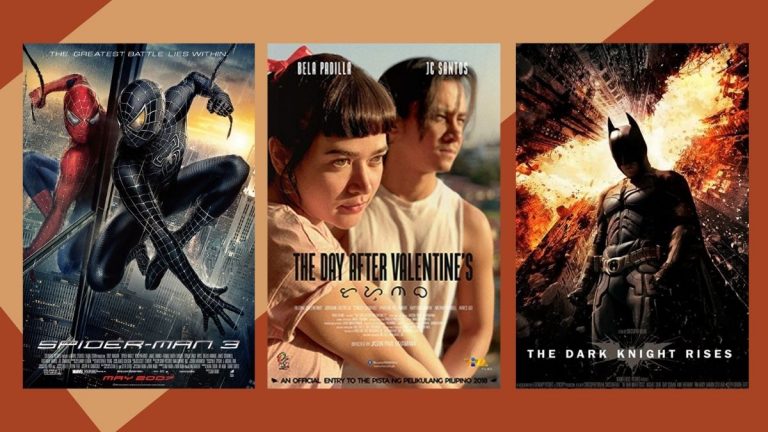 Isn’t it a bummer when you see your favorite movie already playing halfway through when you turn on the TV? Fret not! From rom-com and action to horror and thriller, we’re giving you a heads up on all the must-watch movies on TV from April 26 to May 2, 2021.

Clueless
(2:15pm, HBO)
Cher is a rich high-school student who is learning to cope with adolescence and its problems. She also helps a new student gain popularity and in the process discovers her own feelings for someone.

My Big Love
(4pm, Cinema One)
An overweight chef hires a personal trainer to get fit for the woman he loves.

Five Feet Apart
(6:55pm, FOX Movies)
Seventeen-year-old Stella spends most of her time in the hospital as a cystic fibrosis patient. Her life is full of routines, boundaries and self-control — all of which get put to the test when she meets Will, an impossibly charming teen who has the same illness.

Final Destination 2
(11:35pm, Cinemax)
After she has a premonition of an accident, Kimberly rushes to save the lives of the people involved. However, one by one, the survivors start dying and she realises that her life is also at risk.

17 Again
(3:50pm, HBO)
Mike is unhappy with the way his life has turned out and wishes he could be 17 again to change it. One day, he wakes up to find that his wish has been granted.

No Other Woman
(7pm, Cinema One)
A woman discovers that her husband is having an affair with a customer’s daughter.

The Dark Knight
(7:30pm, Cinemax)
After Gordon, Dent and Batman begin an assault on Gotham’s organised crime, the mobs hire the Joker, a psychopathic criminal mastermind who offers to kill Batman and bring the city to its knees.

Harry Potter And The Goblet Of Fire
(4:15pm, HBO)
When Harry is chosen as a fourth participant of the inter-school Triwizard Tournament, he is unwittingly pulled into a dark conspiracy that endangers his life.

The Love Affair
(7pm, Cinema One)
A lawyer ends her terms of partnership, and decides to focus on herself, with a little help from a new man.

The Panti Sisters
(5pm, Cinema One)
A father announces to his three sons that he is dying of cancer.

Ghost Busters (2016)
(5:20pm, FOX Movies)
Paranormal enthusiasts Abby, Erin, Jillian and Patty set out to capture ghosts when they realise that someone is attempting to cause an apocalypse by summoning ghosts in the city of New York.

Charlie’s Angels: Full Throttle
(6:35pm, Cinemax)
The Angels track down rings containing the names of those in the FBI’s witness protection programme. However, the witnesses begin to get murdered one by one.

Red
(9pm, HBO)
Frank Moses, a former black-ops agent, learns that his life is under threat from an assassin. In a bid to protect himself, he reunites with his old team to nab the man who has vowed to kill him.

Babe: Pig In The City
(5:35pm, HBO)
Even though Babe wins a shepherding contest, farmer Arthur Hoggett refuses to make money using his pig’s talents. Babe and Mrs Hoggett head to the city in order to raise funds to repay the bank loan.

Spider-Man 3
(6:05pm, Cinemax)
Peter Parker becomes one with a symbiotic alien that bolsters his Spider-Man avatar and affects his psyche. He also has to deal with Sandman and maintain a fragmented relationship with Mary Jane.

I Love You, Goodbye
(7pm, Cinema One)
Lizelle Jimenez is a simple woman from a poor family. She then meets a very wealthy, good-looking, and loving man in the person of Dr. Adrian Benitez. They become lovers and start living together as a happy couple.

The Day After Valentine’s
(7:30pm, PBO)
Two perfect strangers form an unlikely friendship at an Airbnb, which leads them to overcome their personal issues around racism and misogyny in their home lives.

Note: The schedule will be updated once available.

Babe: Pig in the City

The Day After Valentine's