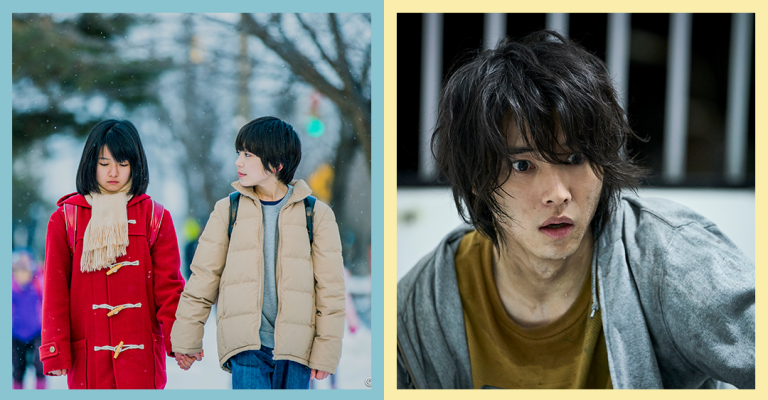 New in the world of Japanese dramas? Here are some of the shows you can watch right now!

If you’ve always loved K-dramas but have now been wanting to explore more Asian content, then the world of Japanese dramas is something that is worth delving into. Japanese dramas are usually shorter in terms of the number of episodes, but still have a well-developed and unique storyline, making it an easy and worthwhile binge for those who want something to watch during their weekends.

And just like how there are a lot of K-dramas that are based on webtoons, there are also a good number of amazing J-dramas that are actually adapted from manga. These dramas come in a variety of genres — from rom-com to sci-fi — so there’s definitely a new title for you to watch no matter what your preferences are.

Here are 12 Japanese dramas you must check out, from the classic to the more recent ones:

Mischievous Kiss centers on the not-so-smart high school student Kotoko Aihara who confesses her feelings to the handsome and smart Naoki Irie. However, Naoki rejects her, saying that he doesn’t like dumb girls. The relationship between the two changes when Kotoko’s house is severely damaged by a meteorite, making her move to a temporary house. It’s there that she discovers that she’ll be living with Naoki, and she gets a chance to finally win his heart.

The 2013-drama is based on the manga Itazura Na Kiss. The drama also has a sequel, Mischievous Kiss: Love in Okinawa.

Number of Episodes: 16
Where to Watch: Rakuten Viki

Before there was Korea’s Boys Over Flowers, people fell head over heels first with Japan’s Hana Yori Dango. The 2005 drama is adapted from the manga of the same name and follows Makino Tsukushi, the only poor student at the elite Eitoku Gakuen. It’s there that she meets Flower4 or F4, a group of four boys who all come from powerful families. After standing up for her friend, she becomes the target of F4’s bullying, but she declares war right back at them. Because of this, she catches the interest of two of the F4 members — Hanazawa Rui and the leader Domyoji Tsukasa.

Gokusen, also known as Gokudo no Sensei, centers on Yamaguchi Kumiko, who becomes the teacher of a delinquent class who does their best to make her quit her job. What the class doesn’t know is that she’s hiding her true identity, that she belongs to the 4th generation of the Oeda Family — a popular yakuza group.

In From Five to Nine, Sakuraba Junko is a 29-year-old English language school teacher whose dream is to work in New York. She gets involved in an embarrassing accident during a funeral service, where she encounters a handsome Buddhist monk. She thinks she will not meet the monk again, but things don’t go as planned when her family forces her to go to a matchmaking session and she ends up meeting again the monk, Hoshikawa Takane.

Bloody Monday centers on Takagi Fujimaru, also known as “Falcon,” who uses his hacking techniques to indict the acts of evil villains. He tries to fight against “Bloody Monday,” the worst form of viral terrorism to save his family, friends, and the world. The drama comes from the manga of the same name and first aired back in 2008.

Hanazakari no Kimitachi e (or Hana-Kimi) is a 2007-drama based on a popular manga following Ashiya Mizuki, who enters the same high school as a boy. This is all to get high jumper Sano Izumi to go back to the sport following his retirement due to an accident. The drama shows the chaos, troubles, and friendships that form at a boys’ boarding school.

Alice in Borderland (Imawa no Kuni no Alice)

Alice in Borderland follows Arisu, a jobless and video-game-obsessed young man, who finds himself in a version of Tokyo where he must compete in a series of dangerous games to survive. It’s there that he meets Usagi, who he ends up working with to solve one mystery after the other, risking their lives to know what it means to live.

The drama is adapted from the manga series Imawa no Kuni no Alice. Netflix confirmed that a season 2 will be coming soon.

Number of Episodes: 8
Where to Watch: Netflix

Life: Love on the Line (Life Senjou no Bokura)

Life: Love on the Line is a BL series about Ito Akira and Nishi Yuuki, who meet by chance after school as they were both trying to walk on the sidewalk’s white line. As they continue to meet at the same spot day after day, Ito realizes that he is attracted to Nishi in a way that’s new to him. The drama follows the two as their relationship progresses as their world changes after high school, throughout their college years, and into adulthood.

Number of Episodes: 4
Where to Watch: Rakuten Viki

Love Lasts Forever follows Nanase Sakura, who met and fell in love with the Doctor Kairi Tendo years ago. After working hard to become a nurse, she finally meets Tendo again, but he’s now different from what she imagined. He is now a perfectionist, often referred to by his colleagues as the “Devil.” To receive the recognition from Tendo, Sakura starts to work hard again, eventually catching the attention of the doctor.

Erased follows the aspiring manga artist Fujinuma Satoru who time travels to 18 years ago after the murder of his mother. This gives him the opportunity to prevent a kidnapping incident that took the lives of his childhood friends.

Number of Episode: 12
Where to Watch: Netflix

Cursed in Love is about Hanaoka Nao and Takatsuki Tsubaki, childhood friends who have become each other’s first loves. However, the two are separated after Nao’s mother is accused for the murder of Tsubaki’s father. The two meet again after 15 years in a confectionary competition. While Nao recognizes Tsubaki, Tsubaki doesn’t, and he ends up asking her to marry him on their first meeting. Nao decides to say yes, hiding her true identity so she can get into the Kogetsuan and prove her mother’s innocence.

Sleepeeer Hit! is about the Judo athlete Kokoro Kurosawa who ends up working at a weekly manga magazine after she gave up her dream because of an injury. It’s there that she learns more about the editing world, interacting with manga writers and artists. It’s also in the competitive world of manga publishing that she realizes that not all dreams can come true.

Which of these J-dramas will you be watching first? Let us know in the comments!