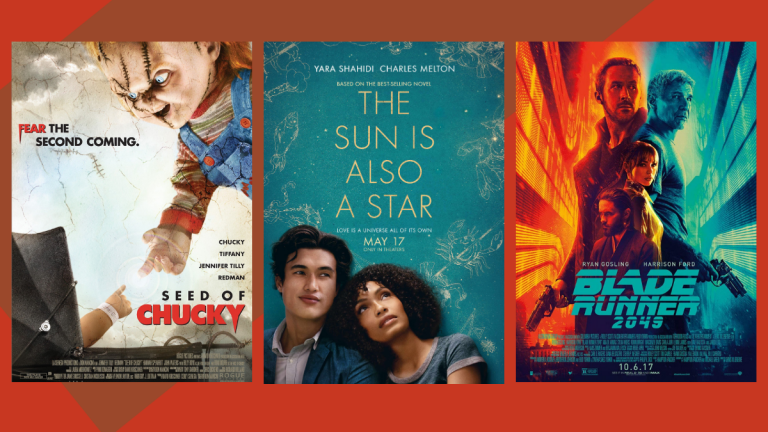 Isn’t it a bummer when you see your favorite movie already playing halfway through when you turn on the TV? Fret not! From rom-com and action to horror and thriller, we’re giving you a heads up on all the must-watch movies on TV from January 11 to 17, 2021.

Spider-Man 2
(2:15pm, Cinemax)
Peter Parker is dissatisfied with life when he loses his job, the love of his life, Mary Jane, and his powers. Amid all the chaos, he must fight Doctor Octopus who threatens to destroy New York City.

Guardians of the Galaxy
(3:25pm, FOX Movies)
Peter escapes from the planet Morag with a valuable orb that Ronan the Accuser wants. He eventually forms a group with unwilling heroes to stop Ronan.

Harry Potter and the Deathly Hallows pt. 1
(5:25pm, HBO)
After Voldemort takes over the Ministry of Magic, Harry, Ron and Hermione are forced into hiding. They try to decipher the clues left to them by Dumbledore to find and destroy Voldemort’s Horcruxes.

Harry Potter and the Deathly Hallows pt. 2
(7:50pm, HBO)
Harry, Ron and Hermione race against time to destroy the remaining Horcruxes. Meanwhile, the students and teachers unite to defend Hogwarts against Lord Voldemort and the Death Eaters.

Jojo Rabbit
(3:50pm, FOX Movies)
Hitler Youth cadet Jojo Betzler firmly believes in the ideals of Nazism manifested by his imaginary friend, Adolf Hitler. However, his foundations are shaken when he finds a Jewish girl in his house.

Ready or Not
(5:40pm, FOX Movies)
Grace couldn’t be happier after she marries the man of her dreams at his family’s luxurious estate. There’s just one catch — she must now hide from midnight until dawn while her new in-laws hunt her down with guns, crossbows and other weapons.

The Bourne Ultimatum
(7:05pm, HBO)
Jason Bourne, a former CIA assassin who suffers from amnesia, sets out to track down a CIA official whilst trying to retain memories of a forgotten past.

Seed Of Chucky
(10pm, Cinemax)
Glen travels to Hollywood after learning that a film is being made on the life of his dead parents. Later, he resurrects his dead parents using a voodoo amulet. Now the three go on a killing spree.

Hereditary
(10:15am, FOX Movies)
When the matriarch of the Graham family passes away, her daughter and grandchildren begin to unravel cryptic and increasingly terrifying secrets about their ancestry, trying to outrun the sinister fate they have inherited.

Mean Girls
(4:40pm, HBO)
Cady joins a new public school and befriends Janis and Damian. They warn her to avoid the Plastics, a group led by Regina, but things get worse when she falls in love with Aaron, Regina’s ex-lover.

Mr. & Mrs. Smith
(6:15pm, HBO)
A husband and wife struggle to keep their marriage alive until they realise they are both secretly working as assassins. Now, their respective assignments require them to kill each other.

Child’s Play 2
(10pm, Cinemax)
The soul of serial killer Charles Lee Ray is still alive in the killer doll named Chucky and he continues his search for Andy to possess him and take over his body for revenge.

Snow White and the Huntsman
(6:55pm, HBO)
Queen Ravenna, an evil woman, tasks Eric, a huntsman, with murdering Snow White, her stepdaughter. Instead of killing her, he ends up becoming her protector.

Hancock
(7pm, Cinemax)
Ray decides to help Hancock, an unpopular superhero, enhance his public image. When Hancock meets Ray’s wife, he discovers that he is not the only one of his kind.

Split
(9pm, FOX Movies)
Kevin, who is suffering from dissociative identity disorder and has 23 alter egos, kidnaps three teenagers. They must figure out his friendly personas before he unleashes his 24th personality.

No Other Woman
(11:15pm, PBO)
A woman discovers that her husband is having an affair with a customer’s daughter.

Spider-Man 3
(5:40pm, Cinemax)
Peter Parker becomes one with a symbiotic alien that bolsters his Spider-Man avatar and affects his psyche. He also has to deal with Sandman and maintain a fragmented relationship with Mary Jane.

Zoolander 2
(7:15pm, FOX Movies)
After being in isolation for years, Derek and Hansel find themselves recruited by Interpol to unearth the mystery behind the assassinations of prominent celebrities from all over the world.

1917
(11pm, HBO)
Two soldiers, assigned the task of delivering a critical message to another battalion, risk their lives for the job in order to prevent them from stepping right into a deadly ambush.

The Sun Is Also A Star
(10:25am, FOX Movies)
Natasha, a pragmatic woman from Jamaica, falls in love with Daniel, an equivocal medical student, under atypical circumstances. However, their relationship is challenged by their own destiny.

Catch Me If You Can
(5pm, Cinemax)
Notorious con artist Frank Abagnale has duped people worth millions of dollars with his masterful art of deception. With his scams getting bolder, he is soon pursued by FBI agent Carl Hanratty.

Cats
(5:25pm, HBO)
A tribe of cats must decide yearly which one will ascend to the Heaviside Layer and come back to a new life.

Blade Runner 2049
(1:25pm, Cinemax)
Officer K, a new blade runner for the Los Angeles Police Department, unearths a long-buried secret that has the potential to plunge what’s left of society into chaos. His discovery leads him on a quest to find Rick Deckard, a former blade runner who’s been missing for 30 years.

Pokemon Detective Pikachu
(5:10pm, HBO)
After the demise of his father, Tim travels to Ryme city where he runs into his father’s Pokemon partner, Pikachu. They team up and try to work on the case left unfinished by Tim’s father.

World War Z
(9pm, FOX Movies)
Gerry, a former United Nations employee, unexpectedly finds himself in a race against time as he investigates a threatening virus that turns humans into zombies.

Thor: The Dark World
(11pm, FOX Movies)
Thor sets out on a journey to defeat Malekith, the leader of the Dark Elves when he returns to Asgard to retrieve a dangerous weapon and fulfill his desire of destroying the Nine Realms.