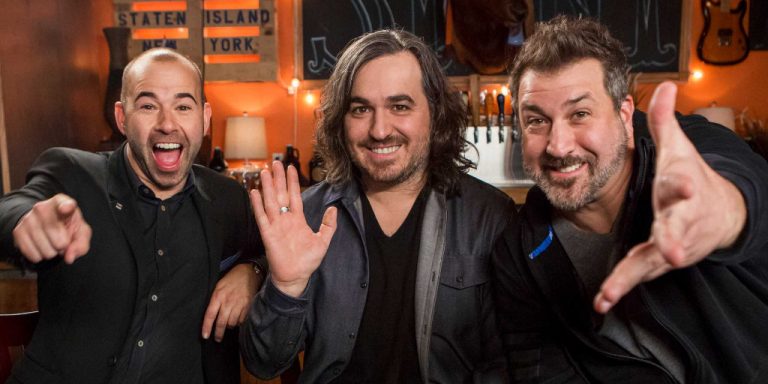 Reignite the joy this holiday season with these shows and films coming to HBO, HBO GO, and Warner TV!

Filipinos usually prepare their holiday get-togethers as early as November. But with the stay-at-home situation, how else can you enjoy spending time with your family and friends? Well this is it and now is the time. HBO, HBO GO and Warner TV have got you covered for your daily dose of laughter and maybe a bit of romance to reignite that joy in you even right before Christmas. Here’s what we’re watching to bring us all together.

Bazinga! One of the most beloved string theorist and Nobel Prize awardee from Texas, Sheldon Cooper, is back! Well, as a young kid with the same annoying antics and mannerisms we grew to love.

Follow young Sheldon as he graduates high school and embarks on his innocent, awkward and hopeful journey toward the man he will become. Young Sheldon Season 4 is slated to premiere this November 6, 8:35pm only on Warner TV.

Imagine a troupe of funny goofballs hired to bring out the best positive rumors about the ruling king of Joseon Korea? A death wish? Maybe. But not for these jesters looking for new opportunities!

Follow the funny misadventures of Deok-Ho and his troupe as they attempt to put King Sejo into good light with Jesters: The Game Changers this November 13, 10:00pm – only on HBO GO and RED by HBO.

Will these jesters succeed? We will find out soon enough and laugh even when it’s Friday the 13th!

Pinoys love Christmas carols so much that we’ve been having one since September! HBO GO will bring you that giddy feeling this Christmas with the movie premiere of Last Christmas on HBO GO and HBO this November 21, 9:00pm.

Kate, by some fate during her stint as a Christmas Elf in Yuletide Wonderful, meets Tom while getting pooped on by a bird – romantic ain’t it? With Tom’s help, Kate begins to find her Christmas spirit again.

On-cam practical jokes will never get old for Pinoys. This is why the members of the Impractical Jokers are back with a vengeance to get us laughing again.

Impractical Jokers is an American hidden camera-practical joke reality television series which follows 4 members, Joe Gatto, James Murray, Brian Quinn, and Sal Vulcano of the comedy troupe The Tenderloins as they coerce one another into doing public pranks while being filmed by hidden cameras.

Feeling the festive vibe? Why not end November with a musical about our favorite feline friends – Cats! Andrew Lloyd Weber’s classic gets reimagined by Oscar®-winning director Tom Hooper.

Catch these titles in your favorite WarnerMedia channels before you begin preparing for that Noche Buena with the family! After all, Christmas is about sharing the happiness and laughs even during quarantine.