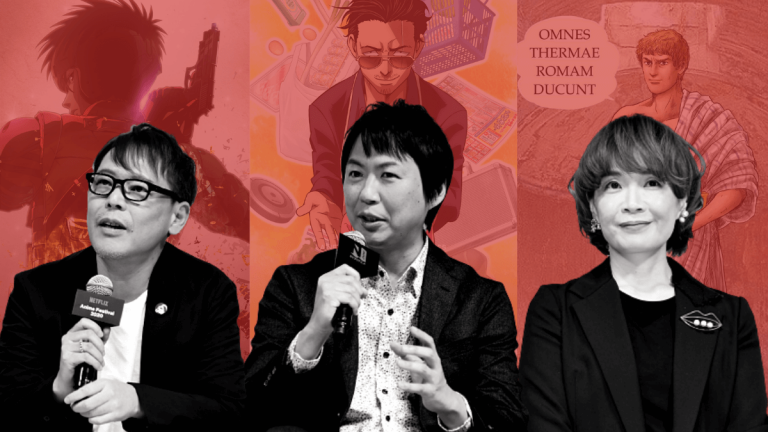 It’s been five years since Netflix started adding anime shows and films to their pool of Netflix Originals. And with the viewership of anime doubling every year, we can expect that such content will keep growing and thriving on the streaming platform.

In fact, the recent Netflix Anime Festival teased this growth with the exciting lineup of 16 titles coming soon to the streaming platform! This includes anime adaptations of popular manga series, as well as creations from different countries. In case you missed it, next year’s anime roster will include the much-awaited TRESE— the anime show based on a Filipino comic book series.

During a virtual press conference, some of the key figures of the upcoming shows and films answered a few inquiries regarding the platform’s future with anime. The interviewees are Netflix Anime Chief Producer Taiki Sakurai, manga author Mari Yamazaki, and producer Shuichiro Tanaka of David Production.

Asked what’s the advantage of Netflix when compared to other streaming platforms that also showcase anime content, Chief Producer Sakurai answers that it is their close collaboration with the creators.

“We have a direct connection with the Japanese creators and production partners in Japan on Netflix. And there’s a close relationship within the creative process,” said Sakurai.

“I guess in terms [of] having a close relationship with other partners, we don’t see that happening in other platforms especially in the international collaboration with other creators from other countries.” He added.

According to the Chief Producer, they first want to establish Netflix as a platform that everyone would want to participate in and streamline their content.

“You have the freedom but at the same time, you have a lot of supports that are being provided. I think many people are feeling that way. For the creators or the creative community, we want to be the first choice,” Sakurai explained.

Mari Yamazaki on Partnering with Netflix

Mari Yamazaki is the manga author of the bathhouse comedy Thermae Romae which has been adapted into an upcoming anime series on Netflix titled Thermae Romae Novae.

It follows the story of the Roman architect Lucius can time travel between Ancient Rome and modern Japan. Taking inspiration from the bathhouses of Japan, he introduces the modern bath culture to the Roman Empire.

“When Netflix approached me, they explained to me that this will be released all over the world, in hundreds of countries. I’ve never imagined that my work would be watched by so many people around the world simultaneously.” Yamazaki shared with the press.

“Netflix is a place where you really don’t have to think about sponsors or brands that are involved. It has a lot of creative freedom as a platform. In Japan, you always have to think about what other people would think– if this is politically correct or not?– but with Netflix, I am able to create and work freely and it’s liberating.”

Shuichiro Tanaka is a producer from David Production, known for anime titles like Cells at Work! and JoJo’s Bizarre Adventure. They will also be producing the exciting Netflix anime adaptation of the classic manga Spriggan.

According to Tanaka, producing anime from a source material that has a large fanbase really entails pressure. “Once we have [been provided with] the original, we hold a meeting for several days. And the members that take part are the director, producer, planner, [the writer], and in some cases, we have the animators,” the producer explained.

According to Tanaka, they would then discuss the core of the story; how they would tell the story through anime; and what they want to achieve from making an animation from the chosen original manga.

“These are the kinds of things we discuss, and we actually talk about it verbally, and we sort of relay that through the production process in order to be confident about being true to the original manga.” Said Tanaka.

Thermae Romae Novae, Spriggan, and Trese are just some of the many anime titles coming to Netflix next year! There are also other exciting shows and films including The Way of The Househusband, Yasuke, High-rise Invasion and a lot more. Check them all out here.

For more updates, check out Netflix Anime on YouTube.