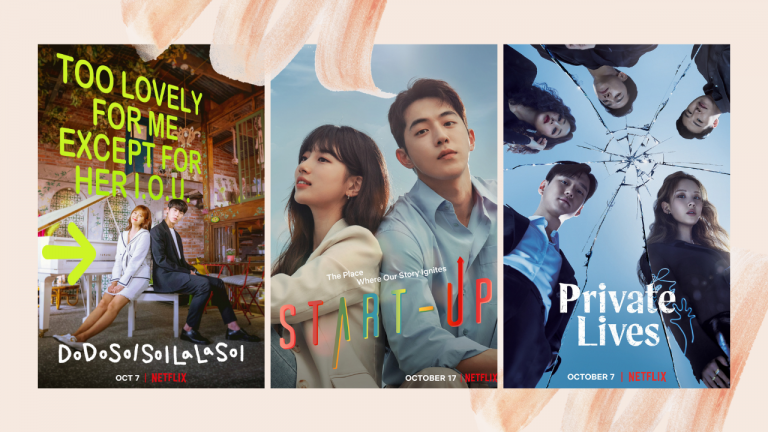 K-drama fans, it seems like we’re all for something good this October because Netflix is treating us to three new dramas that are all set to launch within the month!

Check out this rundown of all the K-dramas you’d want to check out soon so you can start marking your calendars as early as now:

Do Do Sol Sol La La Sol
Launches on: October 7

Go A Ra stars in Do Do Sol Sol La La Sol as Gu Ra Ra, a bubbly pianist who continues to move forward despite encountering a great misfortune. She eventually meets Lee Jae Wook’s Sunwoo Jun, who lends her money and helps her become more financially independent. As the two start opening up more, they become more special to each other.

The drama premieres this October 7, 10PM. New episodes come out every Wednesday and Thursday.

Private Lives is a drama about real emotions, relationships, lives, and the consequences people face when a series goes public. It centers Cha Joo Eun, Jeong Bok Gi, and Kim Jae Wook, who are con artists whose job is to disclose the private lives of various people, and Lee Jeong Hwan, a mysterious manager with a secret identity. Starring in this drama are Seohyun, Kim Hyo Jin, Kim Young Min, and Go Kung Pyi.

Private Lives launches this October 7, 10PM, with new episodes every Wednesday and Thursday.

Start-Up is a drama about people who are all trying to achieve their dreams at a place called Sand Box — a place with many start-up companies. Bae Suzy stars as Seo Dal Mi, whose goal is to be Korea’s Steve Jobs, while Nam Joo Hyuk plays Nam Do San, a former whiz kid who founded a struggling company. The two encounter each other a year later while they try to achieve success.

It launches this October 17, 10PM, with new episodes every Saturday and Sunday.