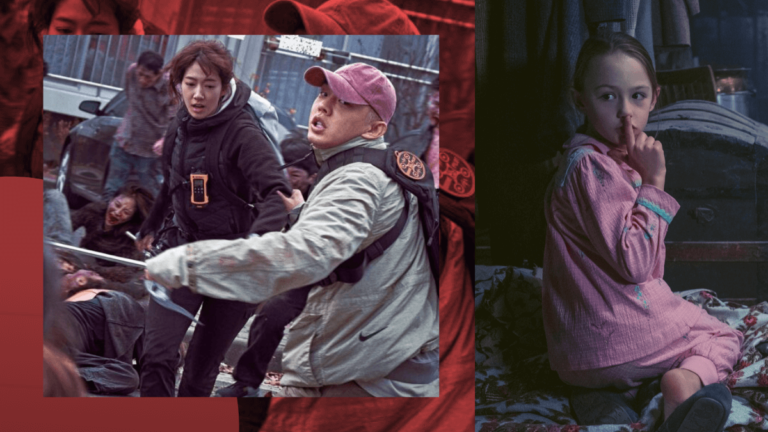 The coming of October marks the start of the season of frights. Hence, it is time again to watch Netflix with literal chills!

Whether you’re a diehard horror fan or a casual seeker of spooks, here’s a list to match up the season! Here are some Netflix films and series you’d want to stream for the screams this October.

Oh Jun-u gets stranded inside his apartment unit when a zombie outbreak suddenly spread nationwide. Soon, he loses communication with the outside world and his food rations are depleted. When all hope seems to have diminished, he meets another survivor from outside his window.

ALSO READ
Zombies on the High-Rise: A Review of Netflix Film ‘#Alive’

Two years after surviving the satanic cult led by his babysitter Bee, Cole is still haunted by the horrifying events that occurred that night. Trying to escape his parents who think he’s gone crazy, Cole joins his neighbor Melanie and her friends on a lakehouse getaway. But things turn ugly when foes from the past and present team up for the innocent’s blood.

Tagged as the town loser, Hubie Dubois spends the Halloween making sure that the residents of his hometown can celebrate safely. This year, real threats emerge when strange things begin to happen around town. When the police wouldn’t believe him, Hubie must save everyone with everything he’s got.

A Babysitter’s Guide to Monster Hunting

High school freshman Kelly Ferguson reluctantly agrees to babysit Jacob Zellman on Halloween. What she doesn’t know is that Jacob has special powers and that she must join a secret society of babysitters to protect him from monsters.

A young woman marries a widower and lives with him, only to discover that the shadow of his first wife, Rebecca, still looms above them. What’s even worse is that the housekeeper Mrs. Danvers seems obsessed with keeping the legacy of Rebecca.

A young refugee couple find themselves living in a small English town after their harrowing escape from a war-torn South Sudan. As they try to adjust to their new life, an unspeakable evil begins to surface and they discover that they are not as safe as they thought.

Mildred Ratched seems to be the perfect image of a dedicated nurse. But when she lands a job at a psychiatric hospital where unsettling experiments are being conducted on the human mind, Mildred’s innate darkness begins to show itself.

In the next chapter of Mike Flanagan’s The Haunting anthology series, we go back to the 1980s. Henry Wingrave hires an American nanny to take care of his orphaned niece and nephew living at the Bly Manor. Soon, the mansion’s dark history begins to haunt them.

In its six new episodes, Unsolved Mysteries dive into more unexplained disappearances and uncanny occurrences. Detectives, journalists, and family members give their intriguing theories on what led to these mysterious events to happen.