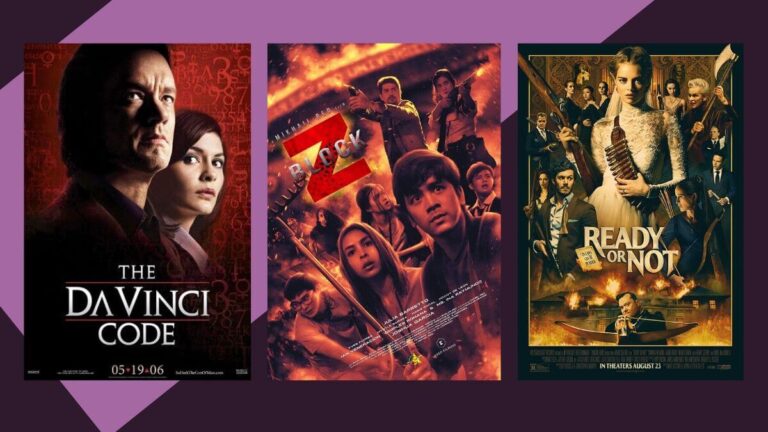 Isn’t it a bummer when you see your favorite movie already playing halfway through when you turn on the TV? Fret not! From rom-com and action to horror and thriller, we’re giving you a heads up on all the must-watch movies on TV from July 6 to 12, 2020.

1. The Kite Runner
(1:20pm, HBO)
Amir lives in California with his wife Soraya. He receives a call from his uncle Rahim Khan who urges him to travel to Afghanistan and rescue the son of Amir’s childhood servant and friend, Hassan.

2. Spider-Man: Into The Spider-Verse
(3:25pm, HBO)
After gaining superpowers from a spider bite, Miles Morales protects the city as Spider-Man. Soon, he meets alternate versions of himself and gets embroiled in an epic battle to save the multiverse.

3. Doctor Strange
(7pm, FOX Movies)
In an accident, Stephen Strange, a famous neurosurgeon, loses the ability to use his hands. He goes to visit the mysterious Ancient One to heal himself and becomes a great sorcerer under her tutelage.

4. X-Men
(7:15pm, HBO)
Magneto kidnaps Marie, a young mutant, with the intention of using her powers to destroy humanity. However, the X-Men and Wolverine team up to save her and stop Magneto.

5. Anak
(9pm, Cinema One)
A woman returns to the Philippines after working abroad to find that her family has fallen apart in her absence.

1. Jurassic Park
(1:05pm, HBO)
John Hammond, an entrepreneur, opens a wildlife park containing cloned dinosaurs. However, a breakdown of the island’s security system causes the creatures to escape and bring about chaos.

2. Scott Pilgrim VS The World
(2pm, FOX Movies)
Scott Pilgrim meets Ramona and instantly falls in love with her. But when he meets one of her exes at a band competition, he realises that he has to deal with all seven of her exes to woo her.

3. D’ Lucky Ones
(9pm, Cinema One)
Lea and Tina are longtime friends who share a love of actress Vilma Santos. They would like their children both named Lucky, to marry each other, but the two do not get along.

4. Rise Of The Planet Of The Apes
(10pm, Cinemax)
Caesar, a chimpanzee, has been with Will ever since he was born, and, with a new drug, he can think and react like humans. When Caesar finds himself subjected to injustice, he decides to revolt.

1. Spider-Man 3
(9:35am, HBO)
Peter Parker becomes one with a symbiotic alien that bolsters his Spider-Man avatar and affects his psyche. He also has to deal with Sandman and maintain a fragmented relationship with Mary Jane.

2. In Time
(12:30pm, Cinemax)
In a future where people stop aging after 25 and need to buy time to live, the rich become immortal while others cease to exist. So, Will is on the run with a hostage in a desperate bid to survive.

3. Ready Or Not
(5:40pm, FOX Movies)
Grace couldn’t be happier after she marries the man of her dreams at his family’s luxurious estate. There’s just one catch — she must now hide from midnight until dawn while her new in-laws hunt her down with guns, crossbows and other weapons.

3. The Lord of the Rings: The Two Towers
(9pm, HBO)
Frodo and Sam arrive in Mordor with the help of Gollum. A number of new allies join their former companions to defend Isengard as Saruman launches an assault on it.

1. Inside Out
(10:10am, HBO)
Eleven-year-old Riley moves to San Francisco, leaving behind her life in Minnesota. She and her five core emotions, Fear, Anger, Joy, Disgust and Sadness, struggle to cope with her new life.

2. The Five Year Engagement
(11:35am, FOX Movies)
Tom and Violet get engaged one year after meeting. Over the next few years, their marriage keeps getting pushed due to their respective jobs until one day when they’re forced to rethink their choices.

3. Unexpectedly Yours
(7pm, Cinema One)
Two former high school friends renew their relationship when they make the happy discovery that they are now neighbors.

4. Jumper
(8:30pm, Cinemax)
A genetic anomaly allows a young man to teleport himself anywhere. While he uses his powers to rob banks, he comes to the attention of the Paladins who intend to kill him.

5. The Da Vinci Code
(10:55pm, HBO)
Symbologist Robert Langdon travels from Paris to London to discover the truth behind a mysterious and bizarre murder. Later, he learns about a religious mystery protected by a secret society.

1. X2: X-Men United
(11:45am, HBO)
Nightcrawler, a mutant, tries to murder the president of the United States. Meanwhile, when William Stryker attacks Professor X’s school, his mutant students team up to thwart his evil plans.

2. Tron: Legacy
(3:50pm, Cinemax)
Sam misses his father, a virtual world designer, and enters a virtual space that has become much more dangerous than his father intended. Now, both father and son embark upon a life-and-death journey.

3. Shrek Forever After
(3:50pm, HBO)
Shrek finds himself burdened and in the midst of a mid-life crisis. Rumpelstiltskin convinces him to let him cast him in a world where he sets the rules.

4. UP
(7:20pm, FOX Movies)
Carl, an old widower, goes off on an adventure in his flying house in search of Paradise Falls, his wife’s dream destination.

1. Tag
(11:30am, HBO)
A group of five friends, who have been playing the game of tag for 30 years, decide to play one last game before the wedding of their undefeated player.

2. Rogue One: A Star Wars Story
(4:20pm, Cinemax)
Jyn’s father is forcibly taken by the Galactic Empire to help them complete the Death Star. When she grows up, she joins a group of resistance fighters who aim to steal the Empire’s blueprints.

3. Harry Potter and the Deathly Hallows – Part 1
(4:30pm, HBO)
After Voldemort takes over the Ministry of Magic, Harry, Ron and Hermione are forced into hiding. They try to decipher the clues left to them by Dumbledore to find and destroy Voldemort’s Horcruxes.

4. Harry Potter and the Deathly Hallows – Part 2
(6:50pm, HBO)
Harry, Ron and Hermione race against time to destroy the remaining Horcruxes. Meanwhile, the students and teachers unite to defend Hogwarts against Lord Voldemort and the Death Eaters.

5. Block Z
(9pm, Cinema One)
A group of university students must band together in order to survive a deadly viral disease outbreak.

1. Where’d You Go, Bernadette?
(11:45am, FOX Movies)
Former architect Bernadette Fox seems to have it all — a beautiful home in Seattle, a successful and loving husband, and a brilliant teenage daughter who’s about to attend boarding school.

2. Beauty and the Beast
(3:45pm, HBO)
Belle, a village girl, embarks on a journey to save her father from a creature that has locked him in his dungeon. Eventually, she learns that the creature is an enchanted prince who has been cursed.

3. James and Pat and Dave
(7pm, Cinema One)
James finds an opportunity to make Pat recommend a raise for him when she needs him to pretend to be her boyfriend to get rid of her returning ex, Dave Verona.

4. Guardians of the Galaxy Vol. 2
(9pm, HBO)
After a successful mission, Quill and his team of galactic defenders meet Ego, a man claiming to be Quill’s father. However, they soon learn some disturbing truths about Ego.