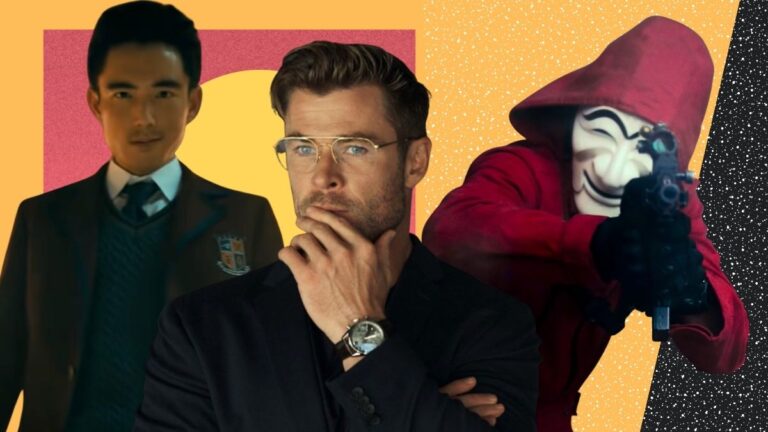 Since its arrival here in the Philippines, Netflix has been continuously bringing us great content to stream on our favorite devices. Whether it’s a compelling K-drama with interesting characters, a thrilling title that keeps us at the edge of our seats, comedies that give us our much-needed dose of laughter, or just anything that keeps us entertained on the couch or on the go, we surely can count on the streaming service’s rich library of shows and movies.

If you’re always on the lookout for Netflix’s latest releases, then look no further! We’ve listed down ten shows and films to anticipate and add to your watchlist this month of June!

An Army captain must utilize her years of military expertise when a coordinated attack threatens the remote missile interceptor station she is in command of.

Adam Sandler stars as a down-on-his-luck basketball scout who brings a potential star player from Spain to America, hoping to prove themselves worthy of the NBA fame.

The final season of Peaky Blinders sees Tommy Shelby moving to North America where the end of Prohibition brings forth new opportunities.

Juliette and Calliope’s romantic struggles are made more complicated by the fact that one of them is a vampire while the other is a vampire hunter– and they are both ready to make their first kill.

In this Korean adaptation of the hit heist drama from Spain, the Professor gathers a crew of professionals to take over the mint of a unified Korea.

Chris Hemsworth stars in this film where two inmates of a state-of-the-art penitentiary become subject to a brilliant visionary’s experiments involving drugs.

After stopping the 1963 doomsday, the Umbrella Academy returns home hoping to have fixed the timeline, but they are greeted by the Sparrow Academy, an alternate squad of the Hargreeves siblings, while a destructive entity threatens the Universe.

Starring Kim Bum and Rain, Ghost Doctor tells the story of two high-skilled doctors with opposite personalities who, after a mysterious event, must share one body.

Rowan Atkinson’s series ‘Man Vs. Bee’ follows a man who is tasked to house-sit a posh mansion, but chaos is unleashed when an annoying bee gets in his way.

This new K-drama follows a homicide detective who investigates the mysterious occurrences at Cafe Minamdang, which is run by a former criminal profiler turned shaman.

Want weekly updates on your favorite streaming services? Check out our weekly list of online releases on Netflix, HBO GO, and other streaming platforms in the Philippines.