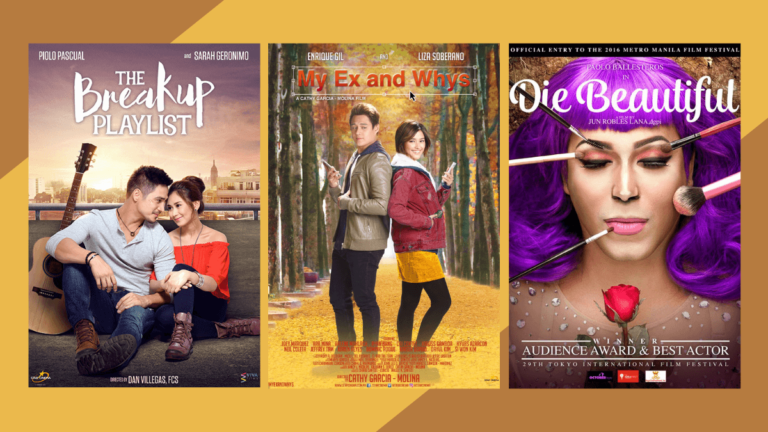 Isn’t it a bummer when you see your favorite movie already playing halfway through when you turn on the TV? Fret not! From rom-com and action to horror and thriller, we’re giving you a heads up on all the must-watch movies on TV from January 10 to 16, 2022.

Dekada 70
(7pm, Cinema One)
In the Philippines, Amanda and Julian are doing their best to rear their five sons during the repressive dictatorship of Ferdinand Marcos. Though the parents view themselves as apolitical, most of their sons bristle at life under martial law and turn to various forms of activism — or to simple teenage rebellion — for release. After the family becomes the victim of extremist violence, Amanda begins to find her own dissident voice.

Miss Granny
(12pm, PBO)
An elderly woman finds a second chance at youth after a life-altering experience at a mysterious photo studio.

Shake, Rattle and Roll 13
(5pm, Cinema One)
Rival witches take over the bodies of two teenagers in “Parola,” one of three horror tales; the others are “Tamawo” and “Rain, Rain Go Away.”

Die Beautiful
(9pm, Cinema One)
A Filipino transgender woman’s last wish is to be presented as a different celebrity on each night of her wake.

No Other Woman
(9:30pm, PBO)
A woman discovers that her husband is having an affair with a customer’s daughter.

A Very Special Love
(1pm, Cinema One)
Editorial assistant Laida Magtalas finds herself working for the man of her dreams, Miguel Montenegro, but remains blind to some hard facts.

The Breakup Playlist
(7pm, Cinema One)
A story about an aspiring professional singer and a rock singer who collaborates in a song. As they work on their song, they start to develop feelings for each other.

Who’s That Girl?
(5:15pm, PBO)
Elizabeth, a shy girl, deeply in love with John, a campus heartthrob receives a life-changing pep talk from him and a few years later, is transforms into a beautiful and successful career woman.

The Third Party
(7pm, Cinema One)
Faced with unfortunate complications beyond her control, go-getter events manager Andi Medina has no other person to turn to. She is then forced to reconnect with her ex-boyfriend, cosmetic surgeon Max Labarador. Much to Andi’s shock, Max is already in a three-year live-in relationship with pediatric oncologist Christian Pilar. With nowhere else to go and left with no other options, she agrees to live with the couple – both parties agreeing to a deal that will change the course of their lives and hearts.

My Ex and Whys
(5pm, Cinema One)
Popular blogger Cali is hired to work on a marketing campaign alongside another viral sensation, who also happens to be her ex-boyfriend. Former playboy Gio is intent on proving he has changed and winning Cali back.

Mr. & Mrs. Cruz
(7:30pm, PBO)
Raffy and Gela find themselves taking off for Palawan to escape the not so great realities of their current lives and catch up on their respective me-time. But as fate would have it, they find themselves meeting and enjoying each other’s company.