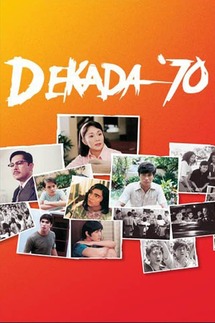 In the Philippines, Amanda and Julian are doing their best to rear their five sons during the repressive dictatorship of Ferdinand Marcos. Though the parents view themselves as apolitical, most of their sons bristle at life under martial law and turn to various forms of activism — or to simple teenage rebellion — for release. After the family becomes the victim of extremist violence, Amanda begins to find her own dissident voice.