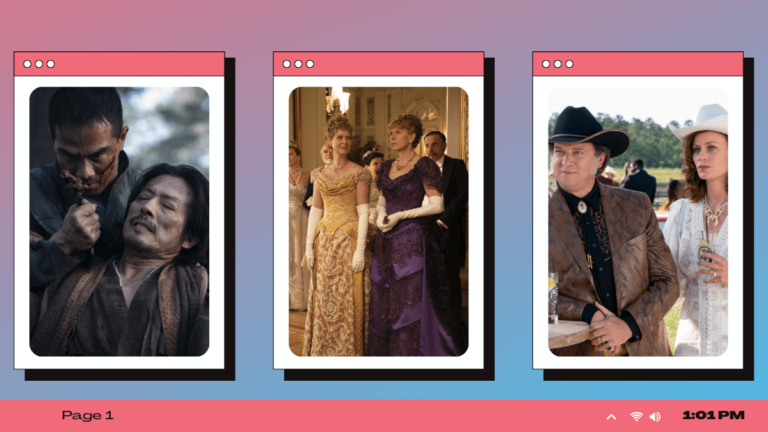 Shows and Movies Coming To HBO GO This January 2022

Which of these HBO Go titles are you looking forward to watching this January?

Are you always on the lookout for new shows and movies to stream? HBO GO has it covered! From award-winning comedy series and fantasy action drama to new seasons of existing series, there are just so many to look forward to this January on the streaming platform.

Premieres Saturday, January 8 at 10.30am on HBO GO and all channels.

Baby Grizz, Panda and Ice Bear travel through a multitude of imaginative worlds in their magical box in this new spinoff series. As the Baby Bears go on their search for a place where they can settle down and fit into, each episode transports them to vibrant and colorful worlds where they befriend legions of familiar fairytale faces. During their nonstop crusade, they are faced with the decision to stay or to continue on their journey for a permanent abode they can call home. For more bear-y funny adventures, stream all four seasons of the original We Bare Bears series and We Bare Bears: The Movie on HBO GO.

Premieres Monday, January 10 at 11am on HBO GO

Returning for a second season, this HBO Original Series tells the story of a world-famous televangelist family with a long tradition of deviance, greed, and charitable work. The blessed Gemstones family is now threatened by outsiders from both the past and present who wish to destroy them. Will they manage to keep the family and their empire together? Tune in to find out! Stars Danny McBride, Adam Devine, Edi Patterson, and John Goodman.

Premieres Tuesday, January 25 at 10am on HBO GO

From the creator of Downton Abbey comes a brand-new HBO Original drama series, set in 1882 during the American Gilded Age. A period of immense economic change, it is marked by great conflict between the old ways and brand-new systems, and opportunities for huge fortunes to be made and lost. Against the backdrop of this transformation, the series follows a young woman, Marian Brook. Moving from rural Pennsylvania to New York City after the death of her father, she starts a new life with her thoroughly old money aunts Agnes van Rhijn and Ada Brook. Stars Louisa Jacobson, Christine Baranski, Cynthia Nixon, and Carrie Coon. For more period drama, stream all six seasons of Downton Abbey on HBO GO!

In this new cinematic adventure, the fearsome warrior Sub-Zero is sent to hunt down MMA fighter Cole Young, who bears the dragon mark. Fearing for his family’s safety, Cole appeals to Lord Raiden, an Elder God and the protector of Earthrealm for aid and receives sanctuary at his temple. There, Cole trains with experienced warriors as he prepares to stand with Earth’s greatest champions against the enemies of Outworld in a high stakes battle for the universe.

Action, Adventure, Fantasy
Be the first to rate this