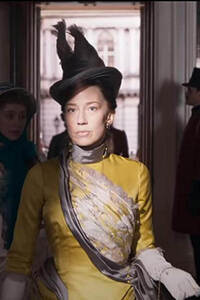 The Gilded Age is an upcoming historical drama television series created by Julian Fellowes for HBO that is set in the United States during the Gilded Age, the boom years of 1880s New York City. Originally announced in 2018 for NBC, it was later announced in May 2019 that the show was moved to HBO. The series is set to premiere on January 24, 2022.