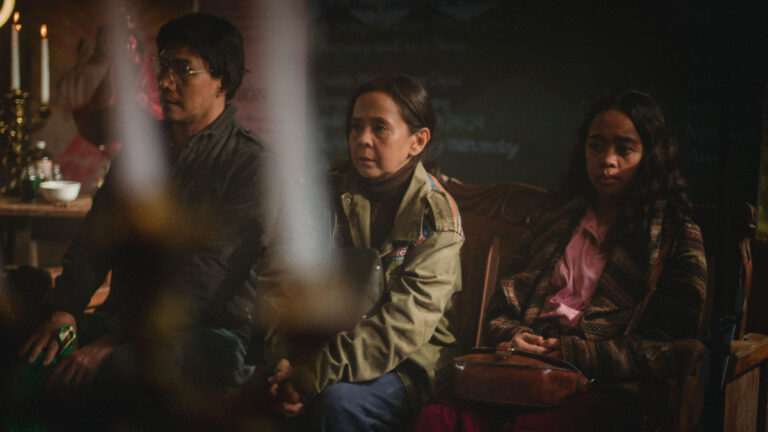 Do you believe in the power of the albularyo?

The fear factor in horror fans across the Philippines got turned up once again as the second season of FOLKLORE is available exclusively on HBO GO and HBO from November 14 with new episodes every Sunday.

As the HBO Asia Original horror anthology series continues to explore cultural traditions and beliefs across Asia, an Erik Matti-directed episode set in the Philippines will release on HBO GO and HBO on December 5.

Formed over the course of our rich history, there are many different traditions, beliefs, and practices that have played important roles in Philippine culture. Even now, the belief in “pamahiin” – sayings and superstitions passed on from generation to generation – continues to influence our everyday lives.

While some beliefs might seem unconventional, many Filipinos continue to follow them due to the possible impacts they may have on our lives, our fortunes, and even our health. In anticipation of the FOLKLORE S2: 7 Days Of Hell, discover some unique Pinoy superstitions, and find out why they continue to be observed today.

The phrase “tabi-tabi po” translates to “excuse me,” which people say out loud when going through grassy areas, forests or mountains. The reasoning behind this is to avoid disturbing any elemental spirits or ghosts who might be inhabiting those spaces.

The phrase is also especially used upon encountering any anthills or termite mounds, as they are traditionally seen to be indicators of dwarves living nearby and invoking their ire could lead to misfortune or bad health.

2. WEARING A SHIRT INSIDE OUT WHEN LOST

In many parts of the Philippines, nature is often seen to be inhabited by spirits or elementals. Due to this belief, Filipinos are likely to be extra cautious when trekking or hiking in the mountains. For those who feel like they have gotten lost, it is customary to wear a shirt inside out to confuse any elementals who might be playing tricks, breaking any spells that prevent you from reaching your destination.

The word “sukob” refers to a superstition that warns couples about marrying in a year where either of these events happen: the marriage of a sibling, or the death of an immediate family member. The reason for the former is to prevent the splitting of luck between siblings, while the latter is to avoid bringing bad luck into a marriage.

4. DON’T GO HOME IMMEDIATELY AFTER A WAKE OR FUNERAL

The term “pagpag” is used to denote the act of taking a detour after attending a wake or funeral to shake off any evil spirits from following you home. It is generally believed that spirits can lurk around the dead and can bring bad luck to visitors, so the extra trip is supposed to let spirits wander off elsewhere.

Another common belief during wakes is that the direct family of the bereaved should never see off any visitors to avoid transferring any bad luck.

5. CONSULTING AN ‘ALBULARYO’ WHEN SICK

Especially in the remote provinces of the Philippines where medical doctors aren’t as accessible, seeking the help of an “albularyo” – a folk healer well-versed in herbal remedies and spiritual techniques – when sick remains to be a common practice today.

When a person falls ill due to an unknown sickness, an “albularyo” is usually called in to determine whether a person’s illness is caused by normal or supernatural circumstances and performs rituals and ceremonies to aid in healing.

While albularyos are usually seen as healers, opposing them are the “mangkukulam” and the “mambabarang” – witches and summoners who harm people using black magic, especially those have offended them in some way.

These practitioners of magic and mystical arts are showcased in FOLKLORE S2: 7 Days Of Hell, written by Michiko Yamamoto and directed by Erik Matti. Set in the Philippines, the story involves a righteous policewoman and mother who races against time to save her son when he falls dangerously ill from an unknown cause. When her son is given only a few weeks to live, she discovers that his illness is due to a powerful sorcerer’s curse and the only way for her son to survive is for him to apologise and make amends to the sorcerer.

Stream or Download FOLKLORE Season 2 on HBO GO. Download the app at the App Store or Play Store on your device for as low as ₱99.70/month. You can also access HBO GO via Cignal or at https://www.hbogoasia.com/. HBO GO can be accessed via Android TV, Apple TV, LG TV and Samsung Smart TV – and comes with AirPlay and Google Cast functionality.