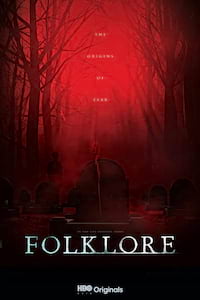 Horror, Anthology
Be the first to rate this

Created by Singaporean director Eric Khoo, the six-episode series features stories based on Asian superstitions and national folkloric myths, with each episode helmed by a director from a different country.

[About]
Folklore is a television horror anthology series that premiered on HBO Asia on October 7, 2018. On December 1, 2020, it was renewed for a second season.