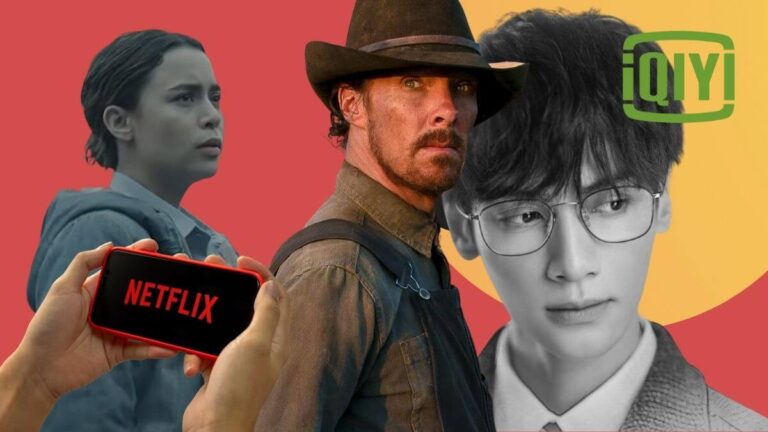 Looking for the latest online releases on Netflix, HBO GO, and other streaming services here in the Philippines? This weekly list has you covered! In our latest roundup of shows and movies going online this week of November 29 to December 5, we have Erik Matti’s Folklore episode about kulam, iQiyi’s Pinoy series Saying Goodbye, and more!

HBO Asia’s horror anthology series will be featuring an episode directed by Erik Matti. This Filipino episode will center on Lourdes, a police officer whose teenage son is suddenly afflicted with a strange illness. When an albularyo tells her that it’s kulam, she races against time to find the person behind her son’s sickness.

The Power of The Dog

Benedict Cumberbatch stars as a charismatic yet cruel cowboy who likes to torment his sister-in-law and her son. But when he takes the young boy under his wing, he seems to be exposing himself to love… or is this just another one of his sinister plots?

This Korean heist film from last year is produced by ‘Squid Game’ creator Hwang Dong Hyuk. It tells the story of a genius robber who teams up with a burial place mural expert, a shoveling expert, and a curator of antiques to pull off a daring heist.

Starring Sam Milby and Yassi Pressman, this limited series set 1999 follows two police officers investigating the mysterious voyeuristic videotapes of a missing person. Their quest to find the truth plummets them to a world of mystery, supernatural, and the occult.

Set in the ancient capital of Luoyang during the Wu Zhou period, this new show tells a series of stories where a group of people from different classes investigate the incidents involving a conspiracy to overthrow an Empress.

Andrea Brillantes and Seth Fedelin star in this new iQiyi Original series. After meeting at a music store, Elise and Ricky’s love for Yeng Constantino’s songs brings the two together, and their friendship soon turns into romance.

Su Xie Yi’s life turns to shambles and the relationship of her family is in shambles, seemingly because of her lover Li Ze Liang. To find out the true source of her falling out, she pretends to have amnesia while Li Ze Liang hits rock bottom.

This December, Pinoy pop band Ben&Ben will headline their biggest online concert, featuring songs from their latest album Pebble House, Vol. 1: Kuwaderno. The concert will be shot live at the Araneta Coliseum and viewers can also get Ben&Ben merchandise and more based on their selected ticket category.

The Power of the Dog