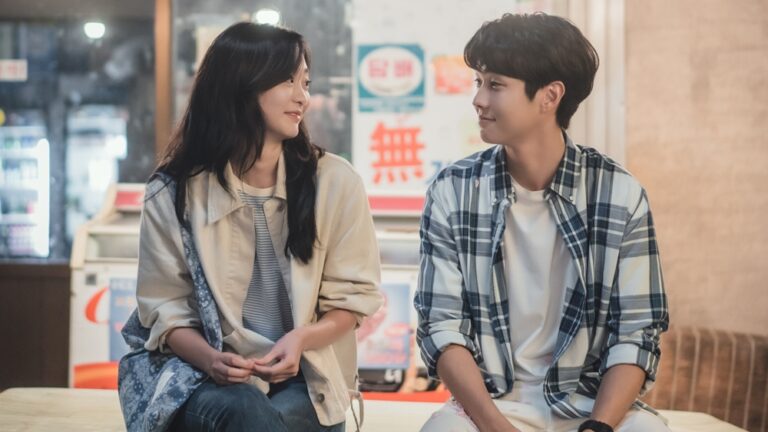 Three years after they starred together in the film The Witch: Part 1 – The Subversion, Choi Woo Sik and Kim Da Mi are set to reunite in the new K-drama Our Beloved Summer, premiering on Netflix this December 6. Just today, the streaming site has unveiled the official trailer for the drama, teasing us about the chemistry between the two leads.

Our Beloved Summer is a romantic comedy about a couple who breaks up and promises to never meet again. things take a turn, though, when their documentary from 10 years ago suddenly gains popularity. They’re once again brought together forcibly in front of the camera.

In this drama, Choi Woo Sik plays Choi Woong, who may seem like a free spirit but always brings out his sincerity whenever he wants something. Meanwhile, Kim Da Mi plays Goo Yeon Soo, who used to dream of being No. 1 when she was in school but is now trying to become an adult who lives life fiercely despite having a wound in her heart.

Joining them are Kim Sung Chul, who plays Kim Ji Woong, a documentary director who observes the world behind the camera, and Roh Jeong Eui, who plays an idol named NJ who realizes that she’s becoming normal again after working fiercely as a star.

The drama comes from director Kim Yoon Jin, with a screenplay from Lee Na Eun. Aside from the four stars, Park Jin Joo, Jeon Hye Won, Park Do Wook, and Jung Kang Hee will also be starring in this drama.

Our Beloved Summer arrives on Netflix this December 6.