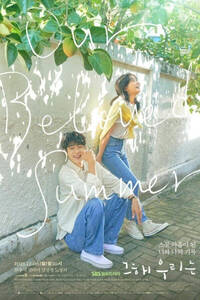 A coming of age, romantic comedy revolving around Choi Woong (Choi Woo-shik) and Kuk Yeon-su (Kim Da-mi), ex-lovers who broke up with a promise never to meet again. As luck would have it the documentary they filmed ten years ago in high school gets the fame and they are by compulsion facing camera once more. The series depicts their tangled feelings and their growth.

[About]
Our Beloved Summer is an upcoming South Korean romantic comedy television series. It is directed by Kim Yoon-jin on script of Na-eun Lee and starring Choi Woo-shik, Kim Da-mi and Roh Jeong-eui. The series is a coming to age story of youth growth that unfolds when ex-lovers are summoned due to the reverse popularity of a documentary they filmed in high school. It is slated to premiere on SBS TV in the end of 2021 and will air every Monday and Tuesday at 22:00 (KST).