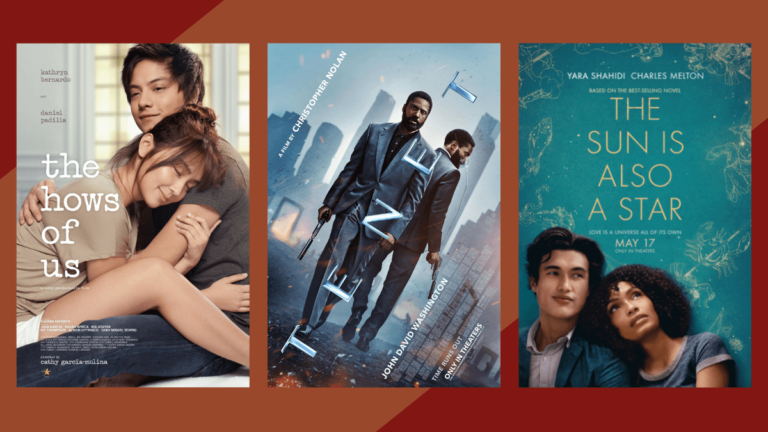 Isn’t it a bummer when you see your favorite movie already playing halfway through when you turn on the TV? Fret not! From rom-com and action to horror and thriller, we’re giving you a heads up on all the must-watch movies on TV from October 18 to 24, 2021.

Miss You Like Crazy
(1pm, Cinema One)
Mia is a very quirky girl with heavy hardships in life. She writes her feelings on smooth rocks which he picks up every time he sees one at the ferry. He gets concerned about Mia’s feelings that take their turn to the worst.

Final Destination 3
(10pm, Cinemax)
Wendy saves her friends’ lives when she has a premonition that the roller coaster they are about to get on will crash. However, each person in the group starts to die in horrifying ways.

The Sun Is Also A Star
(3:20pm, HBO)
Natasha, a pragmatic woman from Jamaica, falls in love with Daniel, an equivocal medical student, under atypical circumstances. However, their relationship is challenged by their own destiny.

Knowing
(1:55pm, Cinemax)
A teacher chances upon an encrypted code in a time capsule that makes him believe he can alter the chain of events that are about to unfold.

Bloody Crayons
(1pm, Cinema One)
A seemingly tight-knit group of college friends goes to an island to shoot a horror short film. But their world turns upside down when one of them gets killed after playing the Bloody Crayons Game.

I Am Sam
(5:15pm, HBO)
Sam, a man with special needs, fights for the custody of his daughter when her mother abandons them. He tries to prove that he is a capable father with the help of an infamous lawyer.

Praybeyt Benjamin
(11:30am, PBO)
When civil war breaks out in the Philippines, a gay dance teacher is forced to join the military in order to spare his ailing father.

Just Go With It
(11:40am, HBO)
A plastic surgeon convinces his assistant to join him along with his young girlfriend on a trip to Hawaii and pose as his ex-wife to cover up a lie, but he ends up complicating the situation further.

The Hows Of Us
(1pm, Cinema One)
A young couple dream of growing old together as they deal with the struggles of being in a long-term relationship.

Men In Black: International
(2:25pm, Cinemax)
Agent M, a probationary member of the MIB, teams up with Agent H and uncovers a sinister plot that reveals a traitor in the organization aiding an alien invasion.

The Time Traveler’s Wife
(3pm, HBO)
Henry DeTamble, a librarian, possesses a unique gene that lets him involuntarily travel through time. His wife, Claire Abshire, finds it difficult to cope with it.

Fight Club
(11:30pm, Cinemax)
Discontented with his capitalistic lifestyle, a white-collared insomniac forms an underground fight club with Tyler, a careless soap salesman. The project soon spirals down into something sinister.

Johnny English
(6:05pm, Cinemax)
An evil smuggler plans to steal the Crown Jewels of the United Kingdom. After the country’s top agents are killed, the only remaining hope is Johnny English, a rather unintelligent spy.

#WalangForever
(3pm, Cinema One)
A screenwriter’s life is turned upside down when her ex suddenly returns.

Jerry Maguire
(6:10pm, Cinemax)
Sports agent Jerry Maguire tries to get back on his feet after being fired from his job. However, the only client he has is Rod Tidwell, a disgruntled football player who wants a better contract.

Tenet
(9:55pm, HBO)
When a few objects that can be manipulated and used as weapons in the future fall into the wrong hands, a CIA operative, known as the Protagonist, must save the world.

Diary Ng Panget
(11:30pm, PBO)
A poor young woman becomes a personal maid for a rich and handsome young man. The two do not get along at first, but as their lives become entangled, their relationship becomes more complicated.