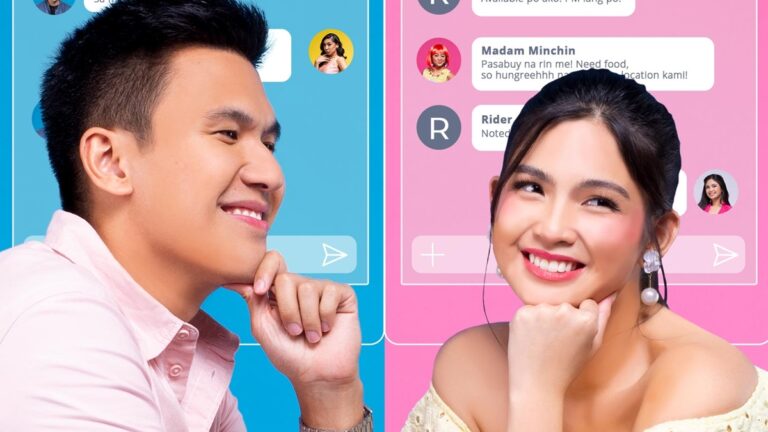 What happens when two strangers trying to find themselves find each other in the middle of a lockdown? Could love blossom during these strange times? That is the question posed by the new WeTV Original series “Pasabuy,” which starts streaming for FREE on WeTV starting September 24, Friday, at 7:00PM.

In Pasabuy, Gino Roque and Heaven Peralejo play two strangers who head out to a beach resort to escape their real lives and do a bit of soul searching. Anna (Peralejo) is a young executive deciding on her next move. John (Roque) is an aspiring musician working on new songs. Then the lockdown happens, and they find themselves stranded there.

The series puts a “lockdown twist” to the meet-cute when the pair “cross paths” at the community chatroom while placing their orders for necessities “pasabuy,” to get through the lockdown. Could love be in the books even under the most unromantic of settings. when the pandemic ends and lives go back to normal, was any of it real?

WeTV recently unveiled the poster for this new romantic comedy.

Any good romantic comedy needs a fun cast of characters to add some flair to complete the story. Ella Cayabyab plays the confident and beautiful Sophie. MJ Cayabyab takes on the role of Ge, who believes in the lifechanging power of love. Ralph Malibunas puts on his adventure-loving hat as Jess. On the other hand, Gail Banawis steps it up as the quirky and cool Nathalie. Rounding out the cast is Tiktok sweetheart Nana Silayro as the extra fabulosa Madame Minchin, who plays a pivotal role in the love story of the two leads.

Catch a special video featuring the cast on WeTV.

The six-episode series is written and directed by Xian Lim, based on a WeTV Original concept. Roque describes Lim as an “actor’s director” in the way he collaborated with the cast throughout the shoot. The show is co-produced by Forza Productions.

Stay tuned to the WeTV Philippines social media accounts on Facebook and Instagram for exclusive updates and news on Pasabuy, other WeTV Originals and premium Asian content.

To stream WeTV Original series, and the very best in Asian Premium Content, just download the WeTV and iflix apps for free from the App store and Google Play and start watching! A monthly subscription rings in at only P59, quarterly at P159, and an annual subscription is only P599 for recurring subscriptions, while a one-month pass is only P149.

Since it was first launched in 2019, WeTV is now available in Indonesia, Malaysia, Thailand, Philippines, India, and other territories, accelerated by its acquisition of the iflix brand and resources in the past year. The platform is centered on delivering Asian premium content and original productions – which they can stream anytime, anywhere and on any device – to its users globally.