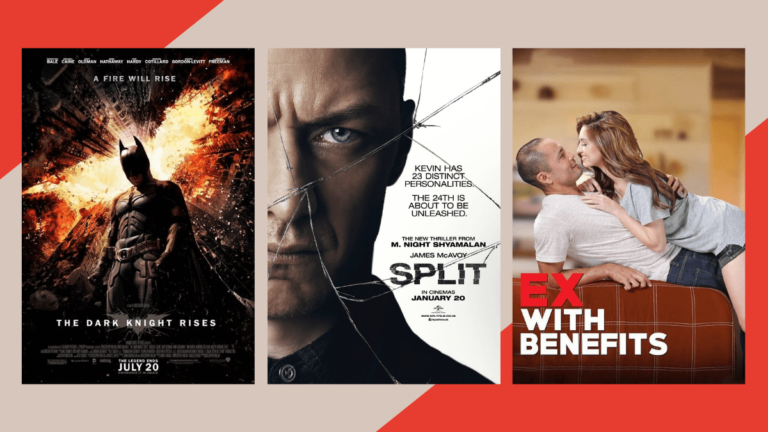 Isn’t it a bummer when you see your favorite movie already playing halfway through when you turn on the TV? Fret not! From rom-com and action to horror and thriller, we’re giving you a heads up on all the must-watch movies on TV from September 13 to 19, 2021.

Knives Out
(2:15pm, FOX Movies)
A detective investigates the death of a patriarch of an eccentric, combative family.

Space Jam
(5:15pm, HBO)
After Michael Jordan’s retirement, he is abducted by Bugs Bunny from the Looney Tunes group and is asked to play a match to defeat the Nerdlucks, a criminal alien group led by Mister Swackhammer.

The Five Year Engagement
(2:10pm, FOX Movies)
One year after meeting, Tom proposes to his girlfriend, Violet, but unexpected events keep tripping them up as they look to walk down the aisle together.

Bridesmaids
(5:05pm, HBO)
Annie, a jobless chef, is asked by her best friend, Lillian, to be her maid of honor. Issues evolve when she ruins the wedding events in a rage due to her conflicts with one of the bridesmaids.

Here Comes The Bride
(9pm, Cinema One)
It tells the story of five different people who got their souls switched in the middle of a wedding preparation for a solar eclipse.

Green Lantern
(7:10pm, HBO)
Hal Jordan, a test pilot, acquires superhuman powers after being chosen by the Ring. However, with the powers come the responsibility of defeating the evil Parallax who is set on destroying Earth.

The Hangover
(8:25pm, Cinemax)
Doug and his three best men go to Las Vegas to celebrate his bachelor party. However, the three best men wake up the next day with a hangover and realize that Doug is missing.

The Hangover Part III
(11:40pm, Cinemax)
The Wolfpack decides to help Alan after he faces a major crisis in his life. However, when one of them is kidnapped by a gangster in exchange for Chow, a prisoner on the run, they must find him.

Passengers
(5:05pm, Cinemax)
During a voyage to a distant colony planet, Jim’s hypersleep pod malfunctions, waking him up. He and fellow passenger Aurora must work together to prevent their spaceship from meeting with a disaster.

Fast & Furious 6
(9pm, HBO)
Hobbs is tasked with catching a team of mercenary drivers who manage to evade him every time. However, he enlists the help of Dominic and his team in exchange for full pardons for their past crimes.

A Beautiful Day In The Neighborhood
(5:05pm, HBO)
Lloyd Vogel, a cynical journalist, gets acquainted with a kind-hearted television presenter, Fred Rogers, while writing an article on him. With time, the two strike an unlikely friendship.

The Dark Knight Rises
(1:20pm, Cinemax)
Bane, an imposing terrorist, attacks Gotham City and disrupts its eight-year-long period of peace. This forces Bruce Wayne to come out of hiding and don the cape and cowl of Batman again.

Split
(2:05pm, FOX Movies)
Three girls are kidnapped by a man with a diagnosed 23 distinct personalities. They must try to escape before the apparent emergence of a frightful new 24th.

Tenet
(6:35pm, HBO)
A secret agent is given a single word as his weapon and sent to prevent the onset of World War III. He must travel through time and bend the laws of nature in order to be successful in his mission.

Ex With Benefits
(7:30pm, PBO)
Ten years ago, Adam and Arki both dreamed of becoming doctors, but then the couple get into their first major fight, causing Arki to suddenly disappear.