8 Costumes Ideas to Spook Up Your Halloween Parties this 2019

Being a ghost is sooo overrated.

'Ber months may get you more hyped for the Christmas season, but that's still at the very end of the year. Before you can prepare for that festive time, there's still another fun day where we can dress up: Halloween!

This year, a lot of TV shows and movies were released, making up great pegs for a great costume. Ranging from action to supernatural, feel free to experiment on new concepts or gain inspiration from this list! After all, being a ghost to these things is no fun.

If you've watched the original film way back from 2009, you're aware that a sequel is out soon! If you want a bit of a warrior-like getup, this may suit you. Guy or girl, all you need is a leather jacket, black jeans, boots and a big toy gun. If you aren't too hesitant with some makeup, add some fake scratches and bruises.

If you feel like summoning spirits or catch someone's gaze discretely, try to follow her look. Go full-on red or black, and don't forget that red lipstick. Get your friends to dress up similarly and make your own coven.

A legend this man is. This film reminded us of his legacy and passion for music. For this look, you'll need a white sleeveless undershirt, a studded armband and belt, light-washed ripped denim jeans and white rubber shoes. If feeling extra, apply gel on your hair for a clean look and bring a makeshift microphone with a cut stand.

Spoiler alert! If you haven't seen the show, this uniform was consistently worn by Steve Harrington and a new character and his sidekick, Robin Buckley. All you need is an either red and white striped shirt, another blue top, blue shorts, white socks, converse shoes, a red tie, and a sailor hat that you can print the text "AHOY". Don't forget a name tag in case anyone asks!

How misunderstood she is, but her aura is so strongly captivating! Now we get to witness how she became evil. Find or try to make your own black horns, whether you want it small or big. Get a hold of a long black dress with a plunging neckline, then add a black choker and high heels of your choice. With the makeup, intensify your eye makeup with dark shades, cheek contour and red lipstick! Top it off with a black cane and wings if you want.

Ah, a very powerful female hero in the Marvel Universe! She's been through a lot, but it just made her stronger and she got to help a lot of people.

Another version of this common character, but with a different take. This film really left an impact. The main focus of this look is the makeup, which requires white face paint for the whole face, then bluish-green to draw diamonds on top and below the eyelids, and red for the faux brows and famous ear-to-ear smile. If you're up for it, try to spray temporary paint on your hair with the color green. With the outfit, find a green button-up, a yellow vest and red blazer and trousers.

Now this one is so on-trend! The key accessory is the mask followed by the red jumpsuit, so keep an eye for these two. Also as long as you don't hurt people while wearing it, this is a great way to intrigue people and even give up their candy. 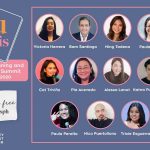 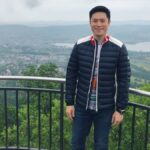 The New Normal According to Wilbros Live’s Glenn Llamas 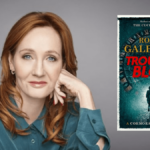 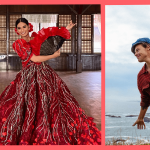 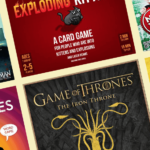 10 Must-Try Board Games For Your Next Game Night 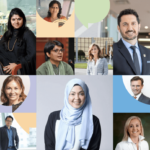